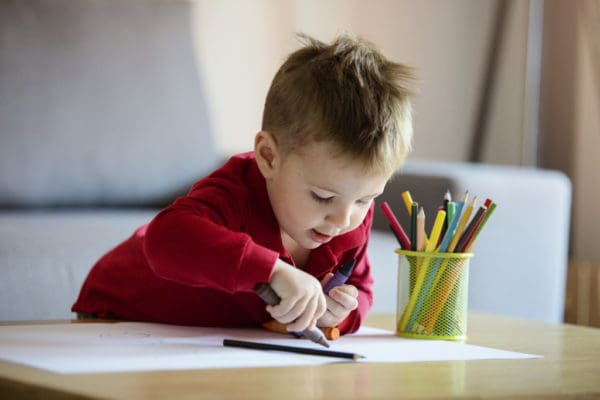 So TV became more common in our household as we navigated the stress of adding another child to the family.  But my newborn?  He just turned two, and my oldest is four now.  Yet our screen habits have continued to spiral out of control since I left my full-time job last spring to stay home with my boys.  And lately, the honest, hard to admit, truth… Our TV is probably on more than it is off.  There, I said it, I confess.  If you can’t relate to this confession than I simply ask that you try not to judge.  This is my truth.  A show a few times a day, turned into a few shows a few times a day.  Sure, go ahead with another episode Netflix, they’re still watching.  Major Mom guilt.

I let my Mom guilt, and our problem, grow unchecked until I heard a report on the radio a few weeks ago about a recent study done at the University of Alberta.  The bottom line, preschoolers who watch more than two hours of TV each day are five times more likely to have behavioral issues.  That, coupled with the fact that excessive screen-time leads to a decrease in emotional health in a developing brain, and I knew I needed to re-evaluate our situation.  I started the first place I always start: Google.

I Googled ‘National Screen-Free Week’ and saw that it was only weeks away.  It was a sign!  I decided right then that we were going for it.  No screens for the kids for a full week, and restricted screen-time for me, a self-admitted smartphone addict.  Ready for another bombshell?  I clicked on the screen-time report under my smartphone settings; I was on my phone an average of over four hours per day.

FOUR hours!  I truly am embarrassed to admit that.  My job relates to social media in a big way, however, my work requirements are closer to four hours a week, not per day.  Apparently, I had become obsessed with knowing everything that everyone was doing on social media at all times, checking Facebook and Instagram almost hourly.  It was clear to me that this was going to be just as challenging for me, as it would be for the kids.  But I was ready to shake things up.

I started by making a list of my intentions for the week:

When the kids went to bed last Sunday night, I removed the TV from the family room that’s attached to their playroom, and I unplugged our main TV.  I was excited and nervous for this experiment.  As my four-year-old rubbed the sleep from his eyes the next morning he said, “Where did my TV go?”  I sat him down and told him we needed to talk.  I told him I had some fun ideas about things we could do during the week, like going to a park every day, playing games, building towers and painting.

He listened wide-eyed with excitement and a smile on his face, until I said, “But we are not going to watch TV this week.”  His jaw dropped, as well as his entire expression.  He looked completely shocked.  I let him think it over and didn’t say anything for a moment.  I looked into his blank gaze and questioned, “Deal?”  “Deal,” he replied with unease.  Three minutes later he asked to watch a show, and I rolled my eyes.  As the week went on he would ask an average of four times a day to watch a show, but by day five, he stopped asking all together!  Here’s how our week went:

Monday: The preschooler was on board from the start and didn’t whine or complain once on that first day.  I was shocked!  The child, who previously cried when it was time to turn the TV off, was accepting not turning it on at all.  The toddler had one meltdown when I wouldn’t give him my phone to watch videos during a car diaper change.  We spent an hour outside.

Tuesday: The ‘magic’ I had heard about started to happen.  The boys were playing together better and sharing toys with each other like I’d never seen before.  With my drastic smartphone screen-time reduction I started to feel less distracted by social media and more focused on our lives and us.  On the way to run errands, the preschooler told me that it was up to me if we never watch TV again, and if that was my decision it was okay with him.  Again, I was shocked.  We spent four hours outside.

Wednesday: This was the day that reality set in; we really weren’t going to give in.  The preschooler whined that he really wanted to watch a show in the morning.  Later in the day upon hurting his foot, he cried tears and the first words out of his mouth were about wanting to watch a show.  This was one of the hardest days for me.  I was borderline anxious because of my social media withdrawals.  What were other people doing?!  It rained all day, and I really wanted a break.  We spent 10 minutes outside and got soaked.

Thursday: This was the first day (maybe since having children?!) that I didn’t take a single photo!  I took 4,000 in the last 12 months, so this was NOT like me.  I kept my smartphone screen-time to one hour all day and it was a challenge.  My husband expressed that he missed my Instagram stories because he liked seeing what I was up to with the boys during the day.  We spent an hour outside.

Friday: By day five, I felt like we were all at peace with our new routines.  For the first time, neither child asked for any screen-time.  We spent 4 hours outside.

Saturday: At this point, it seemed like the kids had completely forgotten that TV existed as an entertainment option.  However, this was my husband’s first day home with us during screen-free week.  He did a great job resisting the screen-time temptation when both of us really wanted to get things done around the house.  He expressed that it was difficult to be productive when we couldn’t use the TV to entertain the children.  I laughed and said, “Yes, welcome to my week.”  We spent 6 hours outside.

Sunday: It happened to be Easter Sunday, and I was missing out on all the cute photos that I knew were being posted on social media.  But it was the home stretch.  Almost done.  The holiday was a welcome distraction.  At the end of the day, I tried to talk to our four-year-old about our week, and he was positive that our screen-free week was much more fun than our usual weeks.  We spent 7 hours outside. 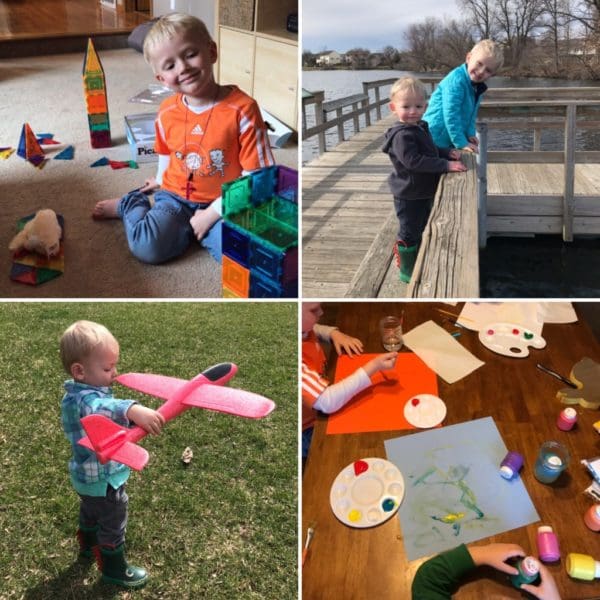 And just like that, it was over.  We survived, no; we thrived, during a full week without television!  Want to know what I discovered?  How I saw my children grow?  And what we learned from going screen-free?  I have so much to tell you, but you have to stay tuned for part two, tomorrow, “Our Screen-Free Week: 6 Ways Life Changed”.  Because like any positive lifestyle change, it’s worth the hard work to see the sweet reward at the end!