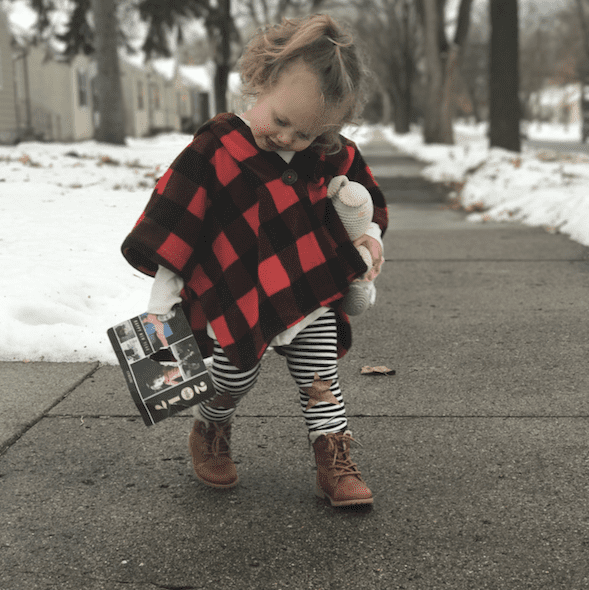 While reading the celebrity interview in the latest issue of Vogue, I had a bizarre thought: what would such an interview look like with my daughter, Rue?
Rue is seven minutes late to the restaurant, but when she walks in smiling her toothy grin, you just can’t be mad at her. “Bunny,” she says, by way of explanation, holding up her stuffed bunny.
She looks—as usual—adorable. A dark shadow of drool spreads across her Peter Pan collar shirt (Zara), which she hides with a buffalo plaid poncho from Old Navy. Her faux-fur lined Cat and Jack boots are on the wrong feet—a statement from the rule-breaking toddler, or an honest mistake?
“SNACK!” she shrieks, and I stop ruminating. It’s time for us to sit down.
In a corner booth, she orders a single scrambled egg—the same thing she eats every morning. Her strict diet consists of one serving of beige protein, twelve servings of fruit, and one single green bean. The secret, I learn, is spitting out the chewed up green bean before swallowing it.
As she pushes her vegetables around her plate, we chat about her recent vacation, a week-long Southern California adventure. “Minnie Mouse house,” she tells me, bouncing up and down. “Teacups, flying elephants! Teacups, flying elephants, rocket ships!” Her volume intensifies, and she nearly hits our waiter with her flailing arms.
The conversation is typical Rue. When something excites her, she’s not shy about broadcasting it to the world, over and over. And over. At increasing volume. I’m jealous, if we’re being honest, of her unbridled enthusiasm. How can one little girl be so happy about…everything?
Rue’s enthusiasm intensifies when she talks about her favorite books (the Hat books by Jon Klassen), songs (anything Taylor Swift), and even her favorite Twin Cities attraction (The giant puppy at the MIA which, sadly, is no longer on exhibit.)
“Pluto and Goofy were a little scary,” she says, even though we stopped talking about Disneyland ten minutes ago.
The waiter clears our plates, and Rue waves her hands in the air. “ALL DONE!” She struggles against her high chair’s seat belt and it’s clear—she’s in charge.
She runs happily back and forth across the restaurant, and I marvel at her joyful disposition. What, if anything, could make this little girl despair?
As we say our goodbyes, Rue trips over her feet. This is it, I think, bracing myself for the wail, but she stands up and turns around.
“Rue fall down!”
She smiles sunnily, and continues on her way. 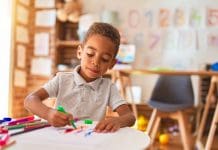 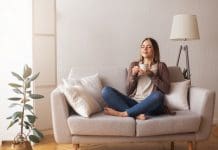 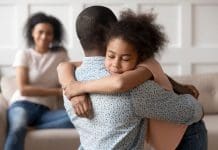