I had packed in record time while my two three-year-old boys—Cooper & Quincy—and my four-year-old daughter—Miloh—buzzed around me with excitement. Long ago, I had a master list and prepped for days, but now my maternal, auto-pilot-packing-instincts kick in, scooping up clothes and snacks, monitors and sound machines, coolers and life jackets. Pretty soon, we were packed in and buckled up, me delightedly in the driver’s seat while my husband takes the passenger seat to “do some work on the way up.” Oh, bless his heart. Before we even pull out, he’s recognized that by not driving, he has unknowingly become the kids’ caravan concierge: snack-giver, book deliverer, song-skipper. 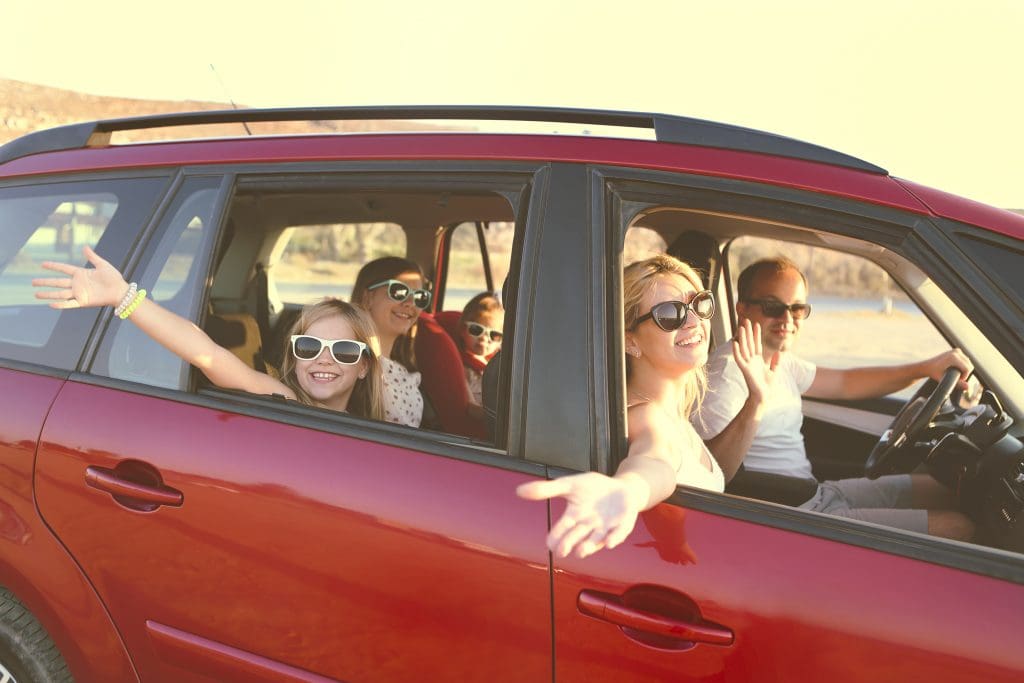 Our cabin, which is actually my parent’s house on a lake, is a quick two-hour drive up I-94 toward Alexandria. Lately, we’re in the habit of checking how bad the traffic is around Albertville, but when my husband opens up Google Maps, he reports that our normal route isn’t even offered as an option.

Me: “94 isn’t closed. I would have heard about that.” I roll my eyes and pluck his phone from his hands, insisting he didn’t put in the right address. Confirming his competency and shooting him an apologetic look, I numbly hand the phone back.

Him: “It says we should take the backroads…and it’s going to add an hour onto our trip.”

Me: “No. A whole hour? That can’t be right.” Cue me grabbing the phone again in disbelief.

We look at each other wide-eyed, as though we’ve been giving a life-altering medical diagnosis. Taking a deep breath, like a warrior going into battle, I shift the gear into drive just as one of the twins asks, “How many more minutes?”

We’ve taken an alternative route to my cabin before, but this route is new to us and truly off the beaten path. Half an hour in, we hear the dreaded, “I have to go potty.”

This phrase causes a visceral reaction in my husband and me for many reasons.

Number one: We don’t know where the nearest gas stations are. Michael frantically searches google maps while I call out a cheery, hopeful-yet-absolutely-not-based-on-anything: “Six minutes until the gas station!”

Number two: It’s quite frankly a hassle to unbuckle and re-buckle three kids in their car seats in general, but even more a burden when we’re packed to the gills. It takes a choreographed tuck-and-roll to extricate my youngest out of the back row through the trunk.

Number three: The twins have a fear of the self-flushing toilets (the bane of my existence.)

Cooper’s pleas become more and more urgent as I desperately try not to go all Fast and Furious in the van. We finally arrive victoriously, only to hear Cooper say, “I don’t have to go potty anymore.” My husband and I look at each other, and he calmly asks, “Did you pee in your pants?” to which Cooper jovially confirms.

As I blot off his car seat with some napkins, my husband opens the trunk, only for the cooler to come tumbling out on his feet, sending chicken nuggets and Trulys rolling away.

The kicker? I can’t physically reach the suitcase with Cooper’s clothes in it, so I grab the next best thing: his swimsuit.

The kids know that we take turns when it comes to choosing which CD to listen to, whether it be a delightful Disney princess story or movie soundtracks from the library.

But lately, the kids have gotten less, er, agreeable, with one another’s choices: “I can’t hear!” “This song is scar-wee!” “Too loud!”

While reassuring that Maleficent isn’t in the car with us, I attempt to mess with the front and rear stereo speakers within the car, like a DJ at the clubs I used to frequent.

I have now resorted to stuffing my face with rainbow-colored goldfish while brooding about how Sleeping Beauty just merrily accepts that her aunts have lied to her for 16 years and willingly go back to the kingdom. Seriously? And they couldn’t have waited to use their magic just one day past her 16th birthday? Girlfriend didn’t need a birthday cake and new dress that badly, Mistress Merryweather.

My mind then wanders to the things I forgot to do (run the dishwasher—that is going to be one stinky son-on-a-gun when I get home) and bring (nighttime diapers…so much for my maternal auto-pilot instincts), not to mention how the first thing I need to do when we arrive is strip off Cooper’s car seat padding, wash it and then attempt to reassemble it like an origami swan.

“How many more minutes?” yells from behind.

Two hours in, I hear my 4-year-old ask her brothers a question. This launches into a whole conversation between the three of them, which leads to “I pie” (aka I Spy), which leads to giggles. My husband and I exchange grins, delighting in a moment where neither of us are facilitating and reassured that we’re doing the right thing to trap these littles into a car with us. Making memories!

Quincy asks for a snack and when I ask him what he wants, he says, “Butt cracks.” The car erupts in laughter.

We’re in the home stretch; our destination lingers a half hour away. Cooper announces he has to pee again and, learning from my previous mistake, I pull over so he can piddle in the weeds. It’s our first ‘pee on the side of the road’ stop and I feel like I’ve earned a badge on my ‘boy mom’ sash.

Back on the road, it has come to our attention—by a shrieking Quincy—that there is a fly in the car. We open the windows, confirm it isn’t a bee or a mosquito, and reassure him that it’s a normal house fly. But after a couple minutes, I pull over again, open all the doors and my husband and I vigorously swat like we’re shaking a polaroid picture.

It’s almost a blessing we’ve taken backroads so we’re easily able to pull on and off at our leisure. Almost.

As the answers to “how many more minutes” start to dwindle down, I begin to unclench my jaw, loosen my white-knuckled grip on the steering wheel and recognize that things are starting to look familiar on this foreign road. The glittery sparkle of the magnificent Lake Minnewaska enters our view, and I smile at my husband. We did it! There may be a thin layer of Cheez-It dust on the floor along with the stale scent of urine, but we made it.

I see the grinning face of my parents as we pull in, hug my mom and inform her: “We’re moving in! I’m not doing that drive ever again.”