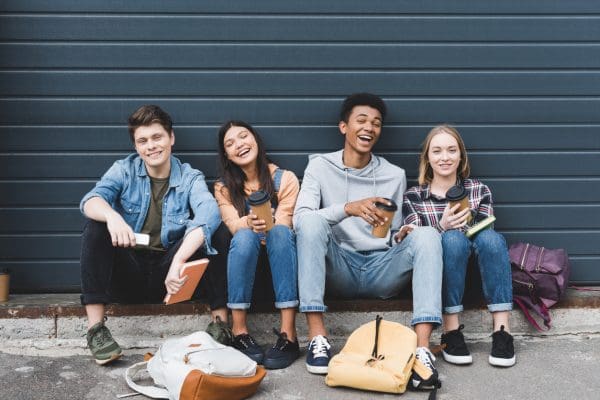 Did you even know that was a thing?! I have a teenager and I literally laughed out loud when I learned it was a legitimate day. I thought every day was National Teenager Day. I mean, that’s what they think, right?!

I say it with a chuckle, but I also can’t be quick to apologize for it. If you have a teenager, you probably know what I’m talking about. Because there are days when teens have tunnel vision the width of a pencil and fail to recognize what’s going on around them. I can say this with utmost confidence because I was once a teenager and I know I gave off that same  attitude.

March. In like a lion and out like a lamb. The weather is typically moody this time of year, alternating between snow (thank you, Minnesota), rain, wind, sunshine and even some friendly temperatures. It’s a messy month that has a complete mind of its own. How appropriate that it would also make way for a day dedicated to celebrate an adolescent age that falls right in line with the same crazy tune.

My teenager will be sixteen next month. We navigated and survived the awkward middle school years with basketball, braces and big grocery bills. They were three years of change, growth and constant emphatic reminders to “use your head.”  His first two years of high school have been anything but extraordinary. A freshman year that ended with the onset of a pandemic and a sophomore year that has been primarily and involuntarily spent at home. It has not been the subsequent teenage years that I envisioned and that causes my heart to bend inside. Teenagers deserve these important years. Ones that allow them to be filled with friends and fun without rigorous responsibility. I silently mourn for the teens who didn’t get homecoming, prom or a formal graduation ceremony. Those are big things during a small period of life that are meant to be a memory to look back on. However, teens are also a buoyant bunch. They have the ability to bounce back with substantial strength that allows them to be an even greater force to be reckoned with. It’s part of why I love this age. Their strength often surprises me because sometimes my mind is still stuck on the idea that they’re just four years old.

Teenagers are a special population. Their desire for independence comes with endearment and exasperation. Their charm can be a beautiful mix of brazen and bashful. They’re messy and moody, but also funny and forgiving. They can be easily disgusted by their family but defensive of their friends. When they’re not required to be anywhere or do anything, their routine is to sleep, eat, poop, and repeat. It’s like a baby but without the cuddles on the couch or that magical newborn smell. Speaking of smell, that’s another fantastic thing about teenagers. THEY SMELL. And sometimes they smell bad. Luckily, they can wipe their own butt. So, I’ll call it even.

Teenagers have dreams that they don’t always share but you know they exist. They see above and beyond their limitations and start to realize they’re not bound by the four walls of their home. They have a wonderful way of discreetly letting you know they still need you without letting you know they need you. They may not be as vocal as a toddler or as chatty as a preschooler, but on those rare occasions when they are, you tend to perk up with careful attention (while also trying not to smile like an idiot). After all, those moments don’t come a dime a dozen anymore.

I am certain that teenagers have a quiet appreciation for their moms – the woman who gave them life in every way possible. It’s a hard age to express those feelings without feeling uncomfortable or even embarrassed. But when your teenager graciously thanks you for dinner when it was simply a couple of grilled cheese sandwiches, some fruit, and the chips they picked out from the pantry or starts a random conversation about some sports trivia or video game update that you could care less about, you know they’re giving you a sign that they love you.

Teenagers tend to speak louder through their actions than with their words. As someone whose love language is words of affirmation, I’ve had to recognize that my son speaks a different language. He likes quality time. Which means you’ll find us on the tennis courts together, hitting up local trails with our bikes, grabbing lunch or even just a trip to Costco together. And you know what? I love them all. Because I love him.

I don’t need one special day to recognize that my teenager is pretty dang awesome. But I will certainly use the day to embrace every aspect of motherhood that comes with raising a teen. It’s an age that leaves me breathless some days because I’m either exhausted (teaching a teen to drive is stressful – believe me) or overwhelmed with the emotions that I’m only left with just a couple years of being his four walls. But if I can Google the day as proof that it does exist and therefore force my teen to spend time with me and maybe even sneak in an extra hug, then YES, I’m here for it!

If you have a teenager, I hope you’ll consider doing something special to honor them and show the extra love. Even if it’s only with a hearty hug and a hi-five. Just tell them it’s the latest TikTok trend. 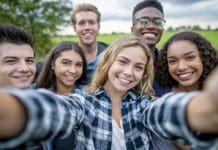 Parenting Teens: When They’re Too Cool for Camp

7 Summer Traditions to Start With Your Family

Living in the Moment with Your Kids This Summer

Twin Cities Mom Collective - June 23, 2021 0
If you've ever struggled with living in the moment with your kids, our partners at Kinderberry Hill share small ways we can seize the...

These Three Books Could Be Your Emotional Guides

A Recipe for the Perfect Day