I spent the better half of a decade always drifting off to sleep the same way: imagining how I would decorate a future home. Sometimes it was a made-up floor plan I’d imagine room by room, other times it was a house of a friend or family member, sometimes it was a previous apartment. It was always the same thinking, my own version of counting sheep, I would begin at the front step and work my way inside. A welcome mat here, a row of hooks for coats and hats there. I would be asleep before I got too far, drifting off in whatever temporary apartment I lived in on a slightly sad, but still sort of comfortable mattress.

My apartments became my domains, a place where I had control and clarity, peace and stillness. During a time in my life when I greatly lacked both, once I stepped outside of my door. I loved creating interesting DIYs from thrift store and sometimes curbside treasures. I was insanely skilled at making my tiny budget not an excuse for having an ugly home. As I grew my business and moved again, this time to an apartment in St. Paul, I considered thinking about buying. A home was so much a part of my dream for my life, but mostly a family to fill it.

I felt inclined to pause. While charming and light and airy in all the stylish ways, my building had problems. The company that owned it was large, spanning properties in both Minneapolis and St. Paul. I had been wary to sign the lease, knowing the pitfalls of renting from bigger leasing companies. I was drawn in though, by the siren’s call of the art deco tile, the quiet tenants, and the dreamy garage—finally, no more cleaning off my car on freezing winter mornings! Sometimes the washing and drying machines shut off for days without plans for repair. The family I nannied for insisted I bring my laundry to their house. The plumbing was notoriously poor—sometimes water would shut off for no reason, I’d be left freezing and with a prayer, covered in suds hoping it would turn back on. It took almost an hour to draw a tub.

Finally, I was exhausted of making requests through the repair channel. I found the phone number of the owner and threatened to call the news if he didn’t fix our water. Within a week a plumber was out replacing every pipe. When he got to my apartment, he said to me that he hadn’t seen plumbing so bad.

Eventually I left that apartment to move in with my boyfriend who owned a condo across the river in Minneapolis. There I felt strange, I was on his turf and his décor felt odd and foreign to me. While my previous apartments had been shabby chic with white paint, Seth’s home was a curated bachelor pad befit with blacks and grays, and a giant pool table. Which, incidentally about a year later we’d place our daughter’s bassinet on and I’d fold piles of new mama laundry. I didn’t think downtown was a neighborhood, I was disoriented. The other, mostly retired owners in the building hated our dog, having the property manager send us incident reports and letters about him. For the first time in my life, despite moving to a significantly upscale place, I had packages stolen. Once we learned our daughter was on her way we began the home searching process which brought all sorts of twists and turns, as I’ve learned it has a tendency to do.

On a May afternoon Seth sent me a link to a stunning, Gothic Victorian. Our patio door was open, the best part of living in Minneapolis happening all around us, and our daughter sat happily playing on a rug with stacking toys. This home was in Stillwater, which felt doable to me, but still a stretch. I was drawn in by the house. The house! It was beautiful and reminded me of a Victorian home coloring book I’d had on a summer road trip as a kid. Within a month we were preparing to move. It felt surreal and wonderful, all the while I felt like an emotional wreck leaving the city. I cried on the day before our closing, to a confused and bewildered Seth. 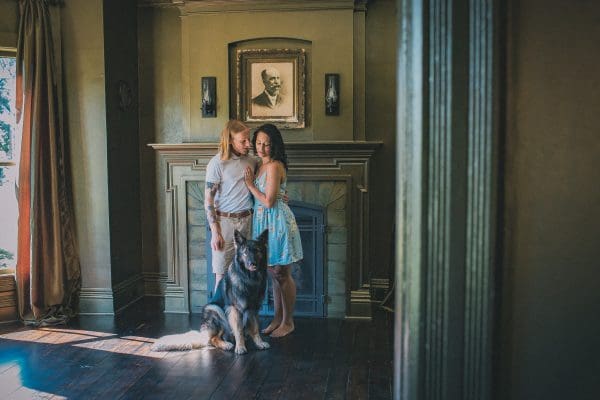 Our first morning in the house we woke up, all three of us well rested with very sparse furniture and many boxes to unpack. My friend Jess came to capture photos of this magical moment for us. I couldn’t believe it; we were now living in a home. Our home.

The emotions I still feel about this are very complex and deep, hard to even articulate. I know how special it is to have a home, to find such a unique one, and for Priscilla to grow up in such a beautiful space. I know every day the stories and struggles many face in attempting access to fair housing, our city’s history of racial covenants especially in desirable Southwest Minneapolis, the destruction of Rondo so I-94 could be built, and the isolation of the Northside.

Sometimes people drive by and take photos of our home. I wave at them. For weeks after moving I felt like we just worked here, not that it was ours. This house was built in 1872, just a handful of years after the end of the Civil War. I’m astounded, that myself, a descendant of slaves and coal miners, is raising a family in a home like this. 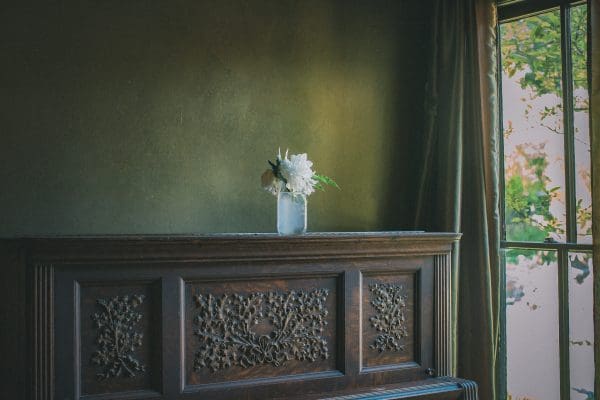 On Christmas I realized we had lived in our house for six months. We’re just putting down roots, deciding on paint colors, and talking about making space for this second baby set to arrive this June, which will beautifully mark a year here. I spend most of my time at home, these freezing weeks at the beginning of the year with illnesses making the rounds. I love watching Priscilla take tentative steps across the wide, dark wood floors. I look forward to watching the sunrise after pulling back the curtains in her nursery. I love ending the evening sitting in front of the fireplace with Seth. I hope this home will be a happy and joyful place for our children to live and grow. We are grateful. 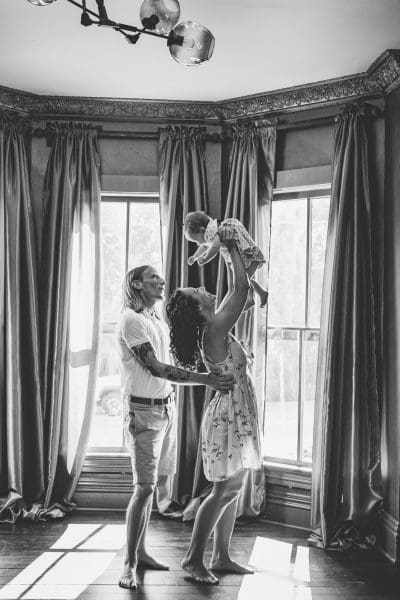 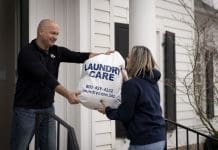 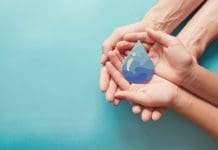 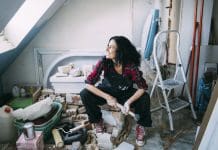 Home Improvement Pep Talk: From One Mom to Another