Facebook
Twitter
Pinterest
ReddIt
Email
This week marks Pregnancy and Infant Loss Awareness Day on October 15th, and October as a month is set aside to bring awareness to the families whose lives are forever altered by the death of their children during pregnancy, and birth and in infancy. This week we take time to remember, to support and to surround the 1 in 4 people who have experienced this heartbreak. You are not alone. We feel the loss of our babies, whether it's marked on the calendar or not, but often it can feel as if you're the only one remembering. "Even those who never fully blossom bring beauty into the world." ~ Author Unknown 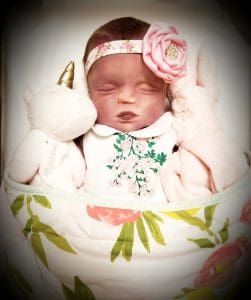 I was 20 weeks pregnant when doctors detected a lethal form of dwarfism in my daughter on the ultrasound. The condition meant my sweet baby girl would die of respiratory failure at birth. The news was so shocking I couldn’t fully comprehend what was happening for weeks after.

It was there in that cold and empty consult room, I discovered the true meaning of “denial” and my journey through grief began. For weeks I anxiously scanned every medical report I could find. I laid in my bed at night with my eyes glued to my phone. I became an insomniac desperate to find one positive story I could cling to. Just one small glimmer of hope, so I could sleep through the night.

The next month was an emotional rollercoaster from hell. We remained optimistic that Audrina would prove the doctors wrong. I tried to stay positive and imagine her with us despite what the experts were saying. However, our faith train fizzled out after we received heartbreaking news from genetic councilors at Abbott Northwestern Hospital. The amniocentesis came back positive, identifying the FGFR3 genetic mutation code consistent with the diagnosis for Thanophoric Dysplasia.

In that moment, I decided to surrender to God’s will, and accept his plans for me and for us as a family. With strength and grace, I was determined to carry a child to term who was destined to die. The next few months were the darkest, most lonely and terrifying of my life. I woke up every morning with a heavy heart, counting down the days I had left with my sweet baby girl. I could feel her moving around daily, which made it so hard to believe she wouldn’t make it.

I tried to prepare myself as best I could for her expected fate, but a casual trip to the doctor’s office proved to me I was never truly ready. Every time they checked for her heartbeat, mine would start racing. Every. Single. Time. Panic would set in, I would lose my breath as the room would start to spin. It wouldn’t have mattered if I lost her at 12 weeks, 20, or 37. No matter what, I was going to lose her in the end and the magnitude of that reality was uncomprehendingly terrible.

I still had the anticipation of meeting her like any other expecting mother would, but it was combined with her doomed fate. I carefully planned out her birth and considered how to document her short life. I picked out two dresses and a couple other baby items for her, which seemed to indicate hope still lingered in my heart. Unfortunately though, she would never get to use those items. Along with an entire wardrobe and closet full of beautiful accessories for her first year of life.

I couldn’t bear the thought of my husband having to sort through her belongings after her birth, so I packed them all away the same week we found out about her death bearing condition. After we lost her, it took me almost a year to muster up the courage to open the storage bin of her things. To me, each outfit held a haunting sense of wonder. A shattered dream of who she would have been at the age she fit the outfit. There are still certain pieces that erupt the most unbearable pain.

In the days leading up to her birth, I felt excited to finally meet her, but also terrified to finally lose her. Not only was I dealing with my own grief, but I had an assortment of pregnancy related issues. Hormones only seemed to accentuate my grief. Anger was felt as rage, sadness was felt as despair. The crying spells seemed to last forever. There were days I felt I didn’t spend enough time with her, other days I just wanted the nightmare to end. All the stress, anxiety and depression was hanging on her inevitable passing.

The most frightening realization was accepting and preparing for the moment when I would meet her sweet face, fall deeply in love and then lose her. All within a matter of minutes. I feared this would be the pivotal moment of my undoing. There were times I thought I wouldn’t survive the loss.

However, I’ve come to realize now, meeting her didn’t save me from the pain, it just made it worth it.

She’s worth it. I now have a beautiful face to put with her name. Nothing will ever take away the fact that she is my daughter. Living a life without her has shown me a pain I never knew was possible. But, then again just the mere thought of her existence can only leave me grateful. If you ask me if I would do it all over again just so she could enter this world as my daughter, my precious girl I could hold in my arms for a moment, my reply will always be: In a heartbeat. It’s devastating to live a lifetime apart, but until we meet again, I’ll carry her in my heart.

I believe Audrina was born into eternity. I like to imagine her somewhere up in heaven dancing in a field of wildflowers, twirling around in a pink floral sundress. I can see her smiling at butterflies and laughing at fluffy bunnies, living in a state of complete joy with the love of God lighting up her world. I often think about the day we will finally be reunited. I picture myself gray with age, after a life well lived, still waking up every morning wondering, waiting and wishing she was here. I’m fairly certain I won’t fear death. After spending nearly a lifetime in anticipation, I will finally get to meet her.

We would be honored to help you remember your babies and mark their name on our Forever Loved Wall. You can do so by clicking HERE. 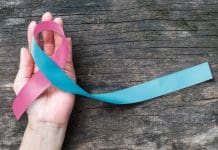 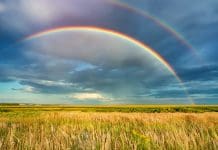 Without Rain, There Would Be No Rainbow 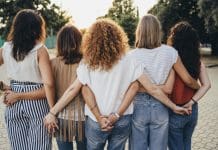 We are Mothers Who Have Lost