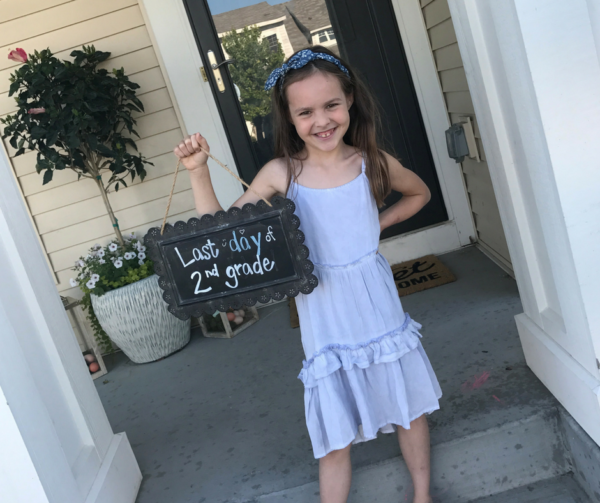 The night before the last day of second grade, she was in my bed, laying there, not wanting to sleep in her own bed. Why? There are usually about a million reasons they can come up with, aren’t there? Maybe we should let the first 500,000 reasons win with a “yes,” because as I looked down at her it suddenly dawned on me what the end of second grade really meant.

When she was in Pre-School, she was just four until the end of the year. She was to turn five just two weeks before school would start, so I went into my end-of-the-year preschool conference with an arsenal of reasons that she should stay tiny for another year. Her teachers didn’t seem to think my million reasons mattered, nor would they say yes to any of the first 500,000 I threw their way. Her teacher quietly looked at me and said, “I know. But she’s ready.” And she was right.

So, off to Kindergarten she went, just two weeks after her fifth birthday. And her teacher was right. She has not only survived or thrived, she has blossomed. She’s become the beautiful, strong, curious and brilliant girl she always was, yet more vibrant than before. She was not more than ready. And so, in a moment so similar to the one in which I realized, in her pre-school classroom, that her teacher was right, I looked down at her in my bed before we’d carry her to her own, that I had just a decade left with her.

She was ready, but I was not. Because I knew the moment would come down the road that at just two weeks into having been 18-years old, she would leave me. And so, my sweet Sophia Dorothy, I say to you:

A decade with you would never be enough. But, my little love, that is all we have left at home together. And even in those 10 years, you will slowly slip from my enveloping hug to the tips of my fingertips. You are mine, and I see myself in you so much that it’s terrifying. So much so that I know that the moment freedom is legally yours, you will no longer be mine. Or so you think. You will run to freedom, and feel her so deeply, but I will always be here, waiting, for the moments you again need the safety of the nest, and there will always be room for you here. And until then, I’ll say yes more than logic deems proper, hold you longer than experts say is healthy, and as long as you ask, I’ll sing all five verses of “Twinkle, Twinkle Little Star.” For I’ll never know which request will be the last, but always be ready to give you an encore. Happy 3rd grade, my biggest little love.

Run home, my little love, as often as you are prompted. If not for your heart, then please, for mine. 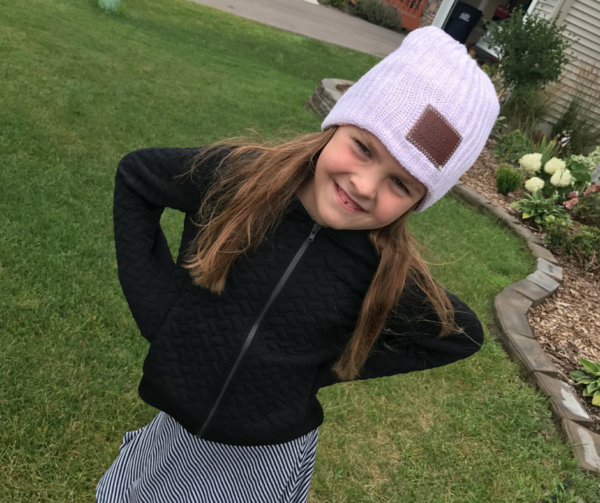