Mental illnesses are not dependent upon any outside life conditions or events. Somehow I let that lesson slip after the birth of my daughter, despite having dealt with depression and anxiety for most of my life. Knowing I was susceptible and thinking that I knew what to look out for still didn’t keep me from missing the signs of PPD. At first, I tried to reason my depression and anxiety away. If you’ve ever tried that tactic, you know it doesn’t work.

Postpartum depression (PPD) and postpartum anxiety (PPA) don’t have qualifiers like how well your birth went or whether or not you have an “easy” baby. While difficult births, limited support, a history of depression, and even having more than one child contribute to risk factors, PPD can happen to anyone. It’s thought that at least 1 in 7 moms will have PPD. PPD symptoms can affect men too, 1 in 10 will experience depression before or after the birth of a baby.

Adoptive parents are also at risk for post-adoption depression. There are also other postpartum conditions that are being more understood such as postpartum psychosis (PPP), postpartum obsessive-compulsive disorder (PPOCD), and postpartum post-traumatic stress disorder (PPTSD). Not one of these parents did anything to cause their depression and they are no less loving to their babies. Seeking help is just another sign that they, that we, care deeply for our children. 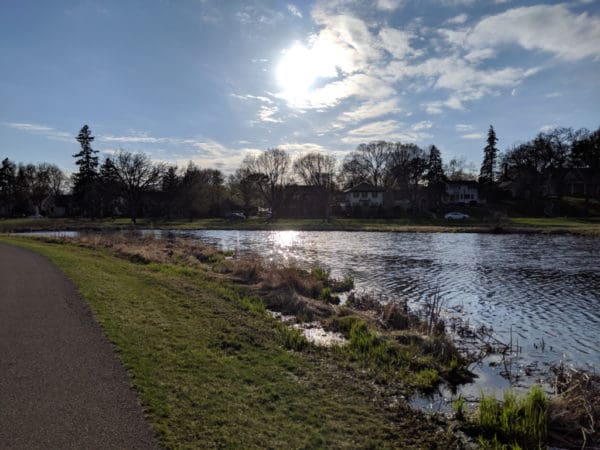 Postpartum mental conditions can happen at any time. Most people will experience symptoms around 3 weeks after birth, but it can start as early as pregnancy and as late as 12 months after birth. Depression or anxiety related to being postpartum can still occur after 12 months, it just has a different diagnosis. My own PPD with PPA diagnosis was two weeks after my daughter’s first birthday, though it had really kicked in around 2 or 3 months prior.

As a nineteen-year-old college freshman, I was actually surprised when I was first diagnosed with severe depression and anxiety. I knew that there were plenty of people with more difficult lives than my own. I felt I didn’t have the right to be depressed. That didn’t stop me from actually being depressed, but it caused me to ignore my symptoms. Crying multiple times a day, sleeping 12-14 hours and still being tired, no appetite, and definitely no interest in leaving my dorm was my new norm. Luckily, a roommate intervened and after five years of medication and therapy, I was able to be symptom-free for over ten years.

When I became pregnant, I knew my body was in for some big chemical changes. Of course, there would be life changes as well, but I had lots of close friends and family that were open about parenthood. I thought I was prepared for that too. (Yes, I am chuckling at myself as I write that.) With my mental history, I felt like I had a good chance of seeing those old symptoms resurface. My midwives, husband and I were especially on the lookout for depression after my daughter’s birth.

I was pleasantly surprised when all the tears those first couple of weeks were only happy ones (so many tears, though). And my hormone swings settled down after a month or so! I was sure I was “in the clear”. I told my doctor at my 6-week checkup that I felt fine and didn’t think I had to worry about it again.

However, as the months went on frustration, stress, worry, and sadness began to build. I wasn’t experiencing the extreme physical symptoms of depression I had years before, so I chalked it up to normal parenthood difficulties. I figured everyone was going through the same thing, including my husband, so I didn’t speak up. We had tried for three years to have this baby, I was fortunate to be able to stay home with her full-time, and everyone was healthy. How could I possibly complain? 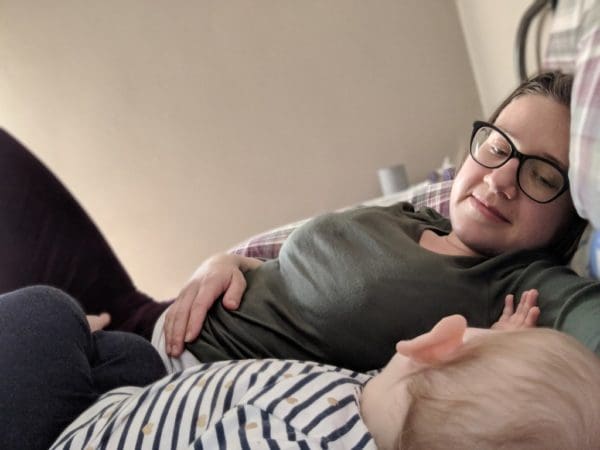 I’m sure at some point you’ve been told how lucky you are. Maybe you have family to help out. You and your partner work from home. This is your 2nd/3rd/9th baby, so surely it’s easy for you now. Your baby was only in the NICU for two weeks instead of four. Try not to let those comments or facts convince you that things can’t still be difficult just because they could potentially be more difficult. Don’t convince yourself that you don’t deserve to talk to someone about it. Reasons things could be worse don’t make things better.

Despite all the reasons I told myself I was lucky, my anxiety mounted. Irritability was new for me. I was resentful that my husband’s life didn’t seem to change as much as mine did. The pains of my pregnancy didn’t go away, they just seemed to relocate to new places. Insomnia was also new. Even when my baby slept well, I’d lay awake. Mostly, I was constantly terrified that I would mess up. Every decision and interaction with my baby felt like an opportunity to either be a perfect mom or fail her entirely. I grew angry when my husband didn’t place the same extreme and damaging pressure on himself, making me afraid he would fail her too. You can imagine how well we were getting along with that kind of pressure on us both.

When it comes to PPD we hear a lot about the later scary symptoms such as no interest in taking care of yourself, little to no affection for others, or wanting to harm yourself or your baby. There are other early symptoms as well, that for me just sounded like symptoms of being a parent. I learned though that while some challenges are normal and expected, that doesn’t mean you need to suffer through them. Everyone is doing more, everyone is transitioning, and everyone has challenges. But it affects us all differently.

Finally, a week before my daughter’s first birthday, sitting in a circle among other parents at ECFE I said, “I think December was the hardest month of my life.” At first, I started to walk it back, thinking that couldn’t possibly be true, but stopped and sat with it. Whether it was true or not didn’t matter. That’s how it felt. That day I reached out in all directions. I asked for therapist recommendations from Facebook groups, my doula, my doctor/midwife/nurse team, and friends. It was difficult to find a clinic or provider that felt compatible. I asked a fellow mom who had spoken openly about her therapy. Through her clinic, I found a wonderful provider.

From WebMD, these are early signs to look for. I really encourage you to read them, whether you think you have symptoms or not. You could potentially recognize something in a friend, partner, coworker, or family member. My roommate in college probably saved my life just by telling me that she was concerned and that she thought I needed help. I now know that I had a lot of these early signs, but missed them by looking for the severe symptoms.

In my first session alone, I learned that depression and anxiety are perfectly reasonable for any parent. There are plenty of valid reasons to struggle as a parent, regardless of how prepared you are or how “easy” your child is. It’s also helpful to talk to someone who knows exactly how to talk to me. I never feel judged for my feelings or that I’m complaining to someone who may have it worse. There’s no potential argument with my husband when I’m trying to figure out why I feel the way I do. The relationship between patient and provider fosters a completely safe and non-judgmental space. This is an awesome place to just be for an hour every week or so. 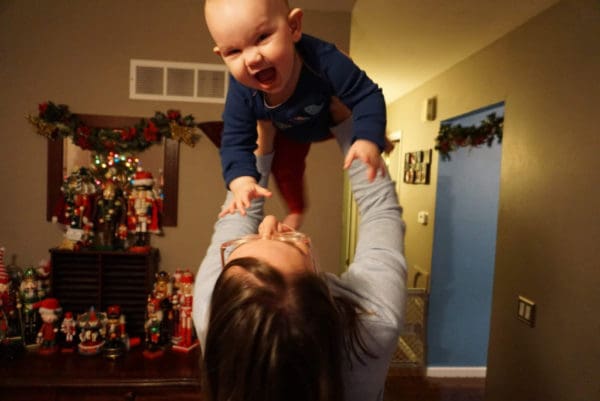 As I mentioned, I found my therapist through another mom. I also solicited recommendations in social media groups and got tons of responses. Your health insurance company will have a list of providers. Your Ob/midwife/nurse or doula has referrals. There are even walk-in clinics if you want something sooner than later. Pregnancy and Postpartum Support Minnesota has a phone and email support as well as a provider directory.

After a month of therapy, I am already feeling so much pressure release. Although I have a lot of work ahead of me, I’m setting up myself for a parenthood of better mental health. That doesn’t mean I will be a perfect or there won’t be times that I’ll need help again. I read recently that in parenthood the struggle is real, but suffering is optional. For me, that is turning out to be true and I am learning how to opt-out of that suffering.

When you seek help for PPD/PPA, there are no qualifications for getting help. They don’t ask you how often your baby wakes at night or if they cry a lot. They don’t turn you away if you have a live-in nanny or a wonderfully supportive partner. Your mood does not need to be defined as depressed or anxious, all of the time or any of the time, to deserve better. You don’t need to be sure there’s a problem to benefit from talking to someone. You don’t even need to agree that you deserve to be happy, but you do.