I felt a bit blindsided by motherhood.

I’m just being honest. Judge if you will.

But like I said… blindsided. As soon as I found out I was expecting, people started giving me advice. They told me how challenging motherhood was going to be, but quickly followed it up with something like, “but it’s SOOOO worth it.”

And they were right.

BUT, I’m a planner, you see – an extreme planner, to be exact. I like to know details, people, DETAILS. So, I’m not sure if my friends and family were just afraid to talk about HOW exactly motherhood can be hard, if they didn’t want to feel like they were “raining on my parade,” or if they just believed that ignorance would somehow be bliss, but they were wrong. Looking back, I wish just ONE person would have looked me in the eye and said, “Let me give it to you straight, sister…”

Motherhood will undoubtedly be “the greatest thing you’ve ever done,” but that doesn’t necessarily mean what you think it means. It doesn’t mean your life will suddenly be perfect and turn into nothing but sunshine and baby snuggles. You’ll still have hard days and hard weeks and hard months. And when I say “hard,” I mean a whole new type of hard you’ve never experienced before. And that’s precisely why it will be that greatest thing you’ve ever done. Because it will stretch you and push you and challenge you in ways you never imagined. Loving someone more than yourself will do that to you. It will teach you to sacrifice. It will make you stronger, but softer, wiser and more intentional. Motherhood will change you for the better.

Motherhood will also be hard on your marriage. You and your spouse will bump heads as you both try to transition into your new role as parents. You’ll both be trying to give it your all while simultaneously trying to find yourselves amongst the constant responsibility. You’ll fight over silly things and big things and things that are pure figments of your imagination caused simply by lack of sleep and caffeine inhalation. So, put date nights on the calendar NOW, before baby comes. Give each other grace. And go to bed angry. Yes, you heard me right. Chances are, you will both just be really tired, and when you wake up in the morning after finally getting some rest, you’ll likely laugh at whatever you were fighting about or have forgotten about it all together.

A lot will change when you become a mother, and the first few weeks and months may be a bit of gut-kick (as if the baby recently departing from that general region wasn’t enough).

You might cry a lot. You might have temper tantrums of your own. You might binge-eat cream cheese danishes and feel totally disconnected from your postpartum body. You might want to punch your husband in the throat for forgetting cookie dough on his grocery store run. You might not do laundry for a month. You might do all of these things or none of these things.

Life will probably feel messy and chaotic and different. And that’s ok. That’s normal. Do you know what else is ok?

It’s ok to say “no” to a visitor for no good reason other than you’re not feeling up to it.

It’s ok to daydream about your child-free days.

It’s ok to not want to leave your baby with anyone.

It’s ok to not know exactly why the baby is screaming.

It’s ok to leave events early to avoid messing with nap time or bedtime, or just because you’re tired.

And none of these things will make you a bad mom. Not one bit. Not even a little. As a matter of fact, even though most people won’t admit to having these feelings or emotions, I promise you that they all have at one point or another. It’s normal. You’re normal. You’re a good mom.

It’s ok to take your sweet time adjusting to motherhood. Don’t let others pressure you to feel a certain way or parent a certain way. Just take your sweet, sweet time, mama. And if you’re feeling like it’s taking longer than you expected for parenting to feel “normal,” then just give it another month. Or two. Or three. Slowly, but surely, it will all start to get easier. One day, sooner than you expected, you’ll look that sweet little baby in the eye and feel at home.

And that’s what I wish someone would have told me. No, it wouldn’t have made the challenges any less challenging, the sleepless nights any less exhausting, or the transformation into motherhood any less life-altering. But do you know what it WOULD have done? It would have reassured me that all of the endless feelings and fears and struggles were normal, that I wasn’t the first woman in the world to feel overwhelmed or scared or unequipped, and that despite all of my insecurities, I was still a good mom.

And you are too. 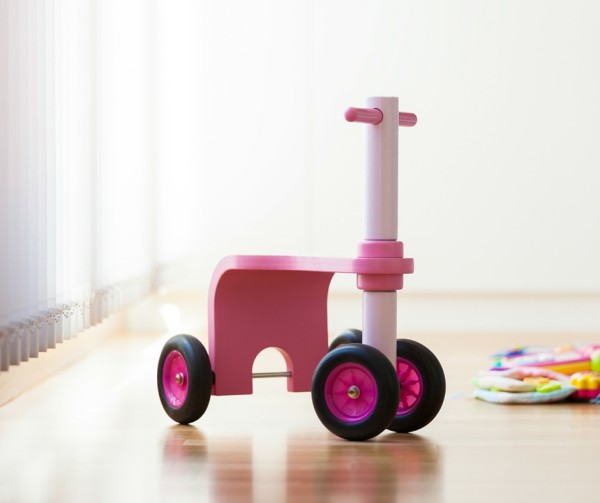