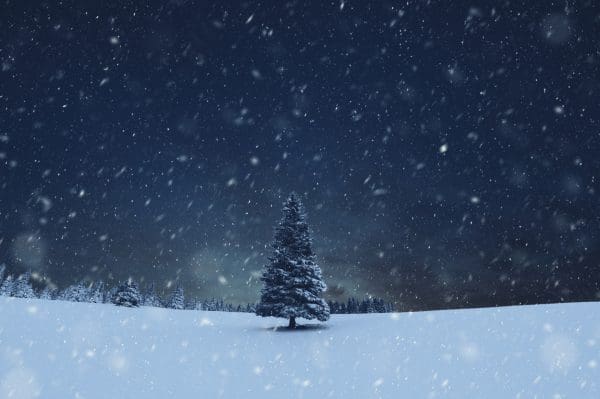 There are scenes from various Christmas movies that bring me to tears every year no matter how many times I watch them. There is the part in White Christmas when they open the doors and discover it’s snowing outside, and yes I know it’s ridiculous but how can you not get caught up in that joy? Or the scene at the end of Home Alone when Kevin’s mom thinks he is mad at her for leaving him at Christmas (talk about mom guilt.) And of course who hasn’t ugly cried into their mulled wine at It’s a Wonderful Life when all the townspeople offer George Bailey money to bail him out of jail.

However, the scene that has the most personal significance for me is in Love Actually. Emma Thomson’s character has just uncovered signs of her husband’s infidelity and weeps over this in her bedroom. But her children’s Christmas play is that night. There is no time to grieve. The only choice she has is to swallow her sobs, dab at her puffy eyes, stretch the biggest smile she can muster across her devastated face, and carry on with Christmas.

This is all too familiar.

If the ghost of Christmas past visited me in my dreams tonight, the viewing would look like any other mom of young children. There would be Santa visits and cookie baking, Christmas light viewing and present opening. There would be snuggles under twinkling trees and reading of favorite books. There would be Christmas magic like there always is with children this time of year.

I couldn’t be alone on this. We’ve all been reminded before who deserves much of the credit for Christmas magic. In most cases, it’s the mom. She’s the one that orders the gifts and organizes the calendar. She’s the one that plans the menus and coordinates the outfits. She’s the one that sprinkles the joy over every decked hall because her mother did it before and all the other mothers seem to be doing it and besides, people keep reminding her there are only so many Christmases before the magic starts to dwindle.

And so despite the shadows that darken our hearts, we do what we have to do to make that magic happen. Oh, we KNOW we should slow down. We know we don’t HAVE to do it all.

But if you ever saw the way a child’s eyes light up when they first lay eyes on that sparkly tree, you’d want to find a way to create that magic, too. Besides, we are weary. We are dispirited. We are dark. Maybe we just want our eyes to sparkle, too.

If ever there was a moment that cries out for magic, this would be the year.

While I am usually a day after Thanksgiving holiday decorating traditionalist, this year, as an act of resistance, I was going to buck my own trend. This would be the year I would decorate early. Instead of the big one day decorating reveal like past years, I envisioned a slow roll out, one new holiday twinkle at a time starting the day we packed away the Halloween costumes. That way we could carry the spirit of Octnovcember all the way into the new year, and then maybe we would be so distracted by joy and light that we wouldn’t have time to think about the grief and darkness of an approaching holiday season stripped of so much that is good.

In other words, I wanted to do what I have done many years before and cover up the sadness with a draping veil of Christmas magic.

But as Thanksgiving approached, the boxes still sat in our basement untouched. I could call it lazy. I could blame the added responsibilities that follow a mom in the midst of a global pandemic. But I don’t think that is entirely it.

I realized that while this year brought me many disappointments, it also taught me how to sit in uncomfortable sadness without shame. This year taught me that feelings of gratitude and frustration and joy and anger and overwhelm and boredom can all sit together at the table with me, raw and uncovered. This year taught me that even when so much is taken away from their childhood, my children are still just as happy as ever. They don’t need jingle bells and twinkling lights to make magic. It’s been here all along, in the everyday joys nestled right alongside the shadows.

So November came and went in its quiet sadness. I let my children see me cry. We talked about what, and who, we missed around our Thanksgiving table. Instead of hiding all the complicated feelings from this time of year, we invited them to be a part of the celebration.

On Friday morning after Thanksgiving, like we do every year, we hauled out the holly, cued up the holiday playlists, and pulled out the matching festive pajamas. The decorations were the same as they are every year, nothing more, nothing less. I took comfort in the familiar. Except for one difference: I made sure to leave no room for guilt on the garlands this year, only light strands of grace.

Just as expected, the children’s eyes lit with wonder at the preparation for Christmas. But the magic for me came a bit later. It was the morning after decorating. I had awakened early and snuck downstairs. As I flipped the switch to turn on the Christmas lights, their glow lit up the whole house. I sat in the stillness, alone, soaking up the sparkle of a twinkling tree. I thought of the mom that I was in my Christmas past and I wished she could sit with me today. I would hand her a hot cup of coffee, cover her up with the warmest quilt, make sure she knew she was loved. I wouldn’t say much to her because I know how she likes the quiet. But I would tell her to notice the lights. See how they shine? I might say to her. It’s the darkness that makes them so bright. 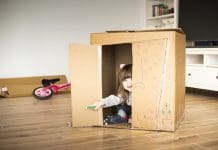 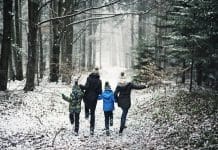 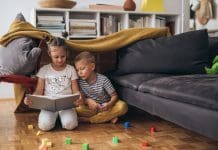 Nicole Tursich - January 6, 2021 0
Minnesota Moms, winter is well underway and with so much of our time being spent indoors we need activities for our homebound kiddos. The...

When It’s Dark at Christmas

We Have A Lot of Stuff Going On Here