I’ll admit that I am sharing this mostly so that I can remember what happens when going out to eat with two young kids.  Next time the urge strikes, I’ll come back and read this.

Perhaps your family is going stir crazy on a Saturday afternoon after a morning full of cleaning and too much Mickey Mouse, Paw Patrol and Peppa Pig. Your kitchen is sparkling so you’d rather not have to make a meal. You might get the idea that it would be *fun* to go out to a late lunch. Two o’clock sounds like a safe time to go out to eat with a three-year old and a one-year old. Right?

The threenager, who refused to nap at home, falls asleep in the car three minutes before reaching the restaurant. This causes an argument with your spouse on whether you should sit in a booth or a table. Your spouse wants a booth because the sleeping three year old can lay down. You want a table so that the baby can sit in a highchair. You are both hangry and stubborn. The hostess waits patiently and smiles when you finally decide that you’ll go with a booth.

After being seated at the booth, the toddler wakes up. He wants to color. The baby decides she wants to crawl on top of the table. Your spouse is squinting because the sun is hitting his eyes. You think to yourself, see? A table would have been better! Except you actually said it out loud. And your spouse agrees. So you grab the baby, walk on over to the hostess stand and with an apologetic smile ask if you can switch to table afterall.

You are seated at a new table with the baby in a high chair and the toddler sitting nicely in his chair. That lasts for 30 seconds. The baby decides she wants to grab all the forks and knives. She grabs the crayons and coloring sheets and throws them on the ground. The toddler starts coloring and breaking the crayons in half. He starts whining that his crayons are broken.

You both order beers because #parenthood. 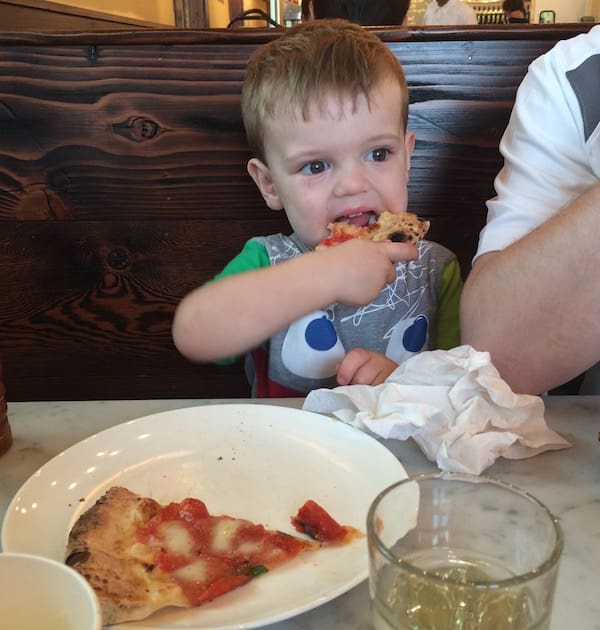 The toddler tells you that he wants mac and cheese AND pepperoni pizza. You make him choose one to which he decides on mac and cheese. It’s not boxed mac and cheese though. It’s delicious penne with real cheese sauce served with a side of green beans. In other words, it’s a foreign object to your three-year old. “YUCK,” he says as the server walks by. She sweetly asks if he would like to order something else? You apologetically smile (again) and say, “I’m sorry he is so picky.” And then hang your head in shame. The kitchen brings out a pepperoni pizza. By this point the kids are losing their patience and bouncing off the table. The three-year old takes the world’s tiniest bite of pizza and says that he’s done.

Meanwhile, the baby is throwing EVERYTHING on the floor. You aren’t sure if she actually ate a thing. She’s still trying to reach for your fork, your food and glass of water. Somewhere in between the chaos you manage to gulp down your food.

Your spouse orders another beer because #parenthood.

The toddler begins using his fork as a musical instrument on the table. The baby starts fussing and trying to climb out of the high chair. While you are busy making sure she doesn’t grab the knife, your three-year old grabs the fork and almost pokes his eye out. You lock eyes with your spouse and both mutter, never again. You look around at the other kidless tables, envious of the others having a leisurely Saturday afternoon.

You decide to leave before things get out of hand. You take the baby and the toddler to walk around outside while your spouse gets to stay behind with his beer and pay. You remind him to leave a big tip because the floor is a mess. Once you are back in the car you feel utterly exhausted and ready for a nap. Of course, you can’t take an afternoon nap because #parenthood.

Within 30 minutes of getting home both kids start to fuss because they are hungry. That spotless clean kitchen was short lived. 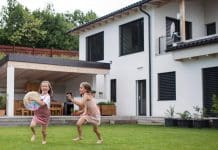 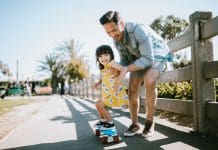 Summer Syllabus: 100+ Things to Do This Summer

Just Say No to Hotels