This Mother’s Day, I will reflect on the day I became a birth mother. It’s not that I didn’t want to remember, but I have tried to block out that time period. I was going in for a routine doctor appointment when he had decided to check me into the hospital that day. I was surprised it was that time already, so I called a lady from the adoption agency named Mary. She was such a nice lady who had helped me throughout the adoption process. I was also able to pick out a family from the agency to help take care of me and my son during this time and the weeks that were to come after the adoption was finalized. The family came and picked up my son, who was a little over a year old.

After hours of pushing, the baby’s heart rate was decreasing so the doctor opted for a c-section. Once she was born, I was clear I didn’t want to see or hold her… So I didn’t. I was moved into my room for recovery and for two days, at each shift change, a new nurse would bring the babies around to their mothers. I always had to remind them, “I don’t spend time with my baby.”

Not many people knew I was pregnant and those who did, didn’t know I had been in labor. There were no visitors and the hospital stay was lonely. Yet on the third day, an elderly nurse had asked me if I was placing my baby for adoption, assuming the reason why I wouldn’t see her. I said I was but she wanted to help me. She said she sees young girls going through this all the time and didn’t want me to regret ever not seeing or giving my baby a name. As she left the room, she said, “When I come back, we’ll give her a name.”

She returned with my baby girl who was three days old. She sat with us for  five days to come and kept me company. She read, played and helped me change the baby’s clothes. Reluctant to name her, I gave her the name of Treasure. On the last day, I remember picking out a little pink outfit to dress her in… And then I left the hospital. – Became a Birth Mother on Dec. 8th, 1987 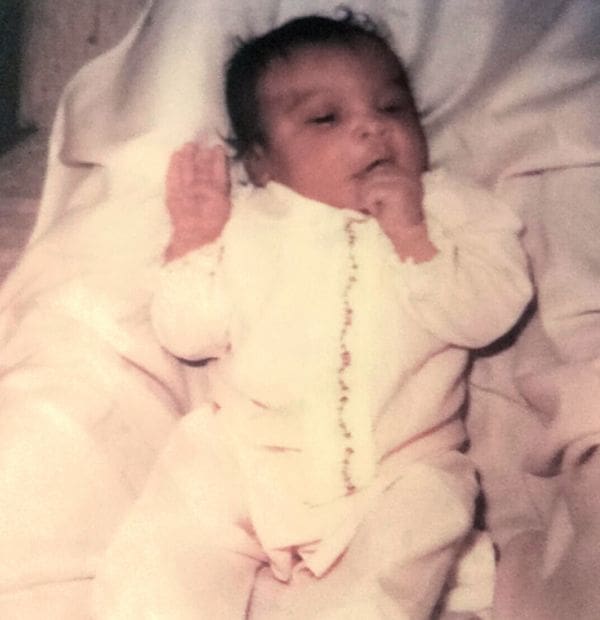 This Mother’s Day, I will reflect on the day I became an adoptive mother. I remember everything about the day our daughter arrived.  It was an overcast, balmy winter day. She was coming from Atlanta and the plane was supposed to arrive at 10:10am, but we were early. I was so excited, I couldn’t believe I was finally going to become a Mommy! I remember standing by my dad and a Delta Airlines plane was crawling across the tarmac. I was shaking so bad. The plane looked like it was going to go past our gate but then it turned left, straight for us. My dad put his arms around me as I started to cry.

I patiently stood at the end of the walkway, we all did, as a few people came off and we waited. Finally, a woman in a blue dress was coming and she was carrying a dark-haired baby wrapped in a blanket! I asked her if she was Becky and she said, “Are you Becky,” as she smiled. I thought I was going to faint! I was trembling too much to hold my daughter.  I finally got her, unwrapped her and laid her on my lap. That was the first time in my life I really felt perpetual love! I thanked God and the unknown woman who gave birth to my daughter for choosing the path of adoption. I vowed to protect her always. She was 5 weeks old and we named her Leah. She was so-so darling and melted our hearts from the first second! – Became an Adoptive Mother on Jan. 16, 1988 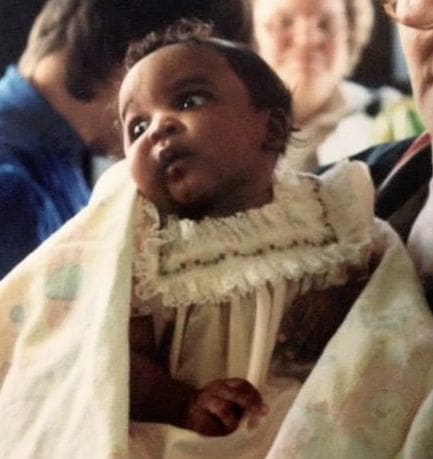 This Mother’s Day, I will reflect on the day I became a mother. Luckily, I went into labor on my due date. Once my contractions had been a consistent 5 minutes apart, we called our parents to let them know it was go-time. I wanted my mom in the delivery room with me and my boyfriend to experience everything, so my parents and brother drove down that night. They obviously got the luxury of sleeping in the hospital waiting room. I demanded an epidural right away to relax as I knew we had some time to pass. I didn’t sleep or eat all night, I even found jealousy in my boyfriend uncomfortably scrunched-up sleeping on the couch next to me. I watched Fresh Prince of Bel Air all night as I was too nervous to sleep and the nurse came in and out checking me every hour. I remember looking around the still room, listening to the soft ticks of the machinery and tools preparing us for birth.

At 6:45am, it was time to push. Let’s remember, I hadn’t eaten or slept so after 2.5 hours of pushing I cried and cried because I was so hungry and exhausted. My boyfriend held my face and reminded me I was stronger than I ever thought possible. He was right. At 9:45am, I gave birth to our healthy little boy and my mom was able to cut the umbilical cord, a morning she’ll always treasure as she had never experienced giving birth to her own children. – Became a Mother on Sept. 29, 2009 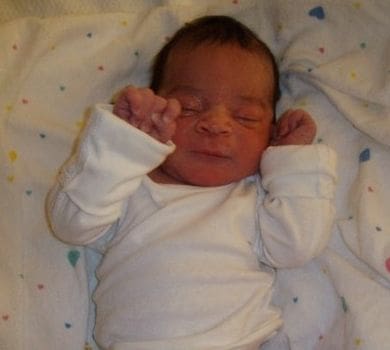 This Mother’s Day is different because of a connection made. After 27 years and an 8 month search, my family and I were able to connect and put a name to the woman who gave birth to me and chose adoption. Although she was lonely, young and already a single-mother leaving the hospital… She had no idea there would be a woman in Minnesota that stood patiently shaking as she and her husband witnessed their baby girl coming off a Delta Airlines plane. As a mother myself, who was young and unprepared, I knew I was not brave enough to go through what my birth mother did. I held on tight to the support and love surrounding me and I pushed. When I say this Mother’s Day is different, I mean we’re really able to celebrate, honor and believe in something that goes beyond our control. Serendipity.

On Sunday, April 19, 2015, a birth mother, an adoptive mother and their daughter were able to stand together in the same room.  Can you imagine the love that filled that room? We cried, laughed and not only reflected on the years missed but the years to come within this exceptional bond. This Mother’s day we walk with poise and speak with grace. I’ve succeeded in many ways throughout life and I give thanks to Cynthia, who chose life for me. I give thanks to my mom, Becky, for protecting and doing just want she promised; as she silently thanked another woman that calm winter day back in 1988. 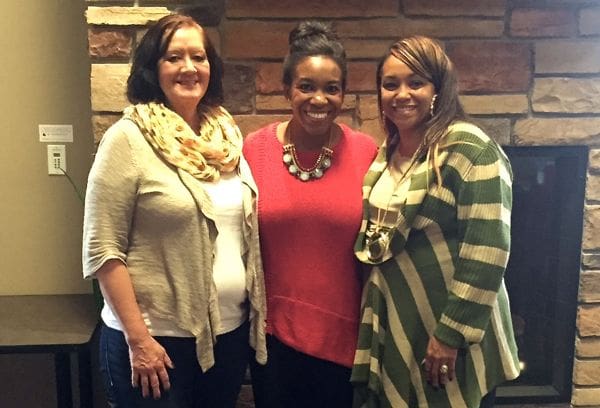