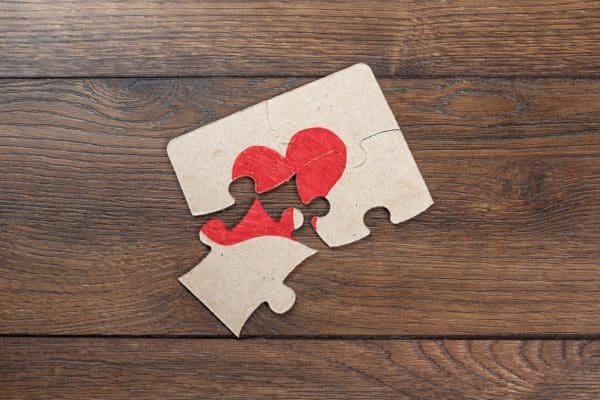 Every other weekend, my child goes to her father’s house.

Just a few years ago, every other weekend made me sick to my stomach.  I had high anxiety about sending her to her father’s because not only did we despise one another, but we had no relationship.  In fact, we didn’t think it was necessary to have a healthy relationship with each other since, after all, we had decided to end our romantic partnership.  Why keep dragging it on?

Days leading up to weekends with Dad consisted of volatile, toxic and angry communication.  We were so frustrated with one another that we chose to only communicate through email.  Now as we both look back at that time, we realized we were both trying to figure out the same thing but we simply didn’t know how: How to co-parent.  And yet, we did everything to work against one another instead of working with each other.

Sure, he broke my heart.  But I’m sure he could say the same thing about me.

Sure, he hurt me in ways that even now feel unimaginable.  But I’m sure he could say the same thing about me.

So what’s left of us?  Our children.

We spent years – often times intentionally – hurting one another in our co-parenting relationship.  We spent too much time not discussing our pain with each other.  We both were trying to walk taller than the other.  And thus, we spent years without apologies while never holding ourselves accountable for our own tragic behaviors.

And the sad truth is that we spent years so angry at each other, we forgot how it affected our children.

Then about a year ago, I found myself already exhausted at the thought of ‘his weekend’ coming up.  I braced myself and thought, “Here we go again, another email argument back and forth…”  I cried that evening, as so often before, and yet I knew that something had to change.  I couldn’t live the rest of my life like that… he couldn’t… and the kids shouldn’t.  After all, we separated in order to give our kids a happy, loving environment in the first place.

Now, if you would have told me a few years ago that I would be in a healthy co-parenting relationship, I would’ve asked for a sip of whatever you’re drinking.

In fact, it took me a long time to get to where I am with this part of my life.  But at one point I just knew I’d had enough of the anxiety, fear and anger.  I knew I didn’t want my children to remember their mom as one who could not even be in the same room as their father.  I knew I wanted to practice forgiveness and personal accountability. Because isn’t that what I want my children to learn anyway?

So in the end, I had to learn how to build trust with my ex.  I needed to stop pointing the finger.  All the years leading up to that point, I thought he had to regain my trust, and only him.  Yet, trust goes both ways in relationships.  I had to learn how to bite my tongue and remember he is entitled to his opinion as my kids’ dad, just as I am.  And just because I disagree and argue with him, definitely does not mean he will change his mind.

So if you find yourself on a similar journey, I would encourage you to take a step back.  Try to remember how you fell in love with your ex-partner, or how you became friends… whatever the case may be.  Because at one point, you saw goodness in this person you now co-parent with.  You’ve both been through it.  It’s been hard – maybe harder on them than you, or vice versa.  But that doesn’t matter, there’s no trophy in that contest.  So don’t cast shadows on the very same reasons that stole your heart years ago.  Instead, teach your children that conflict can be resolved. New bridges built.  Or better yet… teach them that the other half of your co-parenting team is worthy of being loved, and that you are capable of showing it.