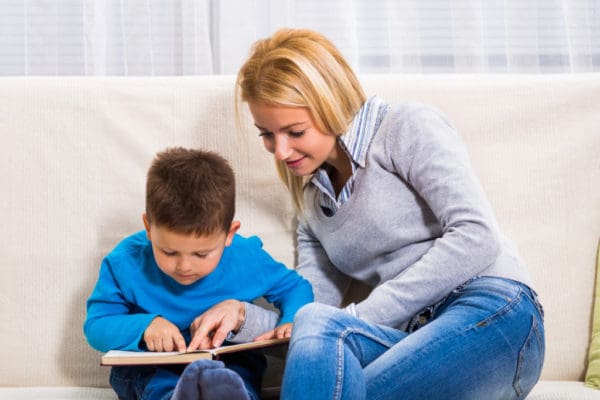 Like many moms, the morning routine has always been my gig.

For the first three years of parenthood, I was solely a stay at home mom to one late riser. The mornings were (dare I say it)…easy. My oldest son slept until at least 7am, often later. I made a plush schedule. There was no pressure to be on time anywhere except ECFE class one day a week.

Yes, there were tantrums “back then” but they were manageable because I wasn’t outnumbered. Once baby brother came along, that changed. I started working from home part-time when he was 18 months old. They started daycare a few days a week and we became a family slave to the morning schedule.

I recall an email when they first started at daycare. Their provider suggested using the word “when” during the morning routine. Such as, “when you get dressed, then we eat breakfast. When you eat breakfast, then we can brush teeth. When we brush teeth, then we can go play at Miss Cindy’s!” This worked like a charm most days. And I still use these “when, then” statements. Like anything else with kids, the novelty of this tactic wore off.

My kids are now a year wiser and stronger. They’ve perfected the tantrum and will do whatever is in their power to stall in the mornings. Asking for one more show, one more morning snack, and throwing their little bodies on the ground and flailing about to protest when I say no.

The school year started off well. The excitement of being back to daycare was fresh. October came and the mornings stayed dark longer. They were beginning to fight me more and more on the morning routine. I was yelling at one of them back and forth, alternating who I was counting to 3 on. It was beyond stressful and a terrible way to start the morning for everyone.

Then one day I had an epiphany. Every morning, they were procrastinating by sitting on their bedroom floor looking at books when they were “supposed to be” choosing their shirts. Who knew little boys cared so much about what they wear?

One Monday, I decided to stop barking orders like a drill sergeant and experiment. 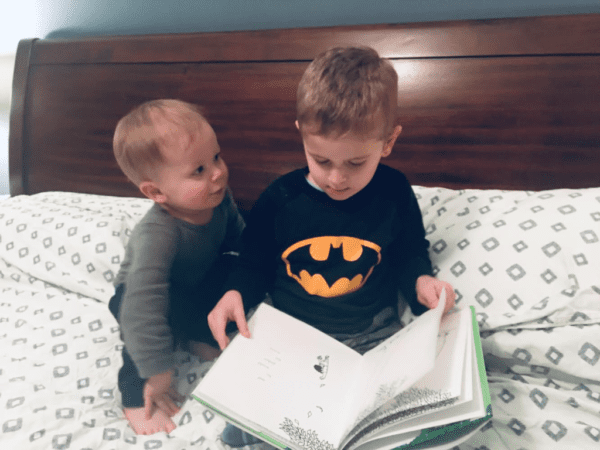 Guess what? They were like little soldiers (still giggling, but not flailing around on the ground) getting dressed for me after reading together.

Tuesday came. I tried it again. We turned off the morning cartoon, told them to pick out a book to read before we got dressed for the day. It worked like a charm for the second day in a row.

Maybe, just maybe I was on to something. I really felt like a mom genius at this moment.  Could mixing up our morning routine really decrease the time it takes to leave the house, while reducing stress?

We added books to our morning for a week. I felt defeated when we hit a few days it didn’t work for my two-year-old. After all, he is two. But I sat back and examined my data; it worked successfully three of the five days we read books.

Week two rolled around and my preschooler loved this, but the toddler was back to his tricks. Now, a two-year-old’s job is to test every rule. I have to keep creative and offering him the choice “do you want to read the book before or after you get dressed?” Basic mom manipulations that every parenting book and class has taught parents.

This tactic is now part of our morning routine. I won’t tell them though or they might think of it as a chore. It slows mom down too, which might be one of the best benefits. I enjoy a few minutes answering questions about the book and sometimes even a few snuggles.

I am already thinking ahead for the next way to shake up our weekday mornings. Hide and go seek is a favorite in our house and might be the next fun way to change up our morning routine.

How do you keep your sanity while keeping the kids on schedule in the mornings?