“Do you know what we’re looking for, here?” the doctor asked me kindly.

“…a baby?” I ventured, so nervous that my usual smart mouth had no filter.

He grinned gamely, obviously well-practiced in dealing with nervous parents and inappropriate jokes.  “Technically, yes.  But depending on how far along you are, you won’t see a baby in this ultrasound.  Once we find it, it will look a bit like a ring with a dash inside it.  It’s like a grain of rice in a Cheerio.”

He began the transvaginal ultrasound, of which I’d had dozens and dozens, and I waited while he adjusted the wand.  My husband held my hand.  I tried not to hold my breath.  Finally, quietly, he said: “There it is.”  He turned the screen so we could see it.

It was the first time I saw my daughter, the one I never thought I’d have.  After two years of trying, while waiting to start a cycle of IVF, I became accidentally pregnant without even knowing it was possible.  I was deep in disbelief, so the blurry white streak inside a ring didn’t fully register.  Instead, I obsessively instructed the RE to ensure there was only one in there (my sister had recently had twins that remained undiscovered until 20 weeks) and tried to make more inappropriate, ill-timed jokes.

The doctor printed off a few copies of the ultrasounds, I got dressed, and my husband and I got back in the car.  By the time I got home, I had a little more time to process the black-and-white images of the grain of rice in a cheerio apparently found inside me, growing carefully and steadily, slowly developing eyeballs and fingerprints and an attitude that would hopefully be a little less like mine.

As we stood in the kitchen, I confessed to my husband what I suspected was true.  It’s not real.  It can’t be.  I don’t feel pregnant.  I don’t believe it.  He, being the calm and rational one (that’s the attitude I hope this kid inherits), took the best ultrasound image out of the folder.  He trimmed the edges as tight as he could and handed it to me.  “Put this in your wallet,” he urged.  “Whenever you doubt it, take a look and remind yourself.” 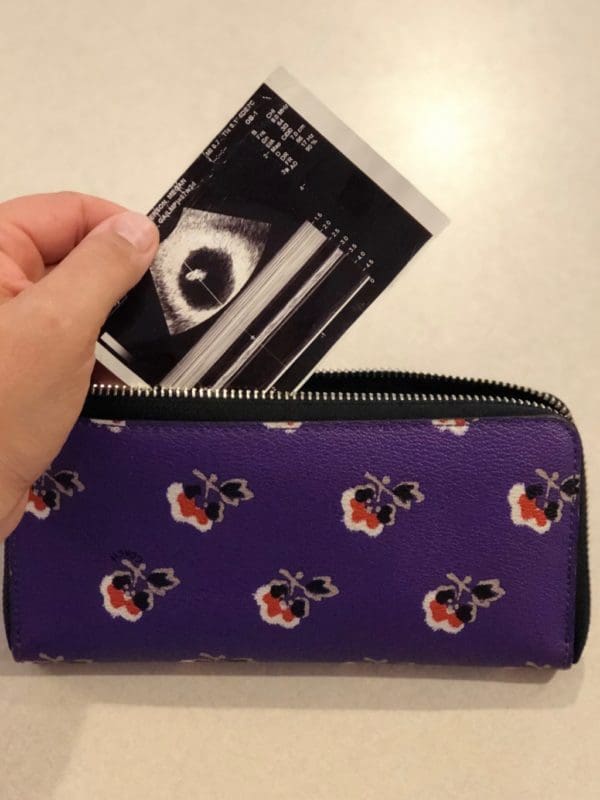 That grain of rice in a cheerio just celebrated her fifth birthday.  She’s in the 88th percentile for height (her dad), observes astutely and sagely (her dad), and has an overdeveloped capacity for sarcasm and shade (dangit, she did get my attitude).  Her favorite person in the world (after her dad) is her little sister, born 22 months later, conceived without any intervention.  Both are healthy, happy, and have excellent odds of being at least moderately productive members of society.

And still, I keep that picture in my wallet.  I’ve even changed wallets since that fateful day five and a half years ago, and while I debated it, I chose to keep the picture there.  I need it to remind me.  It’s real.  It happened.  She’s here.

That’s the thing about infertility.  It teaches you to disbelieve yourself.  It trains you to expect less than nothing, but not in a good way.  Infertility reminds you that you can’t do the one thing a woman’s body is supposed to do, so really, can you even accomplish anything?  It steals joy so voraciously that even when you have something about which to feel joyful, it tells you that you owe a joy debt and you should probably just hand that joy over, too.  Infertility is to child-rearing as ants are to a picnic, thunderstorms to a parade, or a recent mosquito hatch to your weekend at the lake cabin.  It kinda ruins it.

For a long time, that picture in my wallet reminded me that I didn’t deserve to feel happy.  That I didn’t have what it takes to be a mom.  That I should doubt myself at every turn.  It was the thing I touched when I believed the truth was a lie. 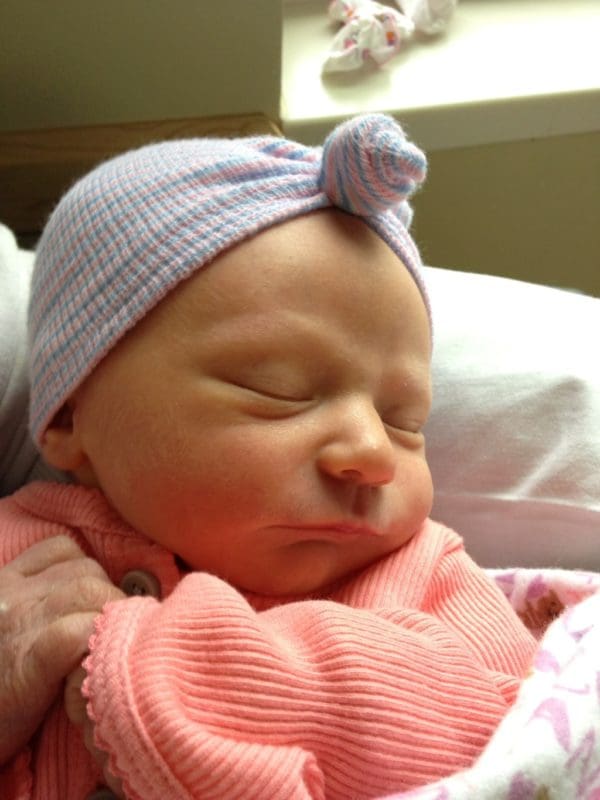 Today, half-way through my little grain of rice’s first decade of life, I’m trying something different.  Now the picture’s not in my wallet to remind me of what I can’t believe.  Now it’s there to remind me of how far we’ve come.  We are a family with two wild and perfect kiddos, deep in the throes of tea parties and preschool orientations.  This is real life.  It’s a normal, weird, ridiculous, simple thing.  Infertility won many, many battles, but I’ve decided to stop fighting.  It’s part of my story, sure, but there’s so much more left to write.  I won’t let infertility do the editing.

There’s a story for you, too.  I bet there’s a subtext that keeps trying to work its way into the manuscript.  Maybe it’s infertility, but maybe it’s abuse, or illness, or loss, or suffering, or any one of a number of things that keeps trying to tell you that it’s not real, it’s a dream, you can’t do this, don’t enjoy it, it’s going away any day now.  That story gets to be told, for sure.  But it’s not the only story.  You have new stories to write.  They’re covered in peanut butter handprints and (thank goodness) washable crayon on the walls but they’re real, and they’re good, and they speak joy.

You have come so far, mama.  You can do this.  You’ve already been doing it.  Let’s do it together.