I thought I had another year. One more year before my toddler turned into a little boy.

My son recently turned four, and I was caught off guard by the significance of this age. His birthday wasn’t supposed to be a milestone. In my mind, his fifth birthday was going to be the “big one.” It’s the year he’ll go into kindergarten – the year he’ll start his journey into boyhood. Or so I thought. 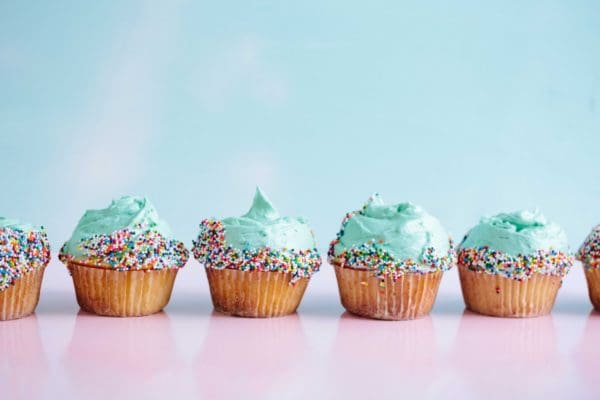 As my son approached his fourth birthday, I suddenly realized he was growing up in front of my eyes. He no longer needed help with little things like climbing into the car or putting on his shoes. I was ok with these changes. In fact, I loved them because this independence gave me a bit more breathing room.

Then one morning he walked out of his room completely dressed without any help from me. I was shocked. Wait, wait, wait, I thought, you can’t put on your socks without my help. Can you? At the very least, you need me to ensure your shirt isn’t on backward. Don’t you? It felt as if he had shut the door as a toddler in pajamas and emerged as a little boy.

If I were in a movie, this moment would have triggered a montage of my son maturing over the past 12 months. You’d see him learning how to zip his jacket, making friends on his own and transitioning out of our bedtime song ritual. Interspersed in all this growing up would be scenes of me offering to help and the increasingly frequent reply of “No, I’m fine Momma.”

I’ve always known this independence would come, but I was supposed to have another year before he was this self-sufficient. No one warned me that four would be the age that awoke me to the truth that my son won’t be young forever.

Embracing the next stage

Despite my nostalgia, last year wasn’t perfect. If I’m completely honest, my son’s 2017 montage would also be filled with many, many scenes of power struggles, potty training frustrations, mealtime battles and illogical toddler arguments.

My son fully embraced being a threeanger – a three-year-old with an attitude of a teenager. There were times when his actions caused me to question everything I thought I knew about parenting. The only thing that got me through this stage was the hope that things would get better. And they did. The threeanger comes by less often now, and in his place is a little boy that I’m having a blast getting to know.

Now more than ever, I’m starting to see glimpses of the depth of my son’s personality. His unexpected wit is often perfectly timed, prompting family belly laughs when we need them the most. He astounds me with his logic, and his questions make me wonder about all of his unspoken revelations. I love to listen in on my son’s narration as he plays. His boundless imagination thrills me as I realize the possibilities he can dream up.

My favorite new ritual is having him tell me about his day. When he gets home from daycare, he’ll perch on a kitchen chair and tell me the day’s adventures. There’s something magical about hearing his four-year-old take on the day. His chatter passes the time as I cook dinner, and I can’t help but hope that we’ll continue this tradition throughout his childhood and beyond.

As I close the baby chapter of my son’s story, the feelings are bittersweet. He’s a big boy now – as he adamantly tells me – and he’s only getting bigger. Part of me dreads the years ahead when his growing up moments will only multiply. But I’m learning that clinging to the past and fearing the future will only make me miss the present.

Besides, my son’s growing up isn’t without its perks. The other day he asked if he could help me fold laundry…