It was a Sunday morning around 5:00 am; I woke up needing to go to the bathroom so badly. As soon as I was done, while walking back to the bedroom, my water broke! Omg! It’s time!

At 38 weeks, my son, Lincoln, was ready to meet the world. I remember being calm. I woke my husband up and he called the doctor’s office. The nurse told me to eat and take a shower. So, I did just that. Then, around 7:00 am we were headed to the hospital.

1:00 pm rolled around, I was finally at a 10 cm dilated. They called in the doctor. I also got a student doctor, lucky me! My emotions took over me. I wept. This was the part I was truly scared of from the beginning of the pregnancy. The pushing. I continued to weep for about ten minutes. Thank God for my husband, he was right there. He tried to calm me down. I finally did. And then it was go time!

I remember the nurse saying over and over again that I was having a “textbook labor and delivery.” I do not remember exactly why she kept on saying because things turned sour really quickly.

After it was all said and done, I started pushing around 2:00 pm. I remember pushing and pushing, and I was not sure what I was doing. The nurse offered to give me the mirror so I can see…you know? Down there! I was like…oh no! There was absolutely no way I was ready to be traumatized for the rest of my life. I continued to push. It was now 3:00pm and I was still pushing. I remember thinking, “It’s been an hour, what am I doing?”

Going into the second hour, the nurse kept on urging me to push, so I kept pushing. Nothing seemed to work. I was on an epidural, so I was not sure what exactly I was doing. I did not even know I was contracting until the nurse pointed it out to push whenever I felt the contractions. Still no baby! 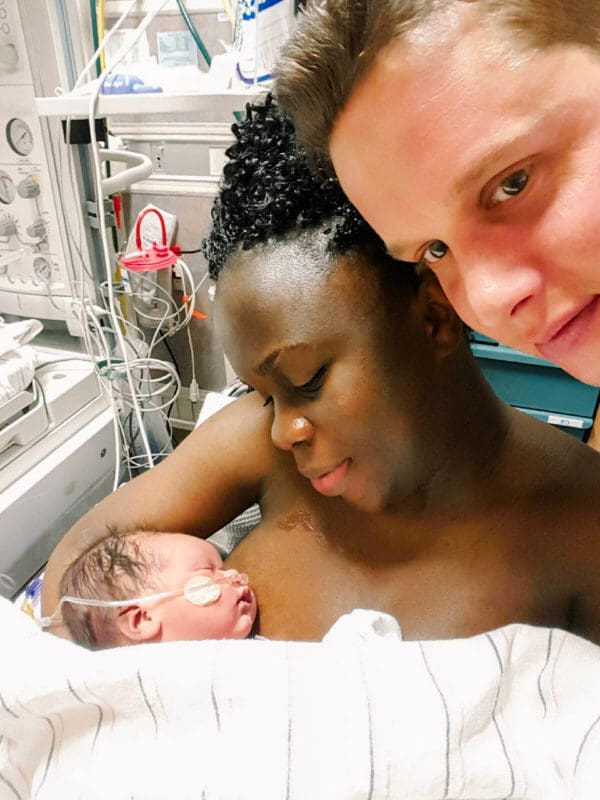 Then at 6:26 pm, on Feb 26th, 2017, Lincoln Samuel arrived. Up until this point, the nurse kept on commenting on how I had a textbook labor and delivery…until it was not. Lincoln did not make a sound. You know that sound that people always talk about, hearing your baby’s first cry? I did not hear it. Lincoln was not breathing. They put him on my chest, and my body heat could not match his. They wheeled him away. And that’s when my heart stopped beating, literally. They had taken my baby to the hospital NICU. I blacked out. My memory is of the doctor getting so many, what looked like toilet paper towels, and inserting them “down there” to stop the bleeding. I was losing so much blood.

The next thing I remember is when the nurse wheeled me to the little NICU room, and there lay my Lincoln, hooked up to everything and anything. Lying down at 9lbs, 07 ounces and at 23 inches long. He needed oxygen. His little body lay silent there. He finally gripped my pointy finger 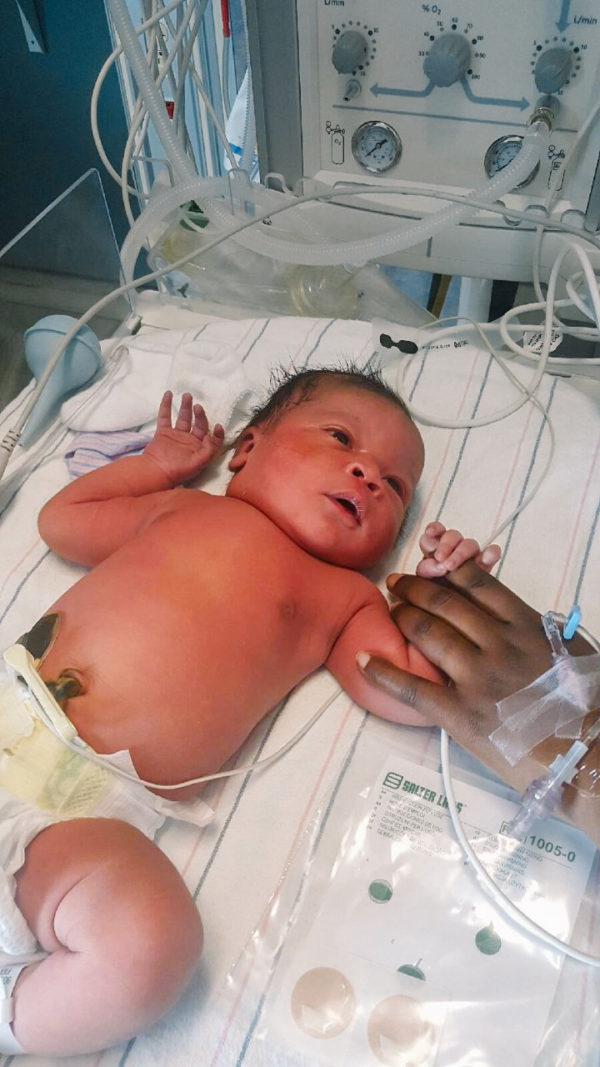 We were able to have skin-to-skin contact for like five minutes and then I had to put him back. I remember being so exhausted. I went to my own room and ordered a shake from Dairy Queen.

About two hours later, the pediatrician came to our room, and he said the words that no new mom wants to hear, “We need to do a spinal tap.”

“On that little body?” I asked. He said yes! He believed Lincoln had an infection and that was the only way to find out. I did not even take a minute to think, and we just told him that he had our blessing to do whatever was needed to help him.

The tests came back two days later, and no infection was found. At this time, he had gone down to just a little oxygen and sugar water. Five days later, we were dismissed from the hospital. My 9 pounder had gone down to 7 pounds. He was so little, but I was glad he was doing okay!

Basically, Lincoln not breathing or making a sound when he first met the world is still a mystery, and I am okay with it. He has been a healthy boy ever since.