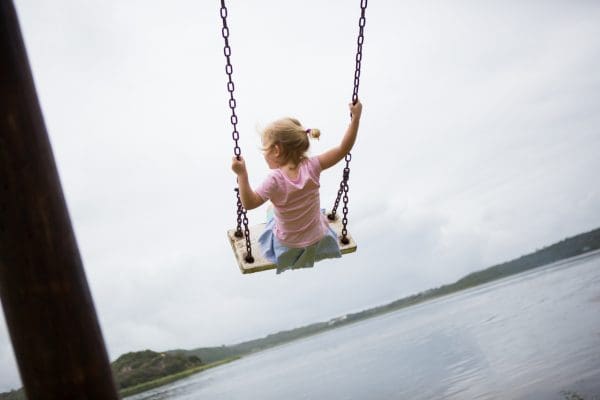 My daughter will have her second birthday this month. Every single day is something new and wonderful, and her dad and I are beyond excited for these next few years. Yes, we’ve heard of “terrible twos” and “threenagers,” but I’m not buying it. No, I don’t have the one child who keeps her cool constantly as her brain is developing at a rapid speed and she experiences a mind-blowing number of feelings and thoughts for the first time ever. I don’t doubt that it will be challenging to guide, assist, and witness. In fact, just because she’s not officially two yet doesn’t mean we’re not already experiencing the ups and downs of raising a child. I see tears in both of our futures, but that doesn’t mean it’s worth calling this coming year terrible.

Admittedly, I can’t tell you when she’ll wake up from her nap or how the rest of this day will go, let alone what the next few years hold. But what I do get to decide is how I approach these preschool years. Coming at them from a place of embracing and celebration (terrific) just sounds like a better plan than fear and dread (terrible). I know parents of older children have the best intentions, but when I hear, “Uh oh, get ready!” it really makes me think they’ve forgotten all about the baby challenges, and the bonuses toddler-hood brings.

Here are a handful of things year two will bring, and these are just a start… In fact, the most fun and exciting things in raising her so far have been the surprises (Lip syncing?! Saying “come here!” when she wants a hug?!), I’m in. So bring on this next year. 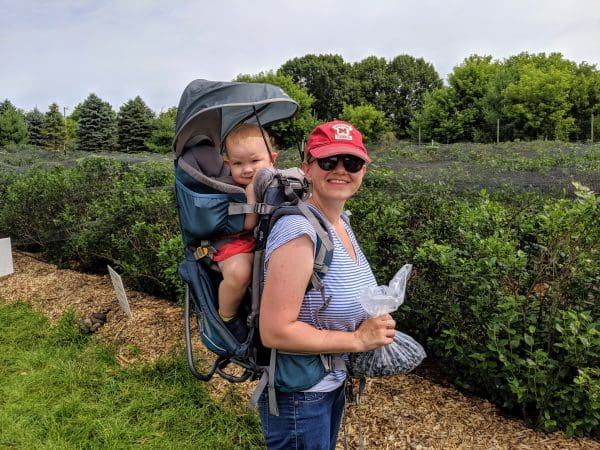 Will I have to chase her around the blueberry farm, yes, but I won’t have to carry her on my back!

Poop on the floor? Great! Extra laundry for a while? Sounds good! You know why? Because NO DIAPERS, that’s why! I don’t know what it’s like to have a kid not wearing diapers, but it looks heavenly. As lovely looking and smelling as diaper pails are, I’m pretty excited to chuck that thing into storage until the (hopeful) next baby.

You know what’s worse than a toddler crying over something “silly”? A baby crying for an unknown reason. If my daughter cries and screams because she wanted a blue balloon and they only had red, I can deal with that. I can try to reason and be empathetic with her, or hold space for her to work it out when that doesn’t help. At least I’ll know she’s not in pain or that there’s something in her shoe. I took an 11-month-old to the urgent care on a road trip because I couldn’t decipher her crying and got an official diagnosis of “fussy baby.” I’m so ready for her to tell me what’s wrong, no matter what it is.

That said, just last night a communication issue had all three of us quite frustrated, her especially. When we figured out the word she was trying to get us to understand was “umbrella” though? Well, that kind of rejoicing easily erases the tears. 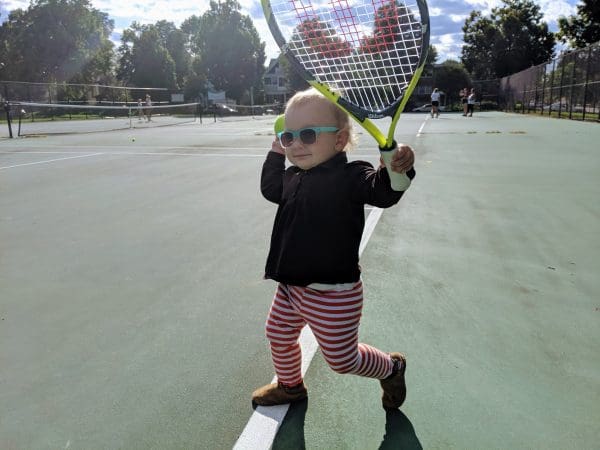 She’ll probably be a little better at not running into strangers’ tennis games. Maybe.

My husband and I are fast walkers. We went to New York when I was pregnant and still had to pass people on the sidewalk. When friends told us that things got harder after their toddlers started walking, we respectfully couldn’t believe them. And for us, we were right. Her walking and running has been nothing but fun.

Now she’s picking up speed, agility, and accuracy. It’ll be a scary few years as she learns about crossing roads with adults, what’s safe to climb, and how to look where she’s going. Honestly though, I’d rather watch her like a hawk sometimes than carry my 99th percentile baby, or deal with a stroller everywhere we go. We’re already able to get places faster when she wants to walk “myself” with two magic words: “Race you!”

Plus, all of the other things I know are coming this year: 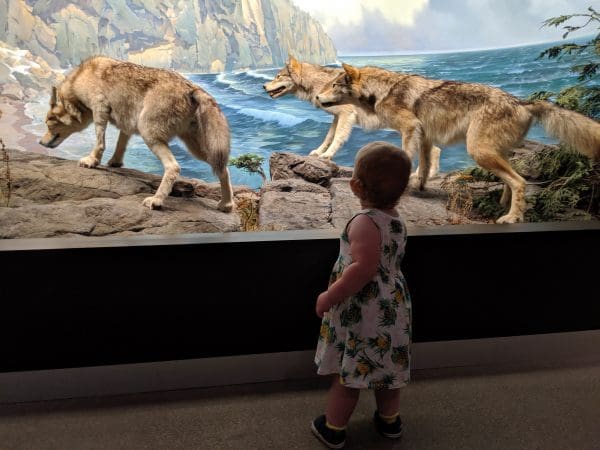 Museums will hold her interest even longer!

To be honest, I’m making this list for myself for when we’re having a rough day. I know I’ll forget that there were plenty of struggles before and wish for a simpler time that really didn’t exist. Hopefully I’m also making this list for other moms who are approaching two and maybe taking the warnings too much to heart. No one knows what it’ll be like for you. Maybe it’ll be easier, maybe it’ll be harder, but it will definitely be worth it.

All I know is that labeling it “terrible” before you even get there will set everyone up for an experience that’s not as good as it could be. Personally, I’m leaving room for it to be terrific. To My Spirited Child: I Am Sorry 20 Signs You’re Probably the Parent of a Toddler