Your summer guide to natural deodorant. 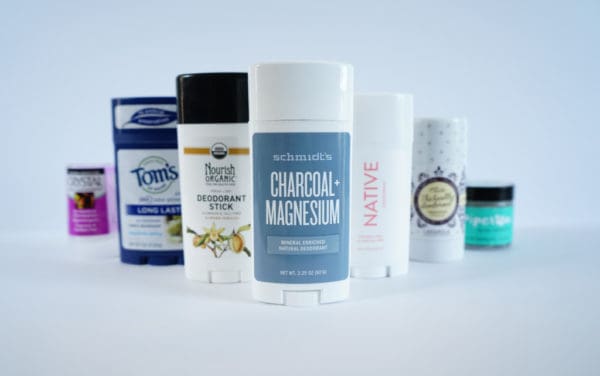 I am a sweaty little human being – I run hot, and once I overheat it’s a runaway train of sweat and stink. So while most people think of Minnesota summers and conjure images of lakes, rooftop patios, and picnics, I think of the crescent-shaped sweat stains my butt leaves behind, desperately seeking clothing for maximum breathability, and incessantly wiping away my sweat mustache (sweatstache?) as I try to enjoy the warm summer months.

Because of this, deodorant has always been a vital component of my personal hygiene regimen, with the exception of when I went vegetarian in college and my sweat stopped smelling for about a year. (Yes, it was as amazing as it sounds.) In the early days when adolescence began to take hold and my sweet bod was suddenly a stinky bod, I discovered that the power of my sweat was much greater than the average human female, and women’s deodorant didn’t do the job I needed it to do.

Instead of being forced into constant odor vigilance, multiple daily reapplications, and inevitable awkward teen moments (because adolescence is bad enough without worrying about pit stink), I took matters into my own hands and stole my older brother’s deodorant. It was transcendent. Guys’ deodorant was way more heavy duty than the Teen Spirit I was scraping by on. And lucky for me, I was confident enough in my femininity and my masculinity that smelling like a dude was a non-issue. My relationship with Old Spice’s After Hours deodorant was beautiful, and it lasted a good long time.

Fast-forward 10-ish years. I was married, pregnant, and suddenly inundated with information about all the ways I was probably definitely harming my sweet unborn tadpole baby. I’m not a person who buys into widespread claims that everything I eat and drink and put on my body and use to clean my house is going to inevitably kill me, but as a first-time pregnant person I was on high alert. At the same time, I had started to notice that my underarms were never really clean. Even fresh out of the shower, right after scrubbing and shaving, I still smelled like my bro-y deodorant. Suddenly after years and years of being happy with my deodorizing life choices, I was a little grossed out thinking that my deodorant was *always* on my body, no matter how much I washed. When you’re pregnant, a little grossed out goes a long way. I started looking into natural options.

A couple years later, and I’m up to my armpits in the world of natural deodorant, which is not to say it’s been smooth sailing getting here. I have been stinky. I have been rashy. I may or may not have once drunk-ordered multiples of a $38 holiday themed fancy person deodorant multipack which turned out to be revolting. You live and you learn.

Now please enjoy this detailed journey through seven natural deodorants I’ve tested. They cover a variety of price points, but nothing over $15 a pop (because really, who wants to spend that much on a deodorant?). May this guide to natural deodorant help you in your quest for luscious, non-stinky pits this summer.

Lavanila – The Healthy Deodorant in Pure Vanilla ($14 from)

The Claim: Vegan, no aluminum, parabens, sulfates, phthalates, or petrochemicals.

The Deodorant: This deodorant looks luxe and indulgent and creamy and perfect. When I was first looking to switch to a natural option, this seemed to be right up my alley. But holy diaper rash, it smells like baby powder. It’s also weirdly difficult to apply for a normal-looking stick of deodorant.

The Results: It’s a little hard to tell because the baby powder scent is so overpowering (and lasts all. day. long), but the odor protection doesn’t even survive a non-sweaty workday. And $14 a stick? Moving on.

The Deodorant: I was hesitant about the almond vanilla scent (I’m not really a fan of fake almond), but was pleasantly surprised when I opened it. Like most natural deodorants, it goes on a little bit gritty. But I was somewhat put off when, while applying deodorant in the dark because the baby was asleep and why would I need a light on to apply deodorant, as I pushed the stick into my underarm, the deodorant receded and I scraped my sweet tender skin with the plastic container. Design flaw.

The Results: I shower at night and put on deodorant before I go to bed, then again in the morning. By the time I woke up, I could already smell my body odor through the (now unpleasant) almond vanilla. Steadfast, I reapplied. By the time I left the house, I knew I should double back and put the deodorant in my work bag. It was a good call – I needed additional reapplication to get through the day. When I showered, I was surprised to find that this deodorant didn’t wash off like the others, despite a lot of soap and enthusiastic scrubbing. It left a residue on my skin, not unlike the aluminum deodorants of my past. I had been ready to use this one for another few days to really try it out, but that was a deal breaker.

Tom’s of Maine – Natural Deodorant for Men in Mountain Spring ($4.50 from Target)

The Claim: No aluminum, artificial fragrance, or preservatives, and no animal testing.

The Deodorant: Yes, I bought the “man” version of this. It smells bright and mountainous, which I’ll take over stale florals any day. Anyway, this applies really wet for some reason. At first I thought I just hadn’t dried my pits well before putting it on – it was like a slip and slide up in there. In comparison to the grittiness of other natural formulas, this felt a lot more like a traditional deodorant.

The Results: You know when you see a play, and it’s so rough that you have no choice but to “adopt” one of the actors on the stage and be really proud of their accomplishments, just so you can keep yourself from walking out at intermission? That’s how I felt about this deodorant. Good job, friend! You tried really hard, and I’m proud of you. Gold stars for effort, but your odor protection was less than Tony-worthy.

The Claim: No aluminum, cruelty free, and gender neutral.

The Deodorant: This deodorant comes in a little tub, and you use your finger to scoop out a pea-sized amount and apply to your underarms. It’s a little gritty, but rubs in well and doesn’t leave any colored residue. You can’t miss the scent of tea tree oil.

The Results: I used this through a lot of my pregnancy, and it worked pretty well. It would always last through the work day, and held up admirably during gym workouts. After the baby came, it lost its effectiveness and I moved on to something else. I had originally thought this was due to a change in my body chemistry (no longer being pregnant), but my friend who also used PiperWai confirmed the same thing happened to him, which definitely did not have to do with pregnancy hormones. Because he’s a boy.

Note: I still have my tub from about six months ago, but recent online reviews indicate that PiperWai’s formula has changed and that it’s a major step down (this was corroborated by the aforementioned friend, who agreed the new formula is worse). Fair warning to anyone wanting to try this!

The Claim: Hypoallergenic, with no aluminum chlorohydrate, aluminum zirconium, phthalates, or parabens.

The Deodorant: I did not have high hopes for this one, so I opted for the $2.63 travel version instead of the full-size. It’s literally a rock in a plastic holder, which is pretty bizarre. To apply, you wet the stick and then swipe it on. Once I got on board with rubbing a rock into my armpits, I realized it’s a slick system and it goes on perfectly clear. I did read online that it needs to be applied to clean skin – if you apply over any preexisting stink, the odor will transfer to the crystal, and then back onto your body with subsequent use. Not ideal.

The Results: While this wasn’t the best of the bunch, I was surprised by how effective it was. For not leaving a trace of residue on my underarms, this protected me through most of the day. By the time I got home from work, I found it was starting to wear off, but I had to take a deep whiff to notice. It felt like instead of masking the sweat stink, it was neutralizing the odor before it happened.

The Claim: No aluminum or parabens.

The Deodorant: I wouldn’t have guessed this was a natural deodorant if I didn’t already know. It applies rich and creamy like a high-quality regular deodorant. But you don’t need much! If you over-apply, the deodorant gathers into little clumps in your underarm. (Obviously you can just rub those in, but the point is you only need about two swipes.) I’m a little disappointed in the rosé scent – it has strong strawberry notes and is almost cloyingly sweet. At first whiff, the mimosa was actually my favorite fragrance from this set, with its bright citrus.

The Results: I was a little overenthusiastic on my first try, and spent the day picking little chunks of deodorant out of my pits as it pilled. The odor protection held strong from sun up to sun down, but so did the overbearing rosé fragrance. After giving it a couple days, I switched it up and tried out the mimosa version. So much better! The fragrance is far less manufactured-smelling, and it provided even better odor protection than the rosé.

The Deodorant: This deodorant smells amazing. It’s a really fresh, earthy scent (but not mossy like Aveda) that’s reminiscent of summery rain. They suggest you hold the deodorant to your skin for a few moments before applying, as your body heat softens the formula. It’s gritty but settles in well, and you only need a couple swipes for full coverage.

The Results: This is hands down the best natural deodorant I have tried. It provides thorough odor protection through my entire day, whether I’m sitting through hours of meetings or mowing the lawn and wrangling the baby and dog. As the cherry on top, Schmidt’s offers a subscription option with free shipping.

Note: I’ve tried two other deodorants from Schmidt’s, neither of which was as effective as the Charcoal + Magnesium. One, the Bergamot + Lime in a jar, was crumbly and difficult to apply. Then I was wildly excited for the Coconut Pineapple sensitive formula, but the fragrance combined so badly with my body chemistry that my husband might have used the phrase “utterly repulsive” – he wasn’t wrong. 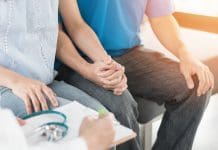 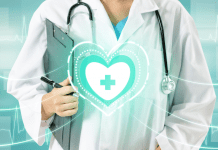