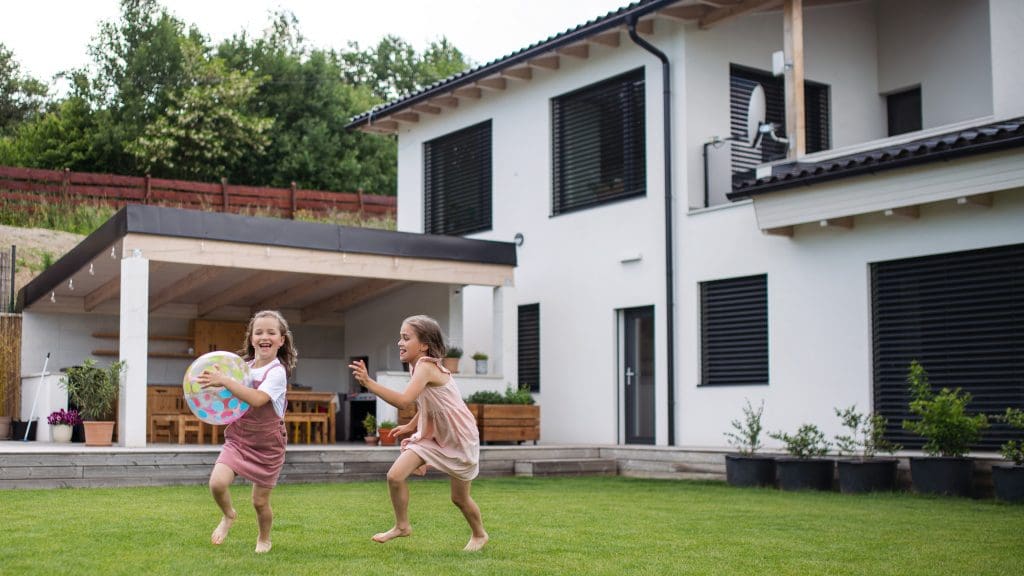 Ahhh, summer. The sun is shining, the lakes are sparkling, the drinks are cold…and the children are home from school.

This is the first summer my husband and I are both working from home. While we don’t take that for granted—No commute! Easy access to our own refrigerator! Soft pants!—we also have not one, not two, but three elementary-aged kids wandering around the house while we’re working. Three kids who might look at their absolute plethora of books, toys, and games, and say, “Meh.” There are only so many summer programs we’re willing to shell out money for when we’re both around to supervise (*ahem* loosely). Also, did I mention the whole three kids part? Those summer camps add up faster than an 8-year-old can say, “I’m bored.”

I don’t claim to be the originator of this idea. I’ve seen some version or other of this floating around the internet for years. And now that all of my kids are 1) old enough to be motivated by such schemes and 2) able to actually read said checklist, it’s my turn to put it into action. 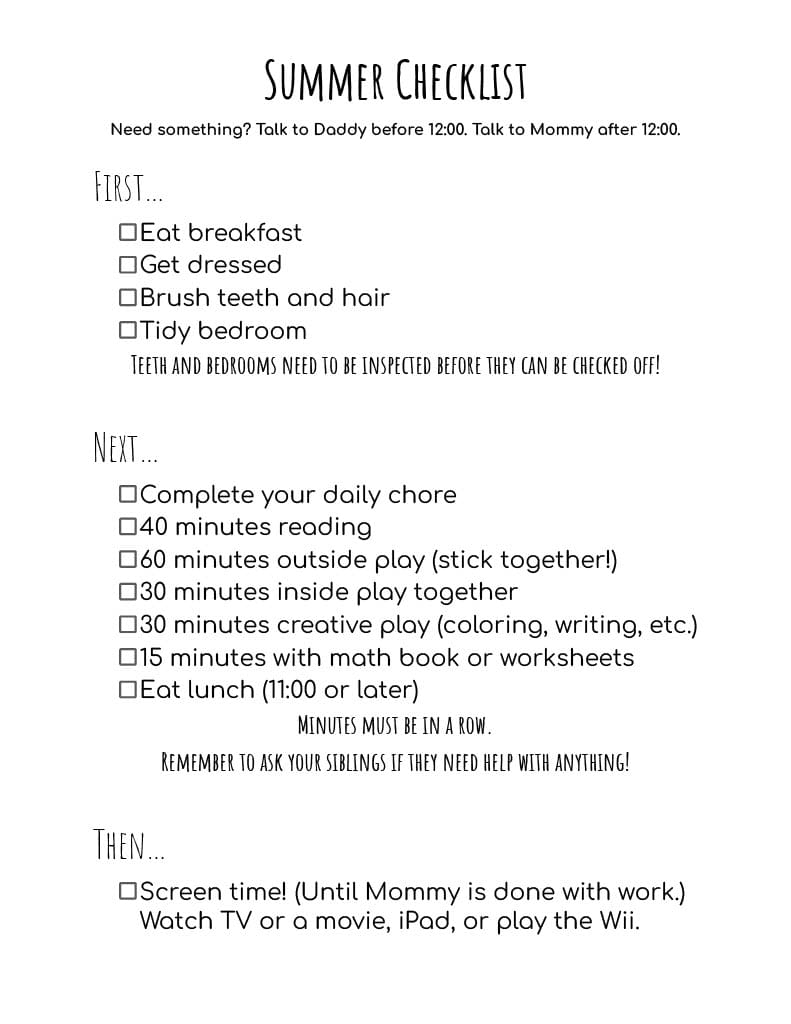 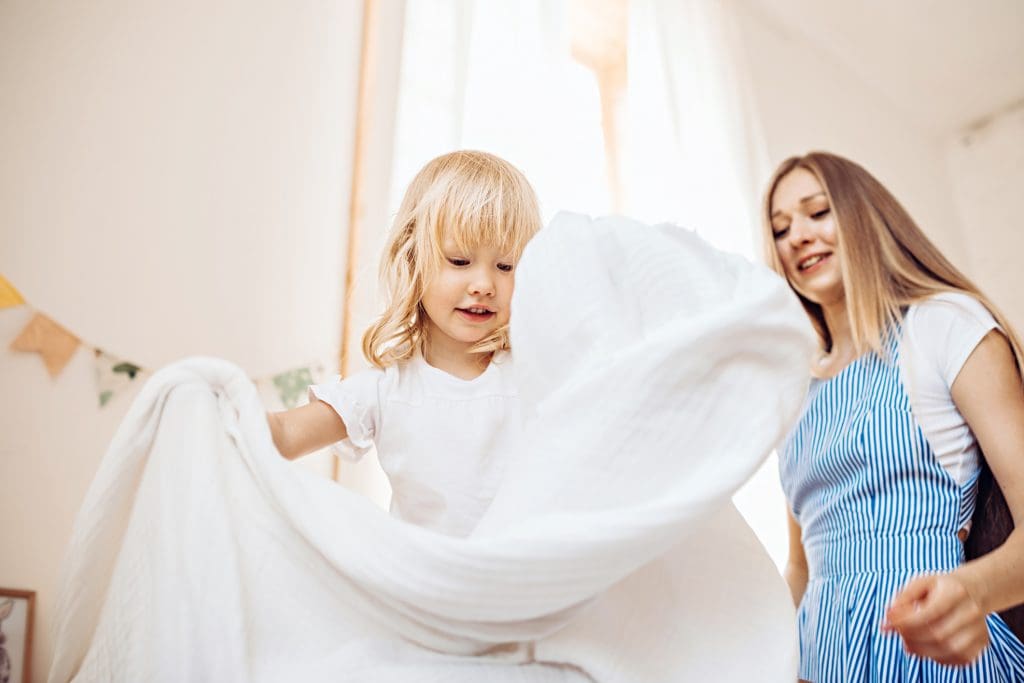 I’ve added notes as needed. Bedrooms now need to be inspected after one too many “it was clean earlier today!” comments. And that “after 11:00” note on lunch? Well, that came about after I found one of them (*cough* it was the 6-year-old *cough*) eating lunch at 8:57 am so they could cross another thing off their list. I mean, you can’t make this stuff up.

Mostly, I try to give them just enough independence while also providing structure for their day. “Creative play” can be anything from coloring to Legos to drawing with chalk in the driveway. I may have passed some of my type-A genes down to my kids, because I hear them setting timers and rallying each other from one task to the next throughout the day.

Best of all? It’s flexible. Have a morning activity? Pick just a few checklist items, like reading, cleaning their bedrooms, and doing something creative. Have older kids? Give them more responsibility like cleaning bathrooms or mowing the grass. (Please tell me these are things older kids do.) Younger kids? Shorten the time to accommodate smaller attention spans. 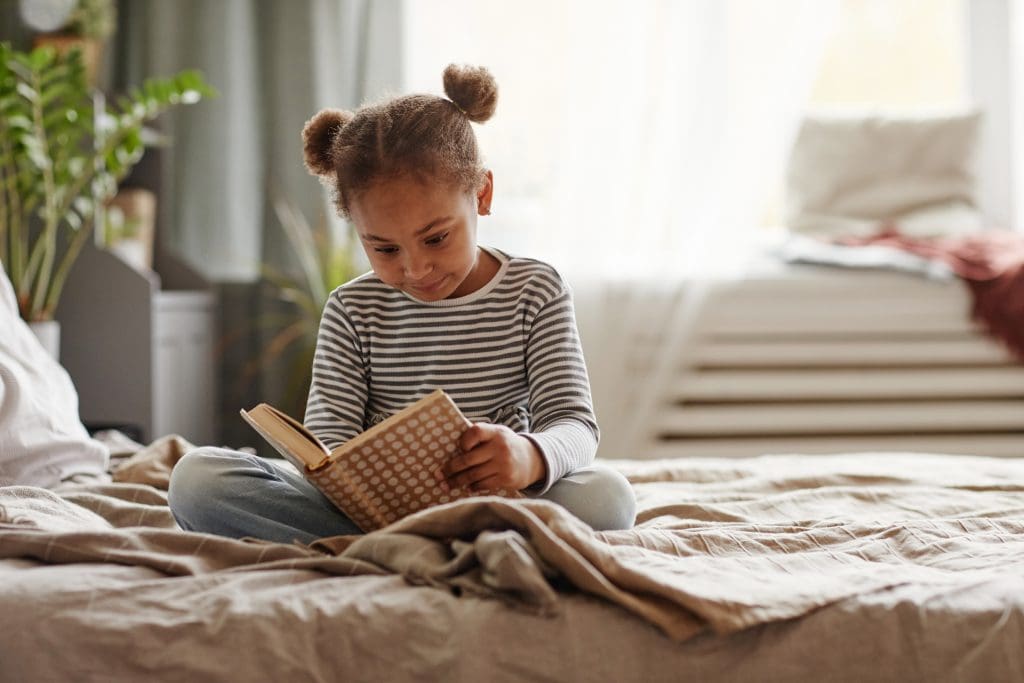 I’m not saying the checklist is perfect, because I’m parenting actual human children here, so perfect isn’t available. They still fight and whine and say they’re bored and try to sneak out of cleaning their bedrooms or brushing their teeth. (Which: kids, come on.) But it makes things a little less stressful, a little more streamlined, and a little more predictable. Which maybe sounds like a lame summer. Unless you’re a parent. And then you get it. Sign us up for all the predictability we can handle.