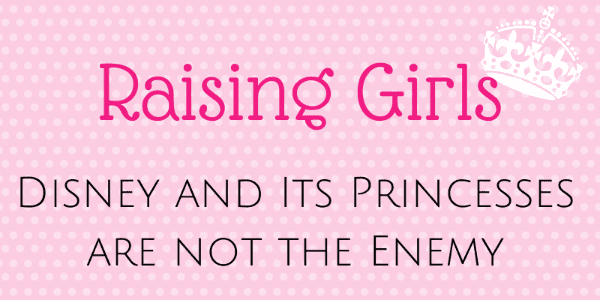 I nannied full-time for about five years before having my own little girlies {and even toted my first along for the next two years}, so of course, I was an expert when I first got pregnant. Ha!  I thought I had it ALL down, I was ready for anything.  I also had a loooong list of strong opinions about things that seemed to matter so much until my babes actually showed up.

One of these was some strong opinions on Barbies and Disney Princesses and being hell-bent on keeping them out of my house.  Somewhere between my childhood dreams of being a princess (something I don’t remember, but am reminded of by my mother) and the end of college, I developed the very popular opinion that princess-culture is something to avoid, despise and to keep away from our daughters at all costs.

Then I had a baby girl and here’s the thing.  Princesses and the stories they are a part of are FUN. And magical. 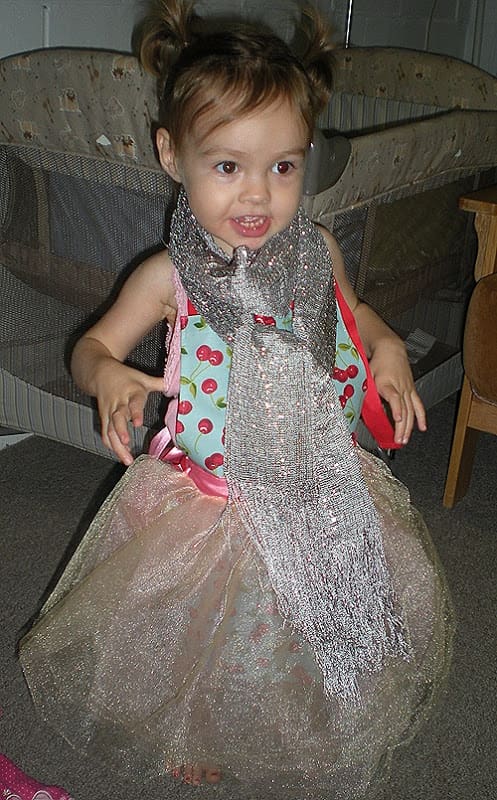 Princesses and fairies are always found in imaginative stories, historically popular fairy tales where you get to be part of a world where dragons can exist, magic is real and a kiss can wake you from a poison-apple induced coma.  As an eternal optimist, I adore a world where all of this is possible and good always wins!  In our world where children grow up all too fast, is allowing them a few years of dramatic play and fantastic imagination really a bad thing?  Are we really worried that our daughters won’t be smart enough to figure out that the fairy-tale princess doesn’t truly exist or that she won’t be strong enough or be too fragile to handle that truth?

I grew up watching every Disney movie that came out.  I think we had them all and loved them all. In fact, my girls watched The Little Mermaid for the first time over Christmas on the same dusty (and blurry) VHS tape that I did and it was so much fun to watch it together.  Even though I grew up watching all of these fairy tales, I am in no way a “princess culture” kind of girl.  My parents didn’t allow that to happen and thank goodness.  They expected me to be smart, capable, resourceful and manage my own issues with creativity, asking for help if needed. 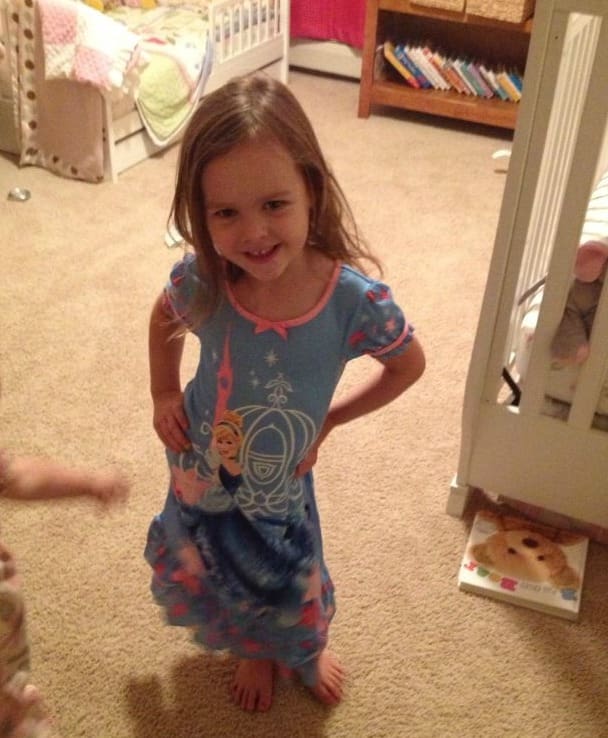 Disney and it’s Princesses are not the enemy.  And neither is Barbie or the word bossy for that matter.  We can’t blame the princesses for girls becoming spoiled.  If they are spoiled, it’s not a so-called “princess culture” to blame, it’s because we, as parents, aren’t saying “no” enough or because we, as a society, are allowing them to think that, without work, they outright deserve everything they can imagine to be theirs.  We can’t blame Barbie for our daughter’s body issues.  I adored playing with my Barbies, but I remember playing imaginatively and creating stories, not examining her body type and dreaming I could be just like her.  She was just a tiny plastic doll who couldn’t bend her legs – she was a tool for imaginative play and nothing more. And, for the love of everything good, we can’t just ban the word bossy and expect that the negative implications that come with the word to disappear with it.  Not to mention that sometimes, my daughter IS bossy and she deserves to be called out on it so she has a chance correct the behavior and remember to treat her sister kindly.

There’s also a difference between having a home only full of princess and Barbie toys, with every item in your kitchen bathroom and garage branded with Disney and simply allowing your daughter to be a child and explore princesses as one of many fun ways to play. 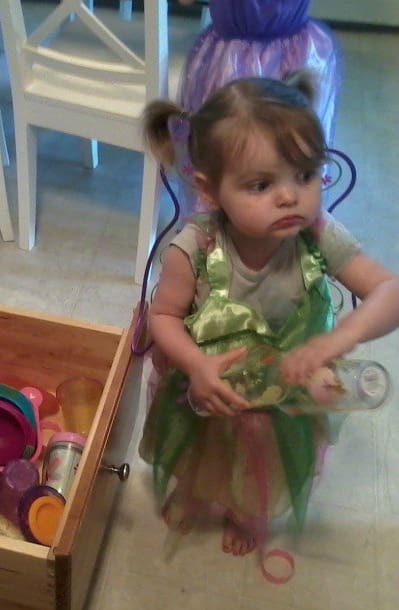 I find it disappointing that we’ve become a culture where we like to find things, words, toys or other people to blame for every problem, rather than looking at ourselves and taking responsibility.  My daughter can play with princesses without becoming one or growing up with a complex, it’s my job as a parent to help guide her back to reality when it treads the line between interest and obsession. If we could become a culture that was proactive and focused on modeling good, healthy positive influence on our children rather than blaming whatever seems handy, our kids would be much better off for it.

Let me be clear, I’m well aware that society, in big ways and small, will take a part in shaping who my children are, and I will be sure to do my part in doing all that I can to model behavior that shows them how to be a strong, wise, honest and healthy women.  But when trouble comes their way, I don’t plan on blaming their childhood toys for what they’re going through, because I simply refuse to give a piece of plastic that much power over my children.

Well, then if Disney isn’t the enemy, then who is?  Do we need one?  Instead of looking for enemies and scape-goats, can we choose to look for allies and commit to using resources and spending quality time with our kids, hoping and praying that it will be enough to encourage them down the right paths?  Perhaps instead of spending so much of our energy trying to ban one word, we can do our best to teach our children how to stand tall when others throw names at them and use it to build strength and character.

So, if my girls wear princess dresses every afternoon for a couple of years, so be it.  I welcome it with open arms, because watching them twirl and spin in tutus while singing Frozen songs at the top of their lungs brings me joy.  I will rest assured that those very strong personalities I see developing will serve them well and they will conquer the world someday.  Whether that’s in a board room or at home with their own babies, if they do so wearing pink, I won’t fault them a bit. 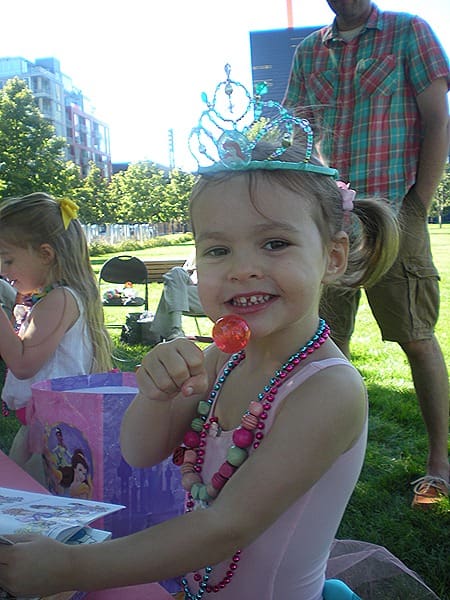