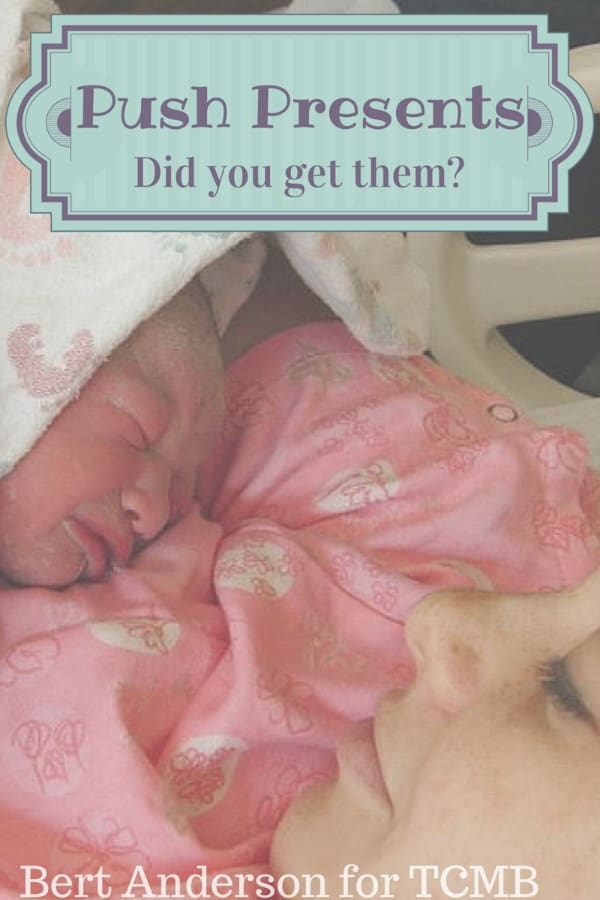 When I was younger, my mom would tell me the story of my birth as most parents do. Part of the story was how my father bought her a Beach Boys cassette tape to celebrate my birth. She wasn’t happy as I’m sure you can imagine. Because of that story, the present that my father gave to my mother to celebrate my birth, I assumed that everyone received a gift from their baby daddy after baby was born. It’s the same way I assumed that everyone used cloth napkins because my parents did in our own home. It wasn’t until I met my husband that I realized that the vast majority of the population used paper napkins and cloth napkins were used during fancy occasions. Apparently, my dad despises paper napkins for their inability to perform their task efficiently. (He is a retired Air Force officer after all; efficiency is everything.) I grew up with the notion that giving birth meant receiving a gift, and more than one in the form of a sweet baby in my arms. Isn’t this what everyone thinks?

Apparently not. I’m a straight shooter. I don’t beat around the bush at all so when it comes to wanting something, I just tell my husband. While we were dating, his friends would tease him that he had gotten the luck of the draw with me because I didn’t play games or make him chase me. I told him how I felt and that was that. When it came time for us to start trying to conceive, I mentioned to him that I would be getting a present from him. Oh, I didn’t do it in a bratty way if that’s what you’re thinking. I wasn’t like Veruca Salt in Willy Wonka & the Chocolate Factory, “I want a party with roomfuls of laughter, / Ten thousand tons of ice cream, / And if I don’t get the things I am after, / I’m going to screeeeeeeeeEEEEEEEEAM.” I really did think it was just done that way. And so, when my son was born in 2008, I received my first present: a pair of diamond earrings.

It wasn’t until my second pregnancy that I began to realize that present-giving to celebrate the birth of a child was more of an anomaly among my mommy friends. In fact, during a moms night out with a girlfriend, I first heard the term “push present.”

“Oh, you mean a push present!” she replied as I talked about what I hoped I would receive on the birth day of my unborn daughter.

“A push present: you pushed and so you get a present,” she explained.

Push present: it had a nice ring to it, a perfect alliteration. Plus, then I wouldn’t have to retell the Beach Boys tape story multiple times going forward. And so it began…a name for that present that I would receive after I pushed a baby out of my hooha. 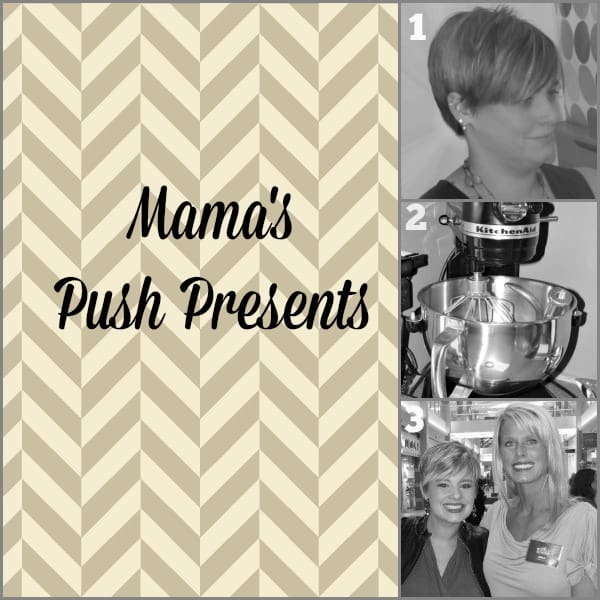 Baby #1 got me a pair of diamond earrings (that I wear every day). Baby #2 got me a Kitchenaid Stand Mixer. And finally, Baby #3 got me a few sessions with the personal trainer that I had during a weight loss challenge back in 2012.

If you aren’t accustomed to this, I’m certain it seems superficial, materialistic at best, and maybe even a little degrading. Give the little wife a present because she did her womanly duties; but that’s not what it is at all. My husband is an accountant so believe me, he crosses every “t” two or three times (really he does, you can see it in his handwriting). These gifts are ones that I cherish because I know he puts thought into them. I know that he’s saved for them. And for a guy who is not great with words, his actions have always showed me how much he cares and appreciates me.

Everyday when I look in the mirror and see my earrings, I remember that cold November day in 2008, holding my first born son with a pair of sparkling diamonds to celebrate the long 38 weeks that got us to that point. When I bake muffins or make pizza dough with my stand mixer, I think about the home environment I really wanted to create when my first daughter came in 2011. One filled with yummy smells and traditions that started in the kitchen. Now, as I work my butt off with my trainer to lose the baby weight I gained with my youngest, I think about my desire to live a healthy life for these three littles of mine. I remember the long pregnant road I endured with all three and I feel loved and appreciated by my husband because I did it for us. He knows that and this is how he shows me that he appreciates the sacrifice that I’ve physically given to our children.

Have you received a push present? If not, do you want to receive one? 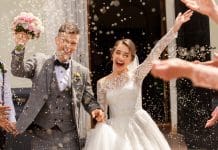 10 Years In: Go to Bed Angry & Other Marriage Lessons 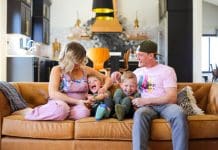