Priscilla Anne, my beautiful daughter, was born this past August at Roots Community Birth Center in North Minneapolis. My birth story actually starts a few years before my daughter was born. The seeds of education, my own awareness, and seemingly small moments contributed to decisions I made that yielded such an incredibly positive first-time birth experience. 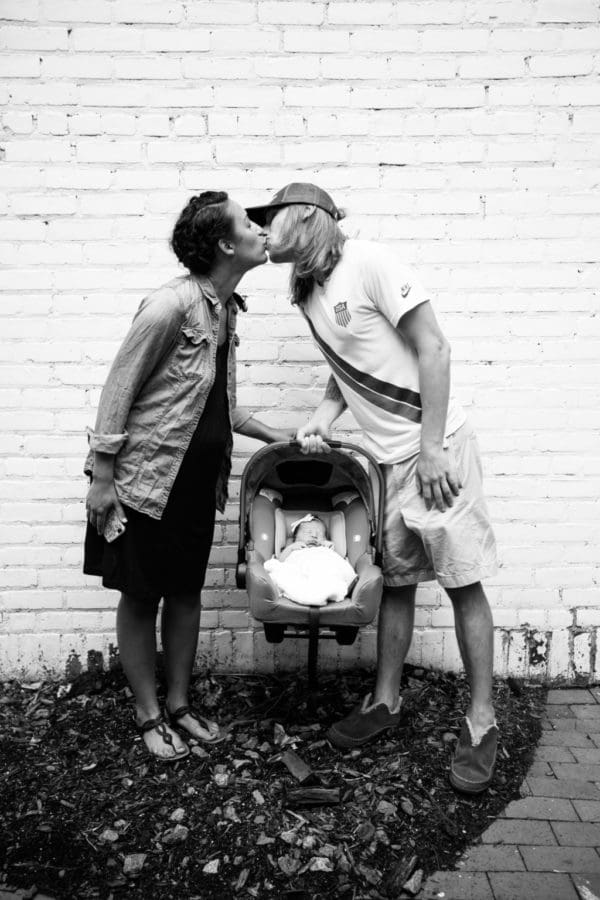 When my Godson Amos was born, I attended his birth to help support my dear friends Christopher and Courtney. I felt so inspired by his birth that I started looking into doula training the next day. That summer, I devoured books on the subject and consumed articles where terms like maternal mortality, reclaim birth, and decolonize birth began to form for me a new sort of language. When I first met my fiancé, Seth, I was just preparing to attend training and fascinated with all things birth and especially how it intersected with racial justice.

I had pursued doula education because I loved attending births, but also to increase my income as a freelance photographer. My idea was to hopefully merge photography with doula services to create an attractive package to potential clients. There was another side of my work, too. I also photographed events and portraits at H White Men’s Room on the Northside. That year, I was there weekly: in the wake of the Philando Castile verdict, for a giant party called BOMA, and National Night Out where kids create chalk drawings, jumped rope, and grown-ups ate BBQ on the stoop. At the end of the summer, as events began to slow, I noticed a sign that said “Roots” on one of the buildings at the end of the street. I had heard about Roots Community Birth Center extensively during my training and had placed a mental note to reach out.

Autumn felt like a blur of photo sessions. At Christmastime, Seth and I learned that we were expecting a baby, surprise! Suddenly, my training as a doula became even more relevant as I threw myself into heavy reading. I recall one afternoon sitting sick on the couch; I had spent the entire morning deep into 2015 cesarean rates at local hospitals.

At the end of my first trimester, we landed on Roots. I’ll never forget the feelings I felt while touring and attending my appointments and group prenatal courses. I had the privilege of choosing midwifery care as a result of being a relatively low-risk patient. My doula work and reading had left me with hard realizations surrounding the maternal mortality rate for women like me. Some other birth centers made me feel uncomfortable when I toured. I was keenly aware of my ringless finger, the homogenous branding, and the staff that made me feel uneasy. I described one tour to Seth as “the sunken place.” Roots felt warm, like the home of a friend.

My pregnancy sailed on. At twenty weeks I was diagnosed with a low-lying placenta. We also began attending our Hypnobabies courses with our doula. I loved how relaxed I felt after leaving our birth class and how peaceful the “joyful pregnancy affirmations” track left me. By the end of July, we felt as ready as we could be. I planned one last getaway to Red Wing with my mom for her birthday and Seth camped nearby with our dog Astro just in case. I had my 36-week appointment before taking off and learned I was dilated to a three. As a doula and Hypnobabies student it had been drilled into me that “numbers don’t matter early on.” As a result, I didn’t pay any attention and did my usual Red Wing thrifting.

The Wednesday after we got home, I felt a burst of energy and made chocolate chip cookies and chicken. Thursday, I went to bed early feeling unusually tired. At 11pm, I awoke to my water breaking! Immediately labor began. We reached out to our doula and midwife and was told to try and rest. Instead of sleeping all I wanted to do was sit, either on the toilet or the side of our bed.

Our birth plan had outlined being able to eat and drink while in labor. Seth was adamant about me eating, but I wanted none of it. Finally, I agreed to eat some peaches sometime in the middle of the night. I kept track of my irregular waves with an app on my phone, until they became too intense for me to bother.

By the wee hours of the morning, my labor was feeling like a lot of work. I finally was able to get a bit of rest. Then I woke up in a rush, running to the bathroom to throw up. My acid reflux was bothersome, and I felt generally annoyed, but not in too much pain. During the most challenging part of labor, I remember squeezing Seth’s hand while he timed contractions. Our midwife had said she wanted us to come in once the contractions were a minute long and I thought they were, but Seth was clocking them at 45 seconds. I didn’t think he was timing them from the actual start and remember getting frustrated with him and holding up my finger for him to start the timer.

The entire time, Astro sat awake and nearby, watching me with calm eyes. At one point in between a trip from the bathroom to the bedroom, I told Seth I wanted to go to HCMC to get drugs. He said no and I contemplated walking over by myself. By the time I had another wave, I’d come to my senses. That was the only time labor felt hard.

By this time the sun had come up, another beautiful August morning. I was on my birth ball and Seth called my mom to tell her we were heading to Roots. We packed up the last of our items and made our way down to the parking garage. I had two large contractions, which had now transitioned into pushing contractions, on our way to the car. Thankfully, we missed the morning rush hour traffic and arrived at Roots twelve minutes later. 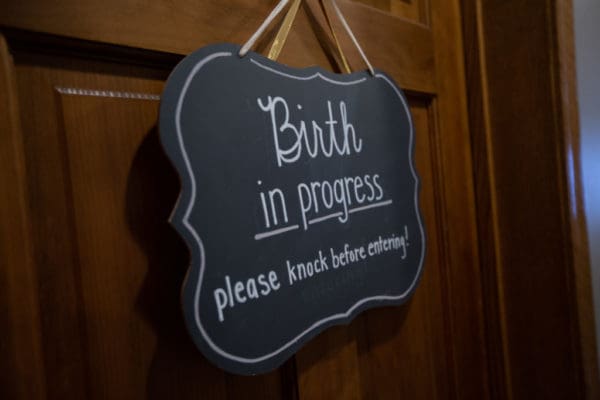 The relief I felt walking into that building was immediate. Our midwife was at the top of the stairs and I couldn’t get over how good it smelled. They got the bed set up for me and our midwife said they would check me to see where I was. A few minutes passed, and she came back in. A check wasn’t necessary, “your baby’s head is right there, you can push whenever you want.” It was too late for the tub, but I felt and focused. I tried to stay as calm and relaxed as possible and within 15 or so minutes, Priscilla’s head was born. She came out first talking and then with a second wave Seth caught her and put her on my chest. Our baby was here!

Minutes later we FaceTimed Seth’s parents, my mom arrived, our doula, and friends came to take photos and snuggle our new girl. It was the most triumphant, beautiful morning. I had birthed my baby how I was dreamed, in a place I felt loved, and celebrated, and with Seth by my side. It was the very best day and one that has carried me through the harder moments of motherhood so far. 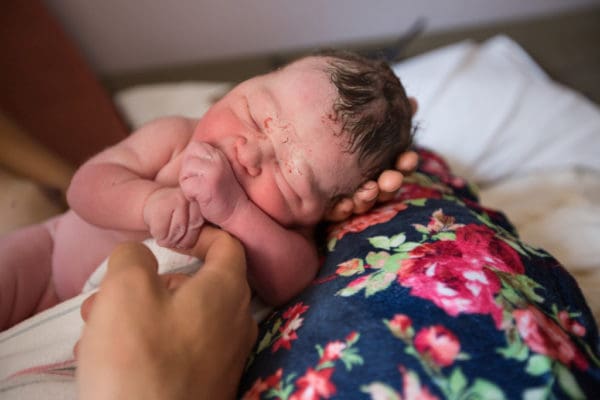 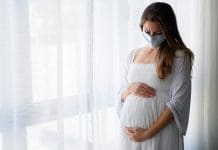 Giving Birth without My Husband: A COVID Story 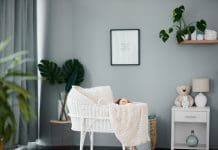 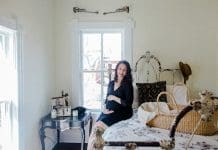 Preparing for My Home Birth