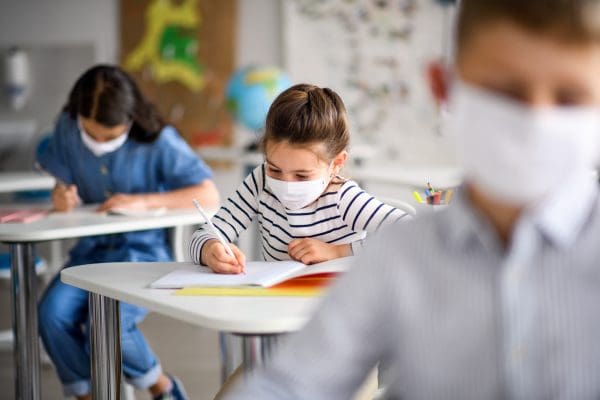 On March 12th, my kids tumbled off the school bus for spring break. I don’t have any photos from that day. I looked, but only found a collection of screenshots on my phone. An article I texted to my parents where I’d underlined the part urging people over the age of 60 to stay away from restaurants, movie theaters, and other public places. A meme I remember texting to a friend that reads “Today I completed a chore I’ve put off for six months. It took 15 minutes. I will learn nothing from this.” (Hi, who can relate?) Another article announcing that Tom Hanks and his wife had been diagnosed with COVID-19… I don’t have a record of what we wore or what we ate that day, but I do remember the gut-level feeling I had in the pit of my stomach, a feeling that knew already what would be confirmed by our school district in the coming weeks: they wouldn’t return to school to finish out the year.

I have plenty of photos for the rest of March. Most are of the kids around our house, sitting at the kitchen table for schoolwork, playing in the living room, running around the backyard in the unseasonably warm spring weather.

We figured it out. Spring Break was extended a week and then distance learning kicked in. The kitchen table became our schoolroom. We learned how to use Seesaw and my first quarantine purchase was a new printer so we could print pages of worksheets. We did math problems on the sidewalk using chalk. YouTube yoga videos in the living room became gym class. We journaled about distance learning for literacy and planted seeds and called it science.

March feels like a lifetime ago. At the same time, it feels impossible to find ourselves in September. So much has changed in seven months. It’s time for us to figure things out again.

I’ve been reading through emails to learn all over again what elementary school will look like. We did this just last year, as my twins began Kindergarten. We learned a new school and a new routine, a new teacher and how to eat lunch in the cafeteria, how to ride the bus and how to find their classroom. This year those routines have been upended. This year I’ll be driving and picking them up from a different door, they’ll have a different classroom, they’ll be wearing masks, they’ll be sitting distanced from their friends in the cafeteria. Virtually everything we learned about their school a year ago has changed. Three days a week they’ll be learning from home. As I write this on September 7th, we don’t yet know what distance learning looks like, except that it will be very different from our routine last spring. We have desks and iPads and crayons and pencils at the ready.

My youngest will be back in preschool. But instead of walking him into class, like usual, his teachers will meet us outside. His class size is much smaller. I’m not sure he’ll have gym time. I’ve had kids attend this same preschool for three straight years and yet we find ourselves this year, our fourth one, knowing it will look nothing like the rest.

My husband had a saying when our twins were born. “I don’t have to know how to parent a five-year-old. I only have to know how to parent a five-day-old.” Or a one-year-old. Or an *insert your child’s age here*. It reminded us that we didn’t need to get ahead of ourselves. We didn’t need to know how to deal with tantrums while they were babies, or how to deal with teenage mood swings before we have a teenager. We’ve walked through these changes one at a time. How to change diapers. How to bottle or breastfeed (or both!). How to snap up all those impossible snaps on a sleeper. Which daycare to use.

As they got older we learned how to baby-proof. We learned their sleep schedule and when they needed to move up to a new carseat. We learned what foods they would eat and what ended up on the floor. We learned how to enroll them in gymnastics and swimming lessons. We attended ECFE classes and sent them off to preschool.

Then it was time for the big one: Kindergarten. We attended Kindergarten orientation and learned how the drop-off and pick-up procedures worked and where their bus stop was. We packed up their lunches and they learned better than us everything about their school.

Now all of those things have changed. The schools we’d had all figured out are changing again. If our children are attending at all in person, we’re trying to figure out which door is for drop-off, packing extra masks and hand sanitizer, reminding them they won’t be sitting right next to their friends. If they’re learning at home we’re reminding them how to use learning apps and Zoom, that doing school at home still counts as school, that our routine of the past seven months (sleeping in, pajamas until at least 9 am, rarely leaving the house) is about to come crashing down around us.

We’ve figured it all out before and we’ll figure it out again. These changes are coming fast and hard this year. As I get email after email on new policies and procedures, “click here to read about our COVID precautions,” it feels like these changes are happening all at once. Will I be able to remember it all?

But we’ve done this before. We learned not only how to change diapers but which brand fit our babies best. We learned which vegetables they liked and how to include them in as many meals as possible. We figured out which preschool to attend, which shoes they deemed “the fastest,” and how to pack a lunchbox.

We’ve evolved and re-made ourselves and our routines several times this year alone. January, March, again in April, whatever summer looked like, and now here we are in September, ready to figure it out all over again. And we will. We’ll figure out the rest of this year and maybe we won’t only survive but thrive. Because we’ve done this before. And we can do it again. 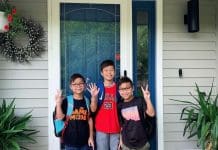 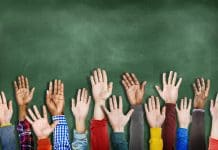 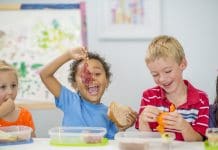