Somewhere along the journey of our marriage, my husband and I decided that when we were done having kids that he would be the one to take on birth control in a permanent sense. When the hormones took control after the birth of our second, and last, baby and I started wondering, aloud, if we should have a third, he quickly called up his doctor and scheduled a consultation for a vasectomy. He had the snip before I went back to work after maternity leave. 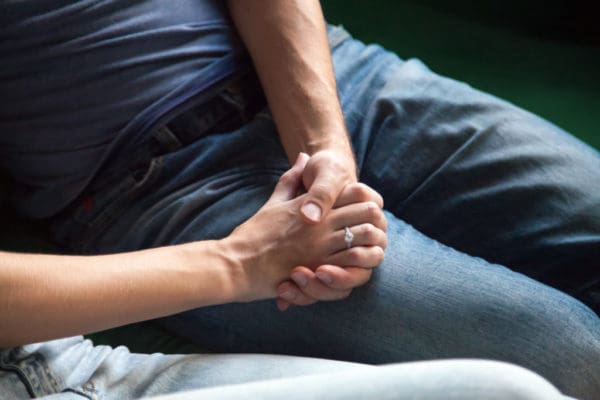 Vasectomies are fodder for cultural jokes. Our friends and families definitely played their parts when they heard about the upcoming procedure. I was pulled aside by many of my mom friends to conspire on how, exactly, I got my husband to do this. Truth be told, I don’t recall it being a hard sell. He felt as if it was something he could do. I birthed his two children after all. (Although I don’t recommend the “Do you know how many stitches I had?!” line of negotiation.)

For all of you who might be in a negotiating birth control phase of life or just wondering how bad this procedure is for your man, I’m here to tell you he will live to tell the story. He may even wear a little badge of honor for stepping up to the plate. Here is the rundown in the, um, most delicate way possible:

This is a quick, outpatient procedure but he’ll need someone to assist with driving because they give Valium to take before the procedure. Prep work involves shaving the, um, procedural site very well the night before. I’ve heard that men will want to take extra care to do a good job in this department or risk a dry shave in the clinic. My hubby got kudos from his doctor on a job well done here and seemed remarkably proud of this.

As he tells it, after going back with the nurse, he sat uncomfortably on a table with a paper sheet until the doctor arrived (sound familiar ladies?). He was then given a rundown of the procedure and one part of his, um, reproductive organs were taped up to get it out of the way. There was a pinch as the local anesthetic was administered in the, um, procedural area. After ensuring everything was properly numb, there was pressure as an incision was made and the tubes were found and snipped. (Much to my husband’s dismay, his doctor decided to show him the first of the removed pieces). Apparently, the second little bugger wanted to fight for its life and there was a little more pressure as the doctor battled it but I don’t think this is the norm. A stitch later, the procedure was done. The removal of the tape from the, um, other sensitive area was apparently the most painful part of the whole ordeal. Half an hour after going in, he walked slowly out to the waiting room and we went home. 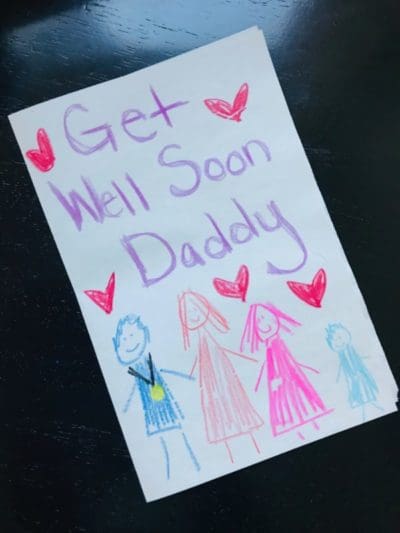 Aftercare involved being careful, walking gingerly, whining a bit, and keeping gauze on the area for 24 hours. No frozen peas were needed even though I offered to go buy some so he wouldn’t use the organic bag in the freezer. My husband chose to sleep downstairs for a few nights lest myself or our small dog accidentally kick him in our sleep. (It’s also possible that this was also a good excuse to get off duty for the nighttime wake-ups of our three-month-old).  All in all, he wasn’t too uncomfortable, but the incredible shades of purple and green of his, um, post-operative area was a point of manly concern. One that he made a point of showing me on a nightly basis…(I questioned whether or not to make a point that I didn’t make him look at my bruised area).

After a week he was back to normal and cleared to start his, um, homework. Twenty practice sessions over a month and then a final exam at a lab to ensure that the procedure was effective. Then we can resume our usual schedule of sleeping chastely side by side without extra protection.

Some people have asked about the decision to take such a final step. Life is unpredictable after all. Should any of the unthinkable things happen that would inspire us to regret this decision, we know we have options. Should I still want another baby after all the hormones wear off, well, we have options there too (including a lot of couple’s therapy to get on the same page). My husband, for his part, has none of these concerns. As he approaches his 40th birthday he is comfortable with our family as it is.

All joking aside I am proud that my husband stepped up for this. Not having to worry about birth control for once in my adult life is a freeing experience. It’s too early to tell for sure but I have a feeling this may, um, spice things up for us (I do highly recommend this line of negotiation).