I’m thirty-one years old and it really shouldn’t surprise me that it comes every day but here we are. Dark bedroom. Warm bed. Children who serve as the most functional alarm clock I’ve ever owned.

My three kids, once they’re awake, are instantly awake. Like, ready-to-run-a-marathon awake. While I don’t even want to string a sentence together before I’ve had about twenty minutes to wash my face, change my clothes, and take those first few sips of coffee, they are ready to be up and out into the world. 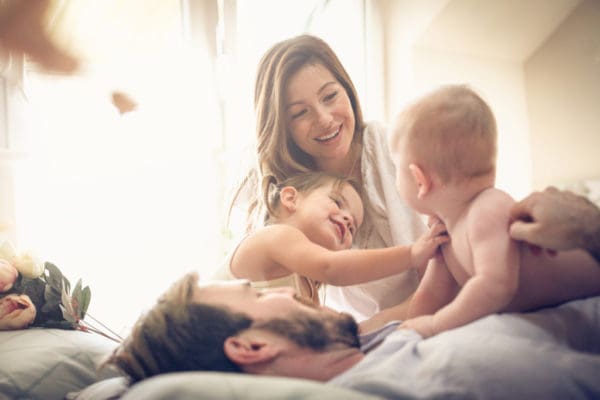 I have friends with kids of similar ages to mine who actually have to physically wake their children up in the morning. What in the actual world? This is as foreign to me as living in a place without snow on Christmas. Surely these children, these places, must be mythical. I hear that eventually, in the years of teens and preteens, this might become a thing in our house, too. But for now, they are awake. Always. Instantly. Whether the sun is shining or not, whether they’ve been up late the night before or not. Six o’clock hits and they. are. up.

In some ways, it’s a blessing. We usually have a solid two-hour block of time before we ever have to leave the house. They’re awake early enough to have time to play, to read books, to do a puzzle, (*ahem* to fight…) before we need to be out the door for preschool. My daughter can take the 45-minutes she seems to need to eat her breakfast. There’s plenty of time to get three kids dressed and ready and out the door, teeth brushed and all.  Our mornings aren’t exactly rushed.

While not rushed, it still feels like there’s quite a bit to do to get through our morning list of all the things. Unload the dishwasher, make the breakfast, load up the dishwasher with newly-dirtied dishes, wipe down the counter (ha! – maybe), three kids changed with both hair and teeth brushed, clothes, makeup, and thermos of coffee for me, and, oh wait, did I even pause long enough to eat anything?

Speaking of pauses, let’s take a moment here to talk about just how long the day is when it starts at six-something am. It’s often daunting, at six-whatever in the morning to think about just how many hours there are ahead of me before we get to bedtime. Kids of the no-longer-napping variety are awake for so many hours each day. Two to four-year-olds who no longer nap are awake for approximately 43 ½ consecutive hours each day. (I hear that’s mathematically and physically impossible. I dare you to prove it to me at three in the afternoon on a Thursday.) Whatever it is, It’s a lot of hours in a row. Even on preschool days, there are still plenty of afternoon hours to fill with everything from Play Doh to playgrounds, screen time to snack time.

Next year will be a bit different. We’ll still have plenty of time to get ready each morning, but I’ll be down two kids, as my twins head off to kindergarten. Mornings may feel a bit less daunting since there won’t be quite as many hours to get through each day. (Or not. I’m fairly certain my two-year-old will be finished with naps by then. Send me your thoughts and prayers.)

It will be a new season, with many of the same-but-different challenges of every other season I’ve experienced so far in parenting. Some things will be harder, some will be easier. Some things will stay hard but in different ways. I’m 99.99% positive the mornings will still be early.

Anyway, for now, it’s morning, again, at this time, this place, this routine. Pass over the coffee. 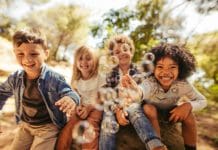 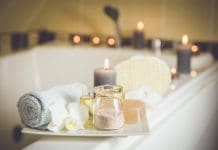 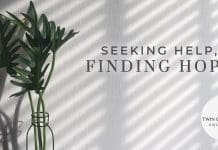