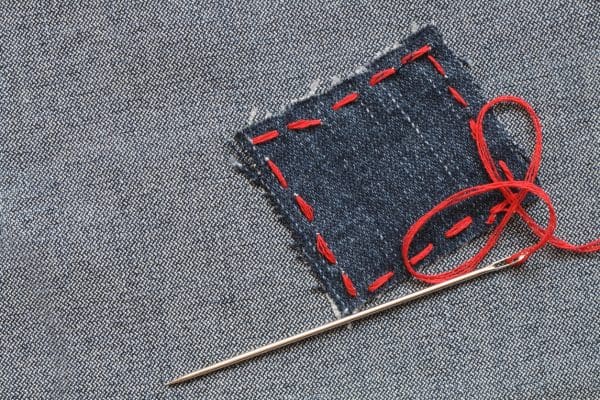 When my daughter was 4 and in school (the Before Times, guys. You know what I mean, before we had a global pandemic shut down our school…), she had only three pairs of pants she ever wore: dark, light, and red pants. She had a whole wardrobe of clothing, but she only ever wore these three pairs of pants. We had to be mindful of laundry days, because not having one of her pants available wasn’t an option. My daughter is 100% that kid who will pull her favorite pants out of the dirty laundry pile, sniff them, and declare them “good enough.” Something she may, or may not, have learned from her mother.

I could not convince her to wear any other pants. I once went to the same store we bought the other pants from, found the exact size/fit/color of her other pants, and had her vehemently reject these new pants because they “didn’t stretch right.” She preferred her cozy pants. You should know, my daughter is also highly strong-willed so there really is only so much I can do about the pants.

Ultimately I decided that it was fine, it was a phase, and I also relate to having a favorite pair of pants. So we let things be and I let her wear just those three pairs of pants. I know how to choose my battles with her.

That is, until they tore.

We watched them tear slowly, the knees had been wearing down for some time, and when they finally tore in both knees it was the dead of winter and I was worried about exposed skin. Remember how cold MN winters get? It’s a real concern, or at least it was for me.

I tried in vain to get her to wear different pants. I tried to show her that we can’t wear pants with big holes in them when it’s cold. I tried to explain that we have lots of other pants to wear that look the same. I tried to reason with her. I tried to bribe her. But she cried and cried for her cozy pants with the holes.

So I got desperate. I asked her, “Do you want me to try and fix the pants?” and she got very excited about an option that allowed her to keep her beloved pants.

I am terrible at sewing. I did it wrong twice. My mom friends laughed and asked why I would go through all this effort for pants: “You know she’s just going to outgrow them?” and of course I knew. But for some reason my daughter was hell bent on wearing these pants and I spent a very tiresome afternoon fixing up my 4-year-old’s favorite pair of pants. 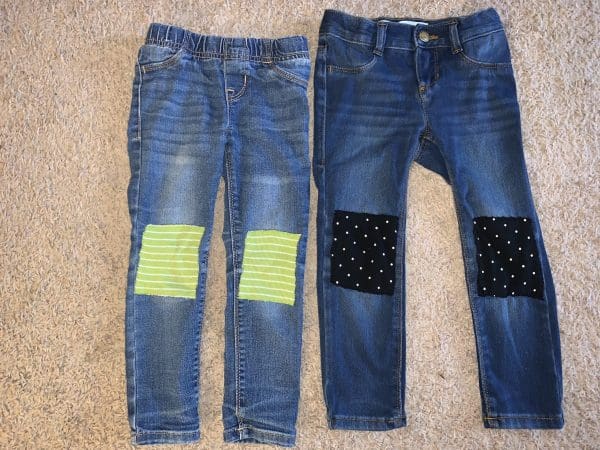 It was ultimately a hack job at best, but they worked fine. My daughter was pleased with them and she loved how they turned out. Meanwhile I felt like the mom who caved to her tantrum and doubted whether or not I made the right call. Maybe I should have just thrown them away? Did I reinforce that if she cries enough she can get her way? Will she be made fun of at school for her weird looking pants? In the end, things turned out fine for my daughter and we did eventually move on.

Fast forward half a year and we are now in the middle of summer. My daughter has since outgrown those pants. She is really into dresses and wears other clothing–it really was just a phase, thank God!

We recently spent a weekend putting away clothing that no longer fit into storage to make room for some new clothes –it’s a regular battle over storage space in my tiny home.

We sorted through all the clothes and put them away in two piles: one to be donated and one to be kept for her younger sister. We had small moments of nostalgia when we put away her Christmas sweater, or her Princess Anna dress, and we ultimately had to make a third pile of clothing called “the special clothes pile.” This is where we put things like her baptismal gown or the outfit she wore when she came home from the hospital. She wanted to hear all about when she was a baby and we got derailed a lot working on this clothing project.

When she came across her knee patch pants she exclaimed, “I remember these! These go in the special pile!” and set them alongside her baptismal gown.

I laughed at first because I had forgotten how janky looking they were. It really had only been six months since the Pants Meltdown of 2019. But time moves differently in motherhood and it feels like a lifetime ago since I was worried about what pants she would wear to school. Again, that all happened in the before times when we weren’t up against COVID-19.

Then I got nostalgic and a little sentimental over these pants that my daughter declared special to her. I asked her what made them special and she told me, “They are special because I love them and you fixed them.” Which is all that she remembers about the incident. Meanwhile I remembered the crying, the worrying, and the tedious time spent sewing small fabric patches.

What she remembered about those pants is that I fixed something that was special to her for her. I didn’t throw them away when she wasn’t looking and I didn’t replace them with identical pants–I fixed them. I fixed them because those pants fit her right; because she liked how they stretched; because they were “cozy” and I kind of get that; because she wanted them to last longer and she wasn’t ready to give them up.

Parents, we spend a lot of time working hard to create special and meaningful moments for our kids. We try to preserve traditions that were important to us when we were young, we plan elaborate family vacations, and we put effort into the daily ins and outs of our children’s lives in an effort to create memories for our kids that they can look back on with fondness. We do this so they know we love them and so they can remember how much we love them. 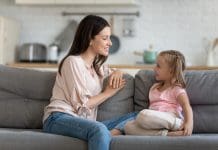 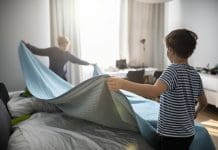