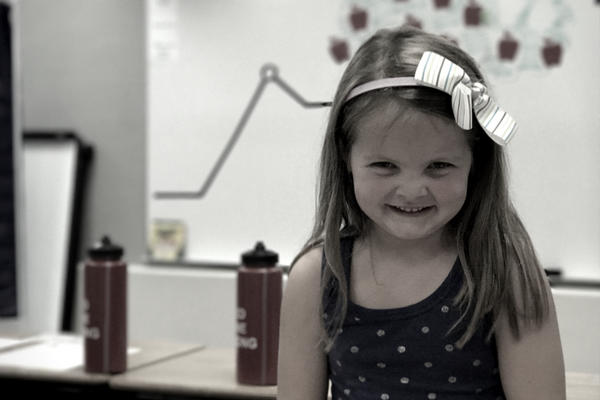 You were only six weeks old the first time my heart was shattered. When all you really knew was mommy, I’d spend hours holding you in the middle of the night, constantly rocking you as a slow but steady stream of tears wet the top of your tiny head. For months, without knowing it, you allowed me to hold you in a way that truly felt you were the one holding me up.

You never really slept through the night until you were about four. Let’s be honest, I haven’t slept much through the night for most of your life. Your constant visits in the middle of the night were a true God-send for a lonely and sad mama lying awake. You rarely need anything but a hug and to be walked back to bed, and I was honestly always truly happy to oblige.

The day before your first birthday, news that another baby was coming put me into a short state of shock. Twenty weeks later, in loss and broken-ness, you were again my youngest and you held me up, as more tears slipped down my face to wet the top of your growing head. And six months later, the last pain still letting the tears, finding a new pain with another quiet delivery, wetting your hair, now growing as much as you were.

I have spent many hours wondering if the tears that hit your head while you sleep will somehow screw up your subconscious. If you’ll have mommy issues because mommy had issues. Because the truth is, most of your life, for me, has been one hit after another. Each time I think I’m on my way back up, it seems I’m knocked over again. I believe I’ve handled it all okay, showing perseverance and grit, being positive and having fun as much as being sad, but I worry that you’ll only remember me sad.

But then. When each storm has come, you pop seemingly out of nowhere with an empathy that you seem to show most to those that are sad. I can smile through sad eyes, and you’ll come right in for a hug just long enough it seems you are giving it, rather than asking for it. And I give and take them, knowing that extra long hugs are certainly not bad for you. I see you think about other children who need a friend, I watch you cry when you realize you have to come home because you just love to be with people so much.

You are not my first to go to Kindergarten, but it has hit me like a big truck out of nowhere. Somehow I thought it would be easier this time around, but it has been exponentially harder. Part of me knows that it’s a bit because your oldest is supposed to look like the oldest, and go to school and do big things. But then, your next baby goes and you realize this kind of thing is going to keep happening. They really are going to keep getting bigger, doing big and bigger things, needing you less and less and the realization is a bit stunning.

I have been a wreck, to say the least. I know it’s all the regular mom stuff, but as I sobbed, yes SOBBED over your little head a few times (okay, a lot of times) in the past couple of weeks, I’ve slowly realized that as you grow into this place and this moment, I’m growing into my own new place and new moment. I looked at you the other night and you looked seven. You’ll be six in a month, but you looked seven and I nearly died. How did this happen? Where is my tiny girl?

You’ve been with me, literally right by my side, for every major heartache I’ve encountered in adulthood. Through every hurt and every loss, you’ve let me hold you, and in so many ways, I think it’s really you who’s held me. But now, in a way, I’m losing you, and over the past few weeks, as I’ve processed the beginnings of your larger freedoms and independence, I’ve realized what I already knew: that it’s me that’s not at all ready for Kindergarten. You. You are ready to soar.

Me? I guess I’ve become accustomed to life with you right alongside me. As I emerge from what has been a hell-ish six years in some ways, and the most joyful six years in others, I can’t wait to watch you spread your wings. And I hope that as you do, I’ll spread mine just as wide.