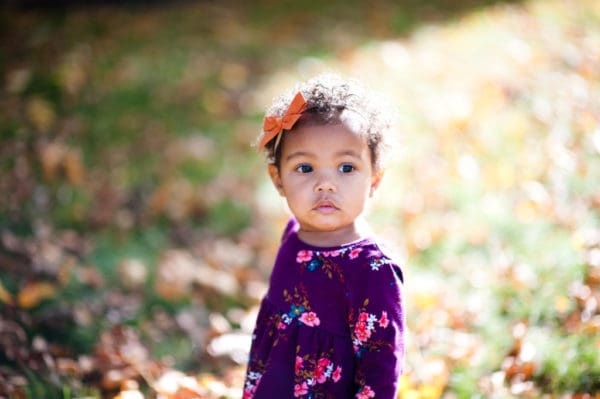 My husband and I have four sweet children. We adopted our youngest, domestically, 18 months ago. She is the light of our home, we all are enamored with her sweet and spunky personality. She definitely takes the role of baby of the family seriously. She holds us all in the palm of her hand. Ha!

With adoption we often field a ton of curious questions from strangers, and even people we know well. Which I am totally ok with (for the most part, as long as they aren’t intrusive or inappropriate). One of the most common curiosities is about her Mama, her first mama.

Did you take a second and wonder why I referred to my daughter’s birth mama as her Mama?

If you did it’s ok. I come to expect it. I get a lot of double takes when I refer to her that in that way. As if I shouldn’t. As if I forgot the “birth,” and somehow forgot that my daughter was adopted. I didn’t forget. In fact, I often drop the “birth” purposely. I only use first as a way to dispel any confusion in conversation. She is in fact her Mama, her first. Let me try to explain why I am 100% on board with being second.

I know my daughter knows I am Mama. I know she loves me, and I am confident in our mother and daughter bond. It’s undeserving, and sweet, and so special. Unlike any other kind of love I have ever experienced before. I don’t feel the need to defend who I am to her nor to anyone else. It just is, and it is beautiful.

However, I feel like I need to be her first Mama’s voice. Her advocate. Her Mama is extremely important to our family and to our daughter. She first chose life for her daughter. She sacrificed so much to grow her in her belly. She loved her immensely (and still does). She felt her first. Knew her first. Cared for her first. Saw her first. She gave birth to her. And she made really hard decisions with her daughter’s needs a priority. And then she chose in love to place her in my arms. She was the very one who chose me to be her Mama, too. She in every sense of the word is a Mama. A good one. I will forever admire her for who she is. I know she gave birth to our daughter, but she is much more than a birth mama. So much more…

A few weeks after her adoption was finalized, her birth certificate was sent to us in the mail. I opened it up excitedly, but quickly noticed that her first Mama’s name was replaced with mine. In fact, the beautiful woman who did courageously give birth to her, wasn’t even named. Erased. Gone. As if she never even existed. My heart sunk and then broke with the realization, that legally she was so easily dismissed. So forgotten. I assumed, naively that on her birth certificate her Mama would be named first, and then us, second. I believe passionately that this is the way it should have been.

I shouldn’t have been so shocked though. So often birthparents are dismissed easily in the adoption triad. Quickly forgotten about as soon as the child is placed, and in some situations not even given the respect and dignity they so deserve before as they consider parenting or adoption. It is wrong and should be gut wrenching. Something needs to change.

In the meantime, I will not dismiss my daughter’s Mama.

She always will be held in high esteem, with the role that was hers to begin with and so graciously and unselfishly placed with me.

So please ask me if my daughter has her Mama’s eyes.

I will tell you that she absolutely does. She has her beautiful heart too. 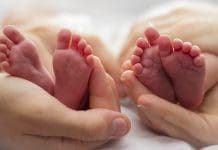