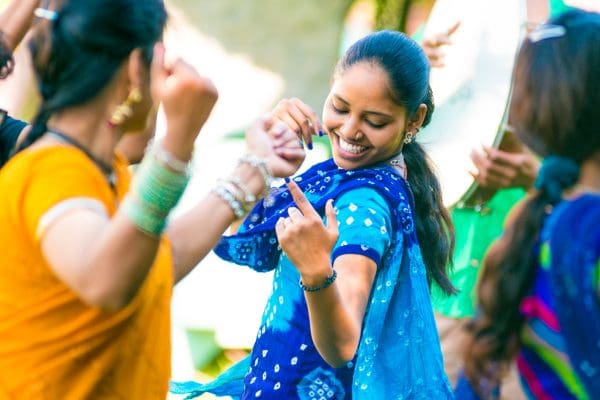 The thought that I don’t want to turn out like my mother has always haunted me. And I recently realized that this wouldn’t have been so deeply rooted in me unless my mother also must have had it in her mind while raising me.

Let me give you a clearer picture of what I mean…

I believe there are two kind of girls: the ones who want to be just like their mom, and those who do not. I undoubtedly fall into the second category. And yet now, as a mom of two little boys, I see more of my mother in me than I used to realize. I have caught myself speaking her words a number of times that I remember struggling to hear as a kid. This happens more often while handling my 5-year-old boy, who has the same temperament as me. While parenting him, I suddenly hear my mother’s words from decades ago repeating themselves.

Now, you may be wondering why in the world I would be writing this kind of post for Mother’s Day! Well, the road of reasons that led me here is an interesting one.

My mom got married to my dad, a complete stranger to her at the time, when she was 18 years old. Apparently, she never got to finish her education. Back in those days in the place where I come from, girls had two options. They either completed their education, earned a degree, and then had an arranged marriage; or skipped the degree and went right to having an arranged marriage. Phew! How simple were those times in terms of marriage?! Right?

So, my mom was a young, 18-year-old girl when she moved with her husband (my dad) to a completely new city – totally different in culture and language from where she grew up. Up to that point, she had been under the constant supervision of my grandparents, with no access to the outside world apart from a few years at school. But then she was married to a stranger and all of a sudden she was a homemaker and wife.

As a young parent, she made the decision to make some changes from her own upbringing. She, along with my father, decided to be incredibly persistent in raising their daughters differently from the traditional way girls were raised in their generation. We were given privileges that they themselves had never experienced. But with that kind of freedom, naturally, came rules as well. (Duh… they may have come a long way, but they still had their South Indian DNA inherited in them).

Growing up, they saw all of the privileges being thrown upon us, while I was only able to see the rules that came along with it. This difference in our perspectives brought in – and still brings in – so many conflicts between us. To be honest, we always walk past it and yet never try to resolve it. I realize as years have gone by, there have been times we could have tried, but the fear of facing each other’s worst is what stops us from doing it.

Now as a mom myself, I recognize so many parenting patterns I seem to naturally fall into from my own childhood; and I work hard to try and change them. I realize this might sound as though I am being ungrateful towards my mother, or that I believe my mother wasn’t good enough. However, I don’t see it this way.

All of us mothers are these little girls who feel like one day we wake up with a family and kids all of a sudden without even realizing it. My mother, at that tender age, could easily have opted to raise me exactly how she was raised. But she did not. She chose betterment and change for herself, and for the next generation she was raising. She chose this for us and made sure we always knew it.

Now, as a mom, that is exactly what I am trying to do. Learning from her mistakes, and then trying to better myself as a mother and the decisions I make for my own kids. In fact, I bet most of us are all doing this same thing even if we don’t realize it.

For me though, in this process of improvement, I tried to take a huge leap instead of baby steps; which my family felt was going too far from the freedom that I was given. I broke the arranged marriage culture in my family by choosing a man who was from a completely different community, unlike us. And from that point, from my family’s perspective, I took everything too far. Too far outside the bounds of their understanding and culture. With this in mind and even years later, I am certain my mother still needs a tremendous amount of time to process all of this. But even with our differences, she never fails to encourage me in bettering myself as a mother.

The truth is, I cannot avoid seeing my mother in myself. That is something that I have inherited from her. I have also inherited the quality of “always be improving yourself as a mother” from her. A quality that pops up once in a while to remind me that I actually am like her in some ways. Because we as humans always keep working hard for the betterment of ourselves and our family.

Being so varied in our perspectives, there are times I am angry with my mother as she struggles to see things from my very different point of view. But of course, the reality is she loves me a great deal, and has spent her entire life shaping mine. It’s in these moments that I realize the anger I sometimes feel about our different perspectives is actually about the fact that she never gives herself enough credit as much she tries to advocate for the people around her. Like many other parents from my native culture, it often feels as though “What will people say?” is her only concern. But then I have to remind myself to look at how far she herself has come from that young 18-year-old bride.

All through my childhood, my parents wanted to be proud of their parenting style. And like so many of us – even today in American culture – when someone appreciated or complimented their daughters’ conduct or academic performance, my mom would feel immensely proud about it. It became a large part of her self worth.

Now that I am an adult, I don’t have any idea how she feels about me, and my life and parenting choices. But one thing I did learn from her is that it is okay to do your best to make generational changes. And because of this, I know that I’m very proud of myself. I am so proud of how I turned out to be, even though my life is not exactly the way she would have planned it, which is a beautiful thing.

I am so thankful and proud of my mother, and the fact that she raised me according to her own terms; and in turn, taught me to raise my own kids the same way. 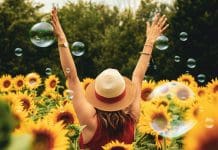 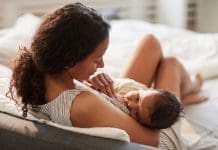