I knew I’d get some funny comments when I was pregnant. I had heard my mom friends lament about them, the jokes about expecting twins, and how ridiculous it is that pregnancy often means zero filters when it comes to observations from strangers. What I didn’t expect was a backlash from friends and acquaintances where the intention was to make me feel guilty for the simple reality that I was having a baby. 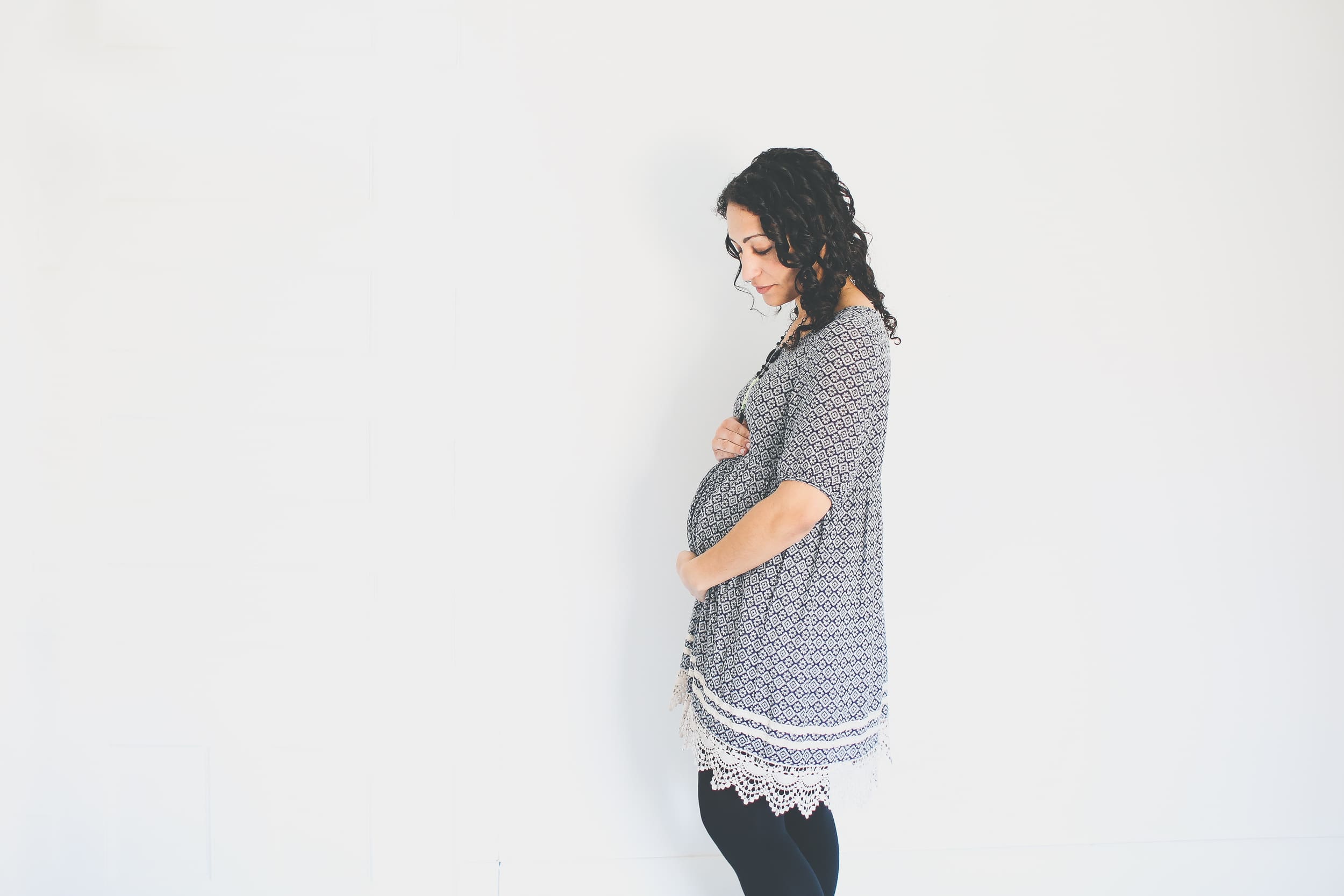 Up until the moment Seth and I announced our pregnancy, I had rarely, if ever, been on the receiving end of jealousy. To be fair, no one had a reason to be. For all of my twenties I lived in cute albeit modest apartments, had a string of fun but failed relationships, and I never made an enviable income as a photographer and nanny. While I was happy and loved many parts of my life, I was therefore, never a threat to anyone’s happiness. All of that changed immediately after we began to share our news with friends. Because of my prolonged singleness I was used to the feeling of my life not looking like I hoped or imagined it would at a certain point. I had weathered my own storms, but didn’t expect other’s struggles to bleed so intensely into my own pregnancy.

Our pregnancy was a delightful surprise, but still, I faced stress and worry, and let’s face it—judgment of a society that doesn’t approve of babies born out of wedlock, especially to women of color. I knew all the stereotypes like an old friend, because I had been raised and conditioned by our culture as someone who was deemed “high achieving” to avoid them at all costs. Still, the worst reactions didn’t come from religious people, or even conservatives, they were from progressive, white girlfriends. People who I assumed and hoped would support my family and myself.

It started with strange comments, but it was two particular experiences that left me rattled:

Photography and writing have always been my outlets. When I decided to document my pregnancy in photos on my personal Instagram account, I awoke one early morning to a detailed message. A friend of mine felt it necessary and right to explain to me why her sister needed to unfollow me. They had lost a baby she began, and my photos were just “too hard for her.” She then wrote on details of the miscarriage that haunted me, and left me fearful for my own baby for days. I felt humiliated and shamed for simply sharing an image. I wondered, had this woman recalled when she’d attended a recent birthday gathering of mine and spent an inordinate amount of time gushing about her engagement while I sat plain faced and ringless? While I don’t fault anyone for needing to reign in their consumption of social media I wanted to inquire—was a detailed message to someone in a frankly vulnerable situation necessary? I spent the following days worried and scared, imagining myself in her shoes.

Within months she was pregnant again, our babies so close in age they could share a classroom.

When I shared my news with another couple of college friends, many of whom I had attended or participated in weddings for, the response from one was especially hurtful. Instead of having a direct conversation with me I was left to wonder while she whispered in another room with a different friend at a party. I finally had worked up the courage to ask her about it, but she had already left the gathering. She refused to help plan a baby shower when she had for our other friend, wrote me a terrible message several months later, all to find herself (I’m sure finally to her) a mom just days before my daughter’s first birthday.

I want to ask her—was that worth it? Since you yourself have what you want now?

If I had looked more similar to them or had followed the same path they did—marriage then babies, or really, had my baby come after theirs, would it had all turned out differently?

For the most part, I felt supported by friends and family as we awaited Priscilla’s arrival. The beauty of an alternative script for your life is that it culls out the best from the not good. In many ways, the unkindness of others was a relief and gave permission to release. Jealousy, anger, resentment, and pain. They are parts of the motherhood journey, and womanhood, and are entwined with our culture. When riding close to privilege and race they become even sharper. I get that these are hard places to navigate.

We all deserve grace, but I wonder—where is the grit? A handful of years ago I attended five weddings in one summer. I longed for my own “fairy tale ending,” but it was nowhere in sight, and instead I pressed on. In each situation, I showed up. Why couldn’t the same treatment be bestowed onto me?

Today, I look my one-year old daughter in her brown eyes that remind me of me, and I’m left with the realization that she too will navigate hard and slippery spots of womanhood alongside friends. I pray for her an easier experience. May she know the softer places to land. 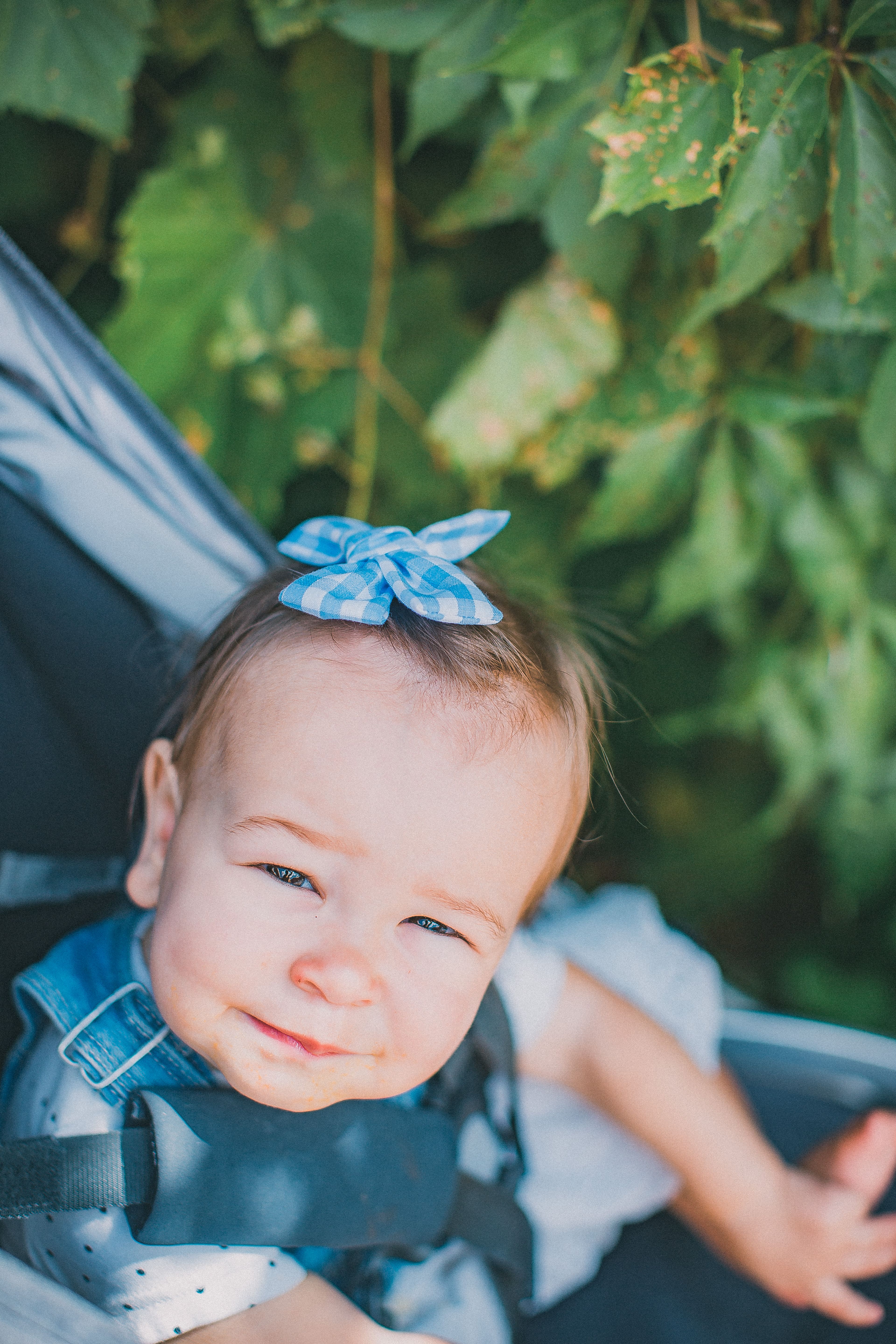