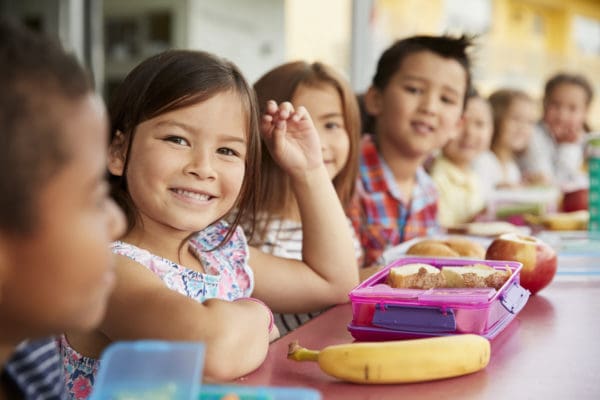 As a child growing up in Mexico City in a blended Mexican American home, I didn’t know I belonged to a unique group of kids known as Third Culture Kids. It’s a concept that was first used in the 1950’s by American sociologist Ruth Useem. But unless you are a Third Culture Kid yourself, you’ve probably never heard of it. Although, in a beautifully diverse place as our Twin Cities, it’s very likely that you know one, or maybe you are raising one!

Third Culture Kids (TCKs) are children who spend their formative years in a different culture than that of their parents. This could be due to a variety of circumstances. Some examples of TCKs are children of diplomats, military personnel, business people or missionaries who, together with their family, leave their country of origin and are raised for a number of years in a different country. It also includes children of immigrants or expats who make a permanent move to another country, or children whose parents are each from a different country. In each of these cases, these kids grow up in a blend of cultures, forming ties and memories to the place where they live, but still having a strong influence in their home from their parent’s native culture.

One of the signs of a TCK is that they have difficulty answering the question, where are you from? In my case, I would answer: Mexico. But since we are in the midwest and that doesn’t make immediate sense to anyone, a string of questions usually follows. Do you mean New Mexico? (That question makes me laugh!) What are you doing way up here? (Fell in love, got married and stayed.) Do you hate the winters here? (No, I love them…from the inside of my cozy home!) Why would you leave the warmth? (100 degree heat or 15 degree cold…same difference! You spend it mostly indoors either way.) How come you don’t have an accent? (I was raised by a Minnesotan mom.)

On and on the questions go, and it makes for an interesting conversation. But what most people don’t understand is that being a Third Culture Kid often means not belonging anywhere. Wherever you are, you’re from somewhere else. While in Mexico, friends thought I was interesting and even cool for being bilingual and having many American customs. But undoubtedly at some point I’d be referred to as not “one of them” in some way. In contrast, when I attended college in the U.S., the lack of visual cues in my personal appearance as well as my perfect English meant no one assumed I wasn’t from here. Yet I would get lost whenever a conversation turned to pop culture or media trends. I got used to people’s jaws dropping to the floor by things like… “you’ve never watched Friends?!” Inwardly, I just felt out of place.

It’s true, Third Culture Kids face some challenges. We don’t feel like we fully belong anywhere and we can easily become loners, observing the world from a safe distance. There are books written on this very topic to help us better understand this growing demographic. If you are raising a Third Culture Kid, it is important to grasp the particular position your kids are growing into. However, speaking as a Third Culture Kid who is now raising my own Third Culture Kids, I would love to also reveal why it’s truly a wonderful privilege to grow up this way!

It’s worth it! Most adult TCKs will still say that it was worth the transitions and changes, the goodbyes to old friends and hello to new ones, the language and culture barriers, and the learning that accompanies all of that. With the example of parents who prioritize the positives in their daily approach to life, TCKs have a treasure vault of life experiences that you can’t get from a book or a degree.

The best of both worlds. From food, to language, to experiences, you don’t have to choose one over another! While growing up, one of our family values was to always be willing to try new things and embrace new experiences. My parents modeled a great appreciation for both of the cultures I grew up immersed in– my dad as an avid reader of English literature even though it isn’t his native language; and my Mom by learning Spanish by immersion as an adult as well as learning to cook great Mexican cuisine with ingredients she had probably never heard of before! Their examples set me up for success when it came to valuing what I liked, even if none of my peers did. As a kid, I developed a love for pumpkin pie, even when my Mexican friends would nearly spit it out. Now living in Minnesota, I have passed down to my kids a love for fruit generously doused in Mexican chili powder. And we will gladly eat it all while our local friends gag at the thought of it. I’m so grateful for the opportunity I’ve had to learn, and now teach my kids, to appreciate the best of both worlds with confidence.

The gift of a global perspective. There is something so special about seeing life from different perspectives. Getting into the non-tourist areas of a country and experiencing daily life is something you never forget. For me, while growing up, that looked like interacting with kids of all socioeconomic backgrounds, going to the market with my Abuela to get fresh masa (corn flour dough) for that day’s made-from-scratch tortillas, playing in fully gated patios and backyards due to safety concerns, seeing poverty stricken children and disabled people begging at every traffic light. None of those things are part of my daily life now, but they still impact how I see the world. As a parent, I try to give my kids as many glimpses of life in other places as possible through stories, books, and YouTube! (“What do people in Denmark sound like? Let’s look it up!”)

A confident sense of adaptability. TCKs could easily learn to just conform to their environment, like a chameleon. But confident TCKs learn the flexibility of adapting to their environment as an effort to honor and respect, without losing their identity. Something I learned early on is how to relate to different kinds of people. There are different expectations and dynamics that play out in my different sets of relatives and friends because of their cultural backgrounds. I had to learn at a young age how to determine what’s appropriate in different situations–to observe and be respectful of the cultural norms that were necessary in order to form a connection with the people around me.

Friendships around the world. We all can experience friendship regardless of our cultural background, but one unique aspect of friendship that I intrinsically learned is the ability to stay friends through time and distance. A TCK can have friends all over the world and when you have good friends who live far away, you learn to talk about what matters and to make your time together count. For me, this even played out in my dating relationship with my husband. The summer we met while traveling, we each went back to our own home countries at the end of our trip. Thanks to the old computer video chat, we stayed in touch and developed such a great friendship that, well… the rest is history! If you are the parent of a TCK, use technology to encourage your kids’ relationships with those far away friends or relatives.

Valuing what matters. Third Culture Kids are usually great at valuing the here and now. Maybe it’s all the changes and transitions that make us realize that today matters, so we make the best of what we have. In a transient and moving world, we want our interactions to matter and to carry us forward together.

Another value TCKs have is in how we see people. For us, it’s not so much about a country of origin, language or skin color. We are way more interested in your individual personality, your characteristics, your likes, your dislikes and your experiences.

Travel savvy. Samuel L. Clemens, known best by his pen name, Mark Twain, was an avid world traveller. In his work Innocents Abroad, he wrote, “Travel is fatal to prejudice, bigotry and narrow-mindedness, and many of our people need it sorely on these accounts. Broad, wholesome, charitable views of men and things cannot be acquired by vegetating in one little corner of the earth all one’s lifetime.”

Although not entirely by their choice alone, Third Culture Kids often gain a lot of experience in world travel. Not only is it a practical benefit, but it also influences their view of the world. But even if travelling is not a choice, there is an abundance of resources right at our fingertips. Personally, I think we have the most influence as parents when we demonstrate a willingness to be learners. Learn together with your kids. Watch their favorite show in a different language. Make a meal from a different cultural cuisine. And do travel, if you can! There is so much to discover while exploring something different.

Raising Third Culture Kids can be challenging, but the joys far outweigh the struggles. When I discovered the concept of Third Culture Kids as a teenager, it helped me learn to relate to the rest of the world with confidence, being proud and grateful for my unique life adventures.

Whatever winding paths your life has taken, the bottom line is this: your personal experiences have been knitted into the very fabric of your being, making you unlike anyone else. You have a unique value and perspective to offer the world. Live your adventure and take your kids along for the ride! Third Culture or not, they will thank you someday.

Resources for Speaking to Children about School Shootings 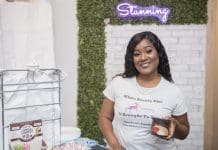 Comcast RISE – Round 2 in the Twin Cities 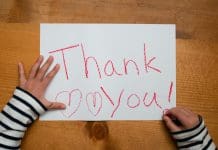 7 Different Ways for Kids to Say Thank You

Resources for Speaking to Children about School Shootings

Kim Mortensen - May 25, 2022 0
Infuriated yet paralyzed... Motivated for change yet helpless... Mourning yet feeling guilty... Thoughts and emotions running wild this morning. For all of you mothers who almost didn't do...

Comcast RISE – Round 2 in the Twin Cities

7 Different Ways for Kids to Say Thank You