In the first year or so after my daughter was born, I’d have a recurring dream. I was back on campus, and my sorority sisters and I were moving in with each other again. Except this time, we were accompanied by the people we’d collected since our college years—husbands, babies on hips. These dreams felt especially real, down to the late summer sunshine that would pour through the Dinkytown trees, vivid enough so I could see the light bouncing off the leaves. While the premise was bizarre, in the dream we are all ordinary, handing each other boxes and smiling, as if the gap between the near decade since graduation didn’t mean anything. When I’d wake from these dreams I’d laugh, sometimes text a girlfriend, remarking on the peculiarity of it, and move on with my day.

The circle of women I call close and dear all entered my life at important moments. There’s Arlene, who I met moving into my dorm. Her dad and my dad introduced us after realizing how much we had in common. My dad’s words were “here, meet Arlene, she likes to cook like you do.” Weeks later, settled into our fledgling academic lives, we’d host Soul Food Sundays and charge other students admission to come and eat. I can still recall the fried chicken sizzling in a pot of hot oil on our cheap student housing stoves. Maggie I met on the first day of second grade, I had switched schools from a small private to my local public one and it was my very first experience with anxiety. Our teachers had placed our desks next to one another. In a new place at the beginning of the school year I found friendship in this quiet, sweet blonde girl with a pageboy haircut. Zoe felt like a mentor before a friend, a co-worker in my production department at the magazine I shot photos for.

In the years since my early twenties, when friendships felt like vast oceans of shared experiences, hours upon hours heaped on each other due to lack of responsibilities or ownership to husbands and babies, I’ve made friends and lost them, rekindled old ones, and still found myself standing on the edge of cliffs with people, unable to make the impasse. Life was certainly more simple then, more hopeful even.

I know I’m not alone; I know about the think pieces on adult women and friendships and the often-dire prognosis for them. “It’s the patriarchy,” Maggie told me dryly over Marco Polo, the app I’ve used to stay connected with girlfriends during the pandemic. I’m not certain if she’s right, but I can understand how a woman’s life can call her into a deep well of ownership to motherhood, leaving little margin for anything else.

“No one used to ask each other if they breastfed or not,” my mom remarked one afternoon when my daughter was younger. I was trying, in vain, to explain to her the dramatic fights that erupted on mama Facebook groups. “No one compared each other, we were just in it.” I perhaps long for her era of early motherhood where the camps weren’t so drawn. I suspect I’m like most other mothers, a mix of crunchy and not. I birthed my second baby at home, on purpose, but love sleep training my babies. These intense schisms, already heaped upon our political climate, have made friendships during motherhood even more tricky to navigate. Did our great-grandmothers feel so called to standing their ground on parenting topics? Could they imagine a cancel culture in which we are faster to block and unfollow instead of talk and connect?

In my adult years I’ve been a good friend, someone who has laid down precious resources for the women I love and hold dear. I have also been a mediocre friend, ignoring texts or calls, not attending parties. I’ve sometimes been a terrible friend, I’ve fallen prey to gossip and its twin, jealousy. I’ve hidden from friends, finding refuge in my busy schedule or suburban location, or unable to have the hard talks that can build a better foundation for when storms between two people come, as they always do. As I grapple with my imperfection and my impulses, the grace I can extend or rip away, I am kept comfortable by the idea of a hope for myself and the women I hold dear.

My two-year-old daughter Priscilla is just beginning to make friends. Usually she asks to see the moms, my friends over their children. She likes to say that Abby, a friend I found at MOPs, is her favorite person. Slowly, though, she has begun to play with and connect with other kids her age. My deep hope for her is that she’ll find the girlfriends she’ll need to carry her through the years. Womanhood, and motherhood is intense enough alone, may she find the friends that last. May she be especially lucky to have a friend or two from these early days lasting all the way into adulthood. May she not be afraid to forgive, and love. May she be strong enough to know when to walk away, draw boundaries, and stand up for herself. May she find refuge and soft places to land throughout her lifetime in friends, but especially in motherhood. 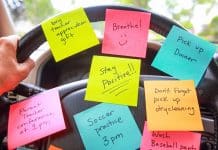