It all started as a compromise. I’ve wanted a dog for years, my spouse does not want one until our kids are a bit older, so we met in the middle with an agreement to do animal foster care. I was more excited than my kids in Target’s toy aisle. I have now fostered two 5-month-old puppies and a 3-year-old mama cat with five 10-day old kittens. Little did I know it was going to be an incredible experience, teaching me more than I could ever teach my foster animals and making me a better mother to my own children. 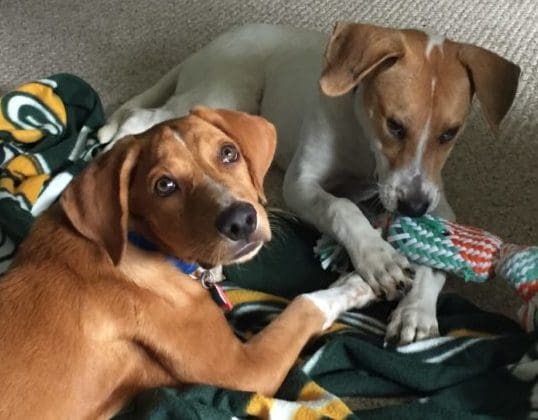 Happiness and love. It goes without saying – each time I pick up a new animal to foster, it is love at first sight. I cared for mama cat like my mom cared for me at my most vulnerable, uncomfortable, and scariest time in my life, right after I had my first baby. I empathized with mama cat–she needed a break from nursing and taking care of babies, to eat, drink, and pee alone. I took care of her babies for her. I fed and watered her. I was her friend who just kept her company, petted her, and listened to her purr.

Caring for these precious animals makes me happy and reduces my stress. They have been my light through a few very dark months, dealing with the loss of my grandma, family illnesses, and life’s other growing pains. Simply put, they make me happy, which makes me a happier mom and restores my love for mothering. 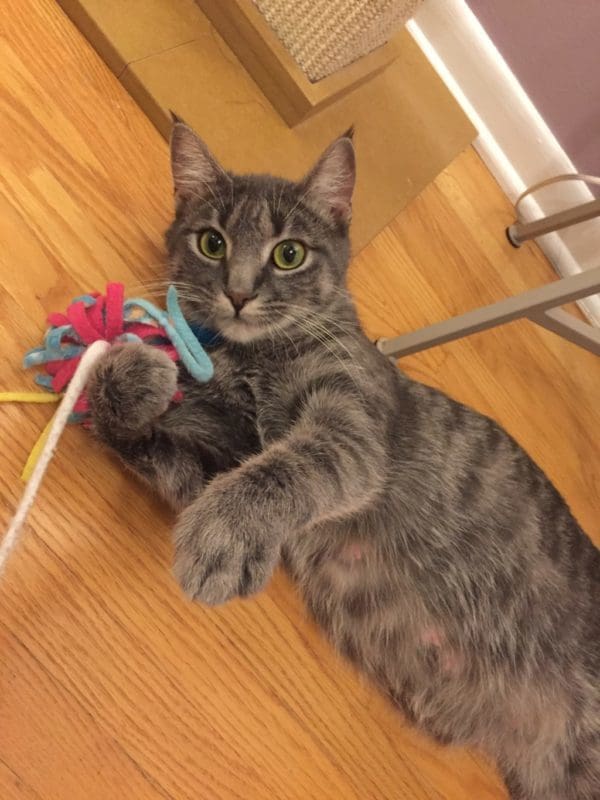 Patience. Seeing the animals grow and thrive is beyond rewarding, but it takes time. One of my dogs was afraid of everything–cars, stairs, vacuums, and lawn mowers. During one walk, he was so afraid of cars and lawnmowers I had to pull him out of the bushes and carry him home (while walking his sister and my own two kids). Within a few days and after a lot of practice, he acclimated to cars and even got excited for walks.

Foster animals remind me that when we are patient with our children, we help them grow and thrive. I’ve consciously been more patient with my threenager and his obsession with Batman pajamas. He is finally meeting me halfway–he only wore them to school once in the past two weeks. Extra patience really does pay off! 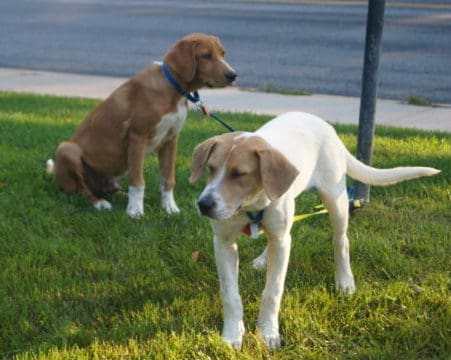 Uncertainty and second guessing. Once a mom, always a mom. Even as an animal foster mom, I kept second-guessing my care-taking abilities. While I was first caring for the kittens, they developed an upper respiratory infection and conjunctivitis. I took them in for evaluation and received medication. Over the weekend, one kitten wasn’t nursing well, so I brought him back and got kitten formula. I tenaciously fed him with a bottle and then a syringe when he declined the bottle. His weight stabilized during the week, but he still wasn’t gaining and wasn’t keeping warm, so I took him back again. He received fluids and injections and was given a “questionable” status, but I was told it was best for him to be with mom. I kept him with mom, on a heating pad, on my chest with a warming pack, everything to keep him warm. I continued small, but frequent feedings and he even suckled on the bottle. I did the late-night Google-fests and called on my village (including my “mama cat lactation consultant” and other foster volunteers).

If I can ask for help to take care of a kitten, why can’t I ask for help with my children? I have finally given myself permission to ask for help when I need it. Although it may be five years late, at least it’s better than never. 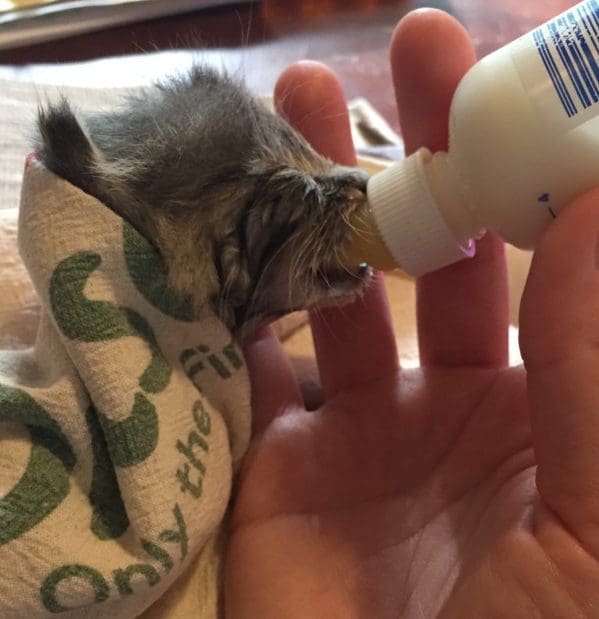 Heartache and letting go. Parenting is not without heartache and growing pains. I thought I would have an easy time giving the animals back because I knew they were going to a great forever home. I was wrong, yet again. I cried the entire way home after returning each puppy. I’m dreading taking mama cat and her kittens back in two weeks, too. I know they will go to great homes, but I invested so much love and care, we bonded so well, that I want to keep them forever. I felt the same heartache when I watched my daughter get on the bus for her first day of kindergarten last month.

I have learned, as a good mom, I have to be like Elsa and “let it go” so my children (human and furry) can grow and flourish in their new environments. Their permanent ability to thrive is more important than my temporary heartache. 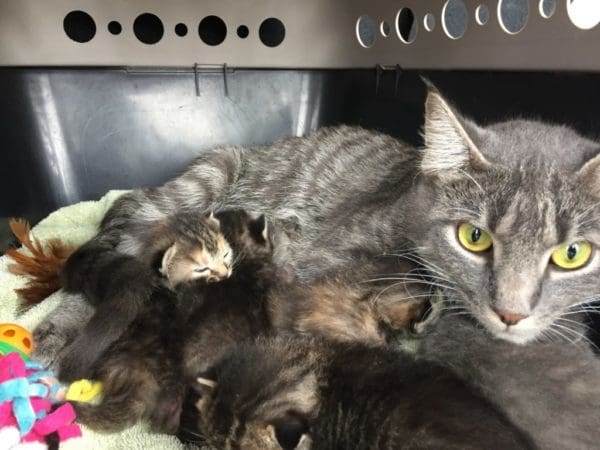 Forgiveness. As children grow, parents have a learning curve as well, often with bumps in the road. I thought caring for the kittens would be easier than the puppies–no potty accidents, no chewing shoes, no jumping on the kids–but I was wrong yet again. The morning after the sick kitten received his “questionable” status, I went to check on him. He was pretty tepid and not moving as much as usual. I warmed him up, cuddled him, and tried to feed him. He didn’t eat much at all and became even more lethargic. My kids named him Taco (Talk-o) because he was always talking, but that morning he wasn’t making any noise even when he opened his mouth. I brought him in right away, but when I got there, he was already gone – most likely he passed in my arms. I took this loss extremely hard, blaming myself, questioning everything I did, and coming up with insufficient answers. Through tears, I apologized to mama cat. She meowed, rubbed her head on my hand, and plopped on my lap–her way of forgiving me and telling me I should forgive myself too.

Accidents, loss, and trauma are unfortunately part of parenthood, but forgiveness should be too. Losing Taco wasn’t my fault, just like miscarriage or my son falling and chipping his tooth wasn’t my fault. Sometimes things just happen without sufficient explanation. We need to forgive ourselves. 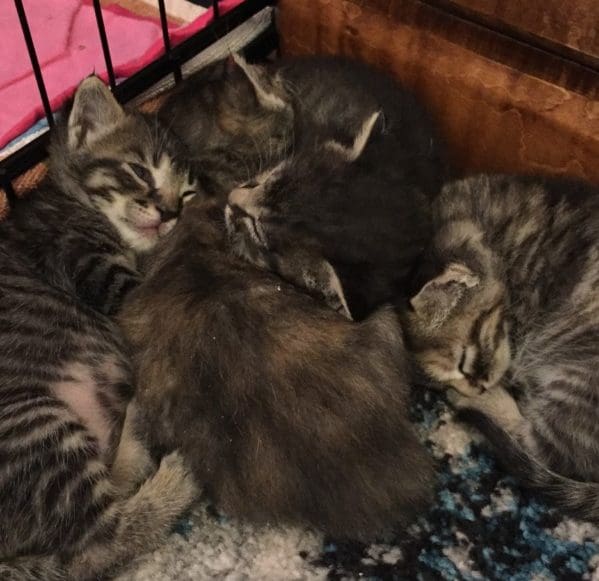 Do it all over. As a parent (human and furry), we agree to let our hearts be broken again and again. Whenever I take on another foster animal, I know it’s going to be temporary. However, the process of helping them recover, thrive, and grow, is worth it. Just like parenthood, the heartache will be overshadowed by happiness and love. 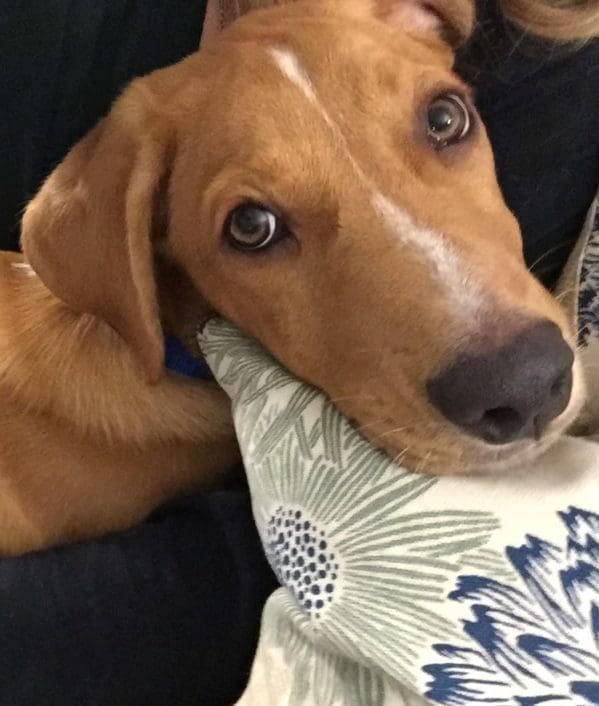