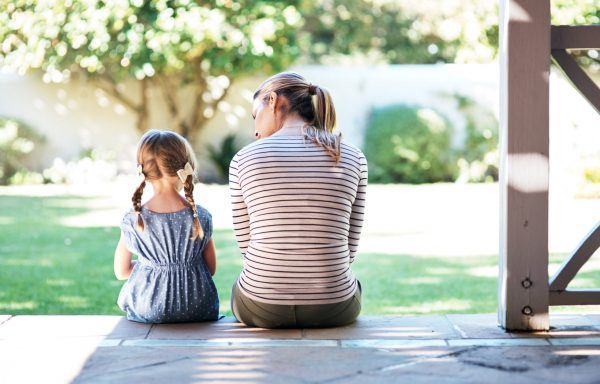 I’ve never liked the way we label ourselves as parents. It’s difficult enough for me to pick a team when I make my March Madness brackets. As a new parent, the idea of choosing a “side” for parenting made me completely squirmy. Who has the better jersey? Which mascot is cuter? The notion that there is a right or wrong way to parent feels like a disaster from the beginning for any mother. Hi, no, sorry there’s no instruction manual for your child but here is this rulebook for your chosen parenting style. Read it carefully in between feedings and diaper changes. Break the rules, and you’ll be shamed for life. Good luck!

In classic Enneagram Nine Peacemaker personality type I decided I would not pick a side. I would follow my child’s lead to understand who they were and what they required for guidance. A create your own adventure style works for me!

However, if pressed, I would have told you I planned to follow a Gentle Parenting approach. This particular parenting philosophy is one that promotes a relationship with your child based on willingness and choices, rather than demands and rules made by a parent. It teaches children to make good choices by using positivity and patience, rather than fear and punishment. It takes a team approach rather than a top-down method where both parent and child work together to grow and learn. Even the word “gentle” aligned with my personality so this felt like a natural choice for me.

With my first, this method worked perfectly. Once we both got through that first year culture shock, Gentle Parenting was easy. I didn’t need to read any books or follow any child psychologist on the internet or join any Facebook groups to tell me the rules for my chosen philosophy. I just listened to my daughter and her needs, and acted accordingly. What a lovely field of daisies we skipped through she and I.

And then my second came along.

The same people that like parenting labels might also call this child the “spirited” child. With him, every emotion is expressed off the scale and every boundary is put through rigorous testing. I discovered that what I thought was “Gentle Parenting” with my first was actually just “parenting a gentle child.” My second taught me why I really needed Gentle Parenting. Because if I wasn’t gentle, one of us was not going to survive.

This is how I became intimately acquainted with the world of Gentle Parenting on the internet. There are a multitude of therapists offering their empathic wisdom on navigating parenting challenges. I follow many of them on social media and comb through their advice to find what best supports my needs (i.e. which ones don’t make me feel bad about myself and then forward the links to my husband with the simple caption “READ THIS!”) I throw the lingo around like it’s my fight song. “Two things can be true at the same time!” I refer to the therapists by their first name like I have an intimate relationship with a personal guru when in fact this person doesn’t know me from any of their other 5 million followers desperate for any nugget of truth to rescue them from their “spirited” child.

But there is one very important guru I missed entirely in my search.

You might know him as the lovable college football coach turned, well, football coach, but the kind only Americans understand as soccer, in last year’s hit series starring Jason Sudeikis. If you’ve been anywhere near me since last December after we got past pleasantries I would have asked you if you had watched Ted Lasso. And likely if you had not I would have told you to leave and not come back until you had. The show is as unlikely as they come to something I would like. And that is why it is so charming. I fell in love with Ted Lasso’s character, and it took me a few episodes until I realized why.

No, you won’t find him sharing messages on his Instagram stories or running workshops to save your relationship with your child. But as I studied his coaching techniques I discovered there was more to his character then fun-loving entertainment.

Everything I need to know about parenting I can learn from Coach Ted Lasso.