Even before we are born, stereotypes are created for us – mostly due in part to our gender. From colors, toys, and sports, we are born into what society defines as being acceptable for a girl or boy. Breaking those stereotypes is difficult. Even in my own home, if I encourage my boys to do and like whatever they want, stereotypes have played a role in how they voice their likes. If a boy doesn’t like the usual boy stuff, they can be teased about it. Kids are born without bias, but over time it develops from observing other adults, siblings, and friends in their lives. 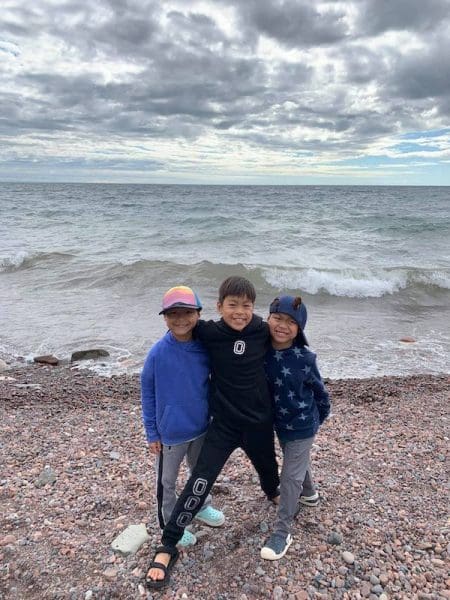 At times, I forget how self-conscious a child can feel, even at a young age. I have four very different boys. Each one has their own interests, favorite foods, favorite sports, and favorite music. The list goes on.

I’m proud they know what they like. It makes my life easier when it comes to picking out presents for holidays and birthdays, and who owns what when putting items away around the house.

Yet hand in hand with this comes the worst part of being a parent for me – the fear of my kids getting hurt. Not just physically, but emotionally. You hope every day that what you are doing is enough so they know they are amazing, and build that self-confidence we want them to have. Growing up, I was not always confident in who I was.

Culturally, I had the additional challenge of being Asian, where my parents fit the stereotype of not always vocalizing they were proud of me while expecting me to get straight A’s in school. Even if I got an A-, I always heard I should be doing better. That can be a lot to handle for a kid when a parent expects perfection.

From what I experienced growing up, I knew I wanted to be different with my own kids. I want to show them that even if I am tough on them, I love them and will always be proud of them. In the end, I want them to be self-confident and know that I support them in who they are and want to be.

But no matter how much love I show, there will always be others who make my kids question themselves. Most of the time, it’s innocent, but my kids still pick up on it. Younger kids have no filters. They say things that come to their minds, without thinking of the consequences of their words. Sometimes though, it’s unconscious bias due to the stereotypes many of us have learned about what a girl or boy is supposed to like or do. Where we learn stereotypes can vary from our parents, siblings, friends, or even the media.

Not long ago, one of my sons received a t-shirt with his current favorite musical group on it, BLACKPINK. He put it on as soon as he received it. (If there is something my kids like to wear, they wear it until it actually wears out.) To my surprise, he didn’t wear it to school for weeks. When he finally did, he asked my husband to zip his hoodie all the way up, saying he didn’t want anyone to see it. My husband said that it’s cool and you should show it off. At home later that day, he told us he was teased about it.

Someone had said, “Ew, why are you wearing a girl’s shirt?”

We told him that it wasn’t a nice thing to say. There’s nothing wrong with your shirt. They are a very popular group right now and we like their music too.

He shrugged and said, “I just walked away and didn’t say anything.”

Even though I’m proud of him for walking away, a part of me hurts. He knew before he went to school someone might say something about his shirt and tried to avoid it.

He’s only eight and in second grade.

Boys Will Be Boys

When boys rough house and wrestle, you often hear: boys will be boys. When a girl does it, she’s labeled a “tomboy.” When a boy plays with dolls, it’s not always accepted by others. The gender stereotypes go on, with this view tending to travel all the way down to colors kids wear. I’ve never seen a girl teased because of the color of their shirt, but if boys wear pink…. 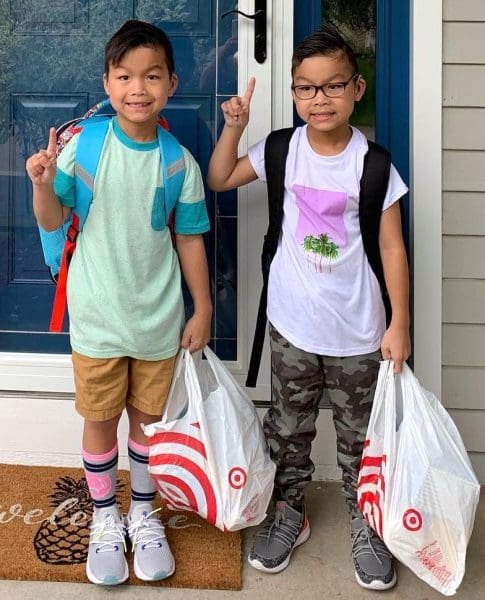 While old school thinking is slowly changing, there are still stereotypes we need to break.

Is it wrong for a boy to like music sung by a girl?

Is it wrong for a girl to like to play tackle football?

No, but stereotypes can make us believe they are. Not all boys like sports and not all girls like dolls.

Raising a son or a daughter does have its differences, but let’s not dwell on old stereotypes. As a mother to all boys, I will let my son cry when he needs to without shaming him. I will let my son enjoy the music and activities he likes without labeling them acceptable or not.

And I will continue to always tell my boys not worry if they like things that are different from each other or from other kids. You will like some of the same things as your brothers and your friends, but no kids are exactly alike. Your likes and interests match who you are and if it makes you happy, that is all that matters to me.