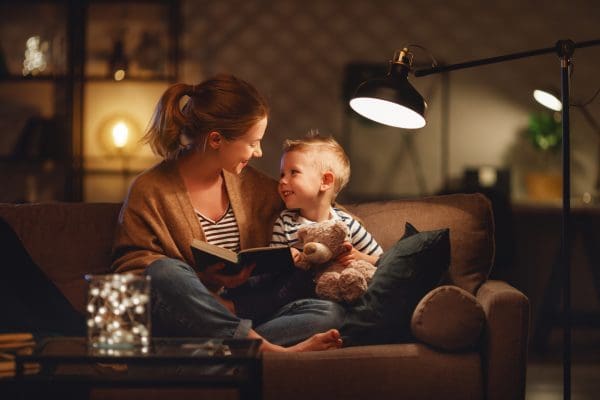 A week ago, my son Everett, who is 4 years old, started negotiating with me like a well-seasoned cars salesman. He wouldn’t take “no” for an answer and I was pulling teeth to get him to do anything. I was completely burned out and mentally exhausted from playing his mind games. He was starting to decode my mothering strategies and using my own tools against me. He would say things like, “If you don’t let me go outside, then I won’t take a nap for you.” I thought to myself: Oh boy. . . Houston, we have a problem.

I felt my confidence quickly fading away. Everything was a power struggle, a constant battle of the wits. I was so mentally depleted by the end of the day, that it was hard to recharge. I was tired of arguing, and most days I would simply give in to his demands just to avoid a tantrum. One day I woke up and realized my entire day revolved around what he wanted. I wasn’t prioritizing any mom time, which is critical to our wellbeing. It was to the point he wouldn’t let me go for a walk on a beautiful spring morning without throwing a fit. It hit me, he was in the driver’s seat and he knew he was in complete control.

In hysteria, I called my mom crying. I was sleep deprived and mentally exhausted. I explained how her precious grandson wouldn’t take a nap, as she could hear him saying “no, no, no” in the background. She said, “Oh boy, he really isn’t listening to you.” She went on to explain how ineffective my yelling was and how allowing my stress to take over was actually sabotaging my efforts.

In fact, when I’m in the thick of a battle with Everett, I can feel my blood pressure rise. My stress builds to explosive levels, and with my heart on my sleeve my son uses this to his advantage. Essentially, my own emotional state was making me vulnerable. I’m sure he was thinking: Mommy is almost at her tipping point, I just need to argue with her a little longer and she will surrender. I had no idea how destructive this was to the cadence of our day, as the power struggle between parent-and-child continued.

On top of this, I was beating myself up as I have been to Boot Camp, as well as one of the nation’s top military leadership programs. I couldn’t help but wonder why I couldn’t effectively lead this small version of myself? My mom explained that it was all in the tone of my voice and the confidence in which I delivered my message. In that moment, something inside of me clicked. A light bulb went off, and I realized I needed to start applying some of my military experience to motherhood.

It was time to take back what was rightfully mine. . . my “Mom-ness”. Being a Mom Boss is a tough job, but someone’s got to do it. So I pulled up my big girl pants and got to work. I could hear my mother’s words in the back of my mind, “if your kids like you, then you’re not doing your job right.” As her daughter, I can confidently say, she did an amazing job raising us kids and I love her more than anything in this world.

When you need something done, you should order it confidently and with authority as if you’re a highly trained military officer. Stop requesting politely, as if you’re asking a friend for a favor. You don’t need to yell it over a loud speaker, either. Use a voice of authority as if you’re a cop in town delivering a speeding ticket. Yelling it loudly will just weaken the strength of your command because you will appear unstable and stressed out. Changing my tone of voice has changed everything. Also, having the confidence in myself that I can follow through with my order. If you aren’t confident, you should fake it until you make it.

Secondly: Use Incentives or Punishment as Motivation

I took some time to consider what my son truly loves, so I could use it as incentive for good behavior, and motivation to listen. This ranges from screen time and special privileges, to treats and fun activities. When I need him to nap – something he really struggles with – I remind him if he takes a good nap, when he wakes up we will play in the sandbox and have a treat. Conversely, if he refuses to clean up his toys after free play, I might take away a special privilege or screen time.

When I was in military training, I wore my emotions on my face and struggled with managing my stress. My training officer would often say: Be a duck on water. This meant you could be back pedaling and drowning beneath the water, while appearing cool, calm, and collected above. The same theory has proven effective for me with my son. Instead of showing him the stress he’s caused me, I appear calm and confident. Sometimes I just need to take a deep breath, take two minutes to consider what he is negotiating, put on my poker face and deliver my final offer.

And final offer means final offer. In other words, no matter how many times they ask for a candy bar for breakfast, your response is consistently, “No, and that’s my final offer…” or “No means no…” On repeat. If you let up one time, they will know exactly how many times to nag and beg you for it in the future. If they ask why, the answer is simple: Because I’m the Mom Boss, and no means no. It might sound harsh, but trust me it’s effective. Kids need to know the boundaries.

Next: Make a Tentative Plan for the Day & Brief Your Troop

Kids want to know their daily schedule, just like adults! It doesn’t have to be detailed and it can change at any time. You’re the Mom Boss, right? You make the rules, you set the plan. But it helps kids know what to expect. It can be as simple as: Breakfast, then outside play, followed by lunch, and nap.

This structured schedule will provide security and make them feel safe. Even more importantly, brief them a couple of times before they have to do something they don’t enjoy, such as nap time. This will help you successfully transition from doing something they love to doing something less desirable. I usually give Everett three curtain calls for bedtime. Once about half an hour before bed, again at the 15-minute marker, and finally five minutes before. This allows him to process the negative emotion in small bite sized increments, and he’s more cooperative at the final curtain call.

After That: Offer Them Choices

Let’s say our daily schedule includes a morning walk. For some reason, my son doesn’t particularly like going for a walk. Maybe it’s because he knows I want to do it, and his singular purpose right now is to defy me. But that’s okay. I still will brief Everett, and tell him we are going for a walk after breakfast. I also tell him he can choose to either ride in the stroller or ride his bike. Offering choices will make them feel in control and hopefully distract them from the undesirable task. The more choices you offer in a day, the less resistance you should receive. Especially if you are having power struggles!

Expect some resistance once you try on your new Mom Boss title. It will be the hardest in the beginning, but with consistency it will get easier over time. I was lucky in that my son took well to these few changes. It’s only been a few days and my son is moving mountains for me!

Also, kids are smart. They will lead you on to believe they can’t do certain things to get out of doing them. My son always acted like he couldn’t get dressed or put on his shoes. It’s amazing how all of a sudden, he can get dressed in the morning without my assistance, put his shoes on or put away his toys simply because I’ve reset the expectation.

Lastly, don’t allow mom guilt to creep in. It would be amazing if I could only deliver everlasting joy and happiness to Everett, but that’s not realistic. He needs to experience the bad with the good, and it’s healthy to have that balance. (Even though “the bad” is just putting on his shoes before going outside. It still feels hard for him!) So don’t feel guilty for being a Mom Boss and make sure you include a little mom R&R into your schedule. Good luck mammas, you’ve got this! 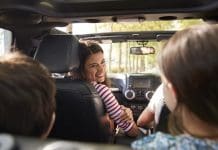 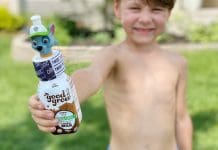 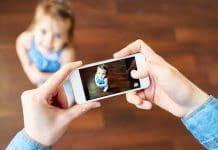