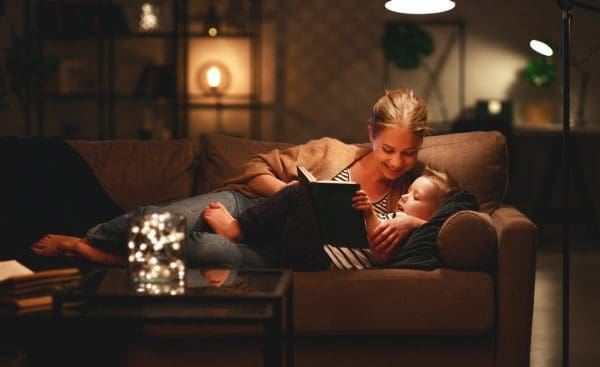 It was the end of the bedtime marathon and I was ready to take my victory lap. My youngest was asleep, or nearly so, in his room. I’d changed his diaper, put on his jammies, read the requisite three books, sang a song, and rocked him almost to sleep before turning on the sound machine and turning out the light. Then, I’d moved on to the twins’ room, across the hall, as they changed into their pajamas before I read their books and tucked their blankets in tight.

When I was done, I walked out of their room and took a seat on the top step. I collapsed there, really, leaning against the banister in the dark of the early evening. It had been a long day, the kind of day where sitting feels like its own special sort of treat. A moment later, my oldest son emerged from his room and tiptoed to the bathroom. He went potty as I sat there in the dark, the light from the bathroom partially illuminating the hallway, wondering if he saw me. He finished and turned the bathroom light off.

“Mommy,” he asked, as he crept back to his bedroom (Busted, I thought.), “Can you stay upstairs with me?”

“Why?” I asked with a tired sigh. This was an unusual request from him. 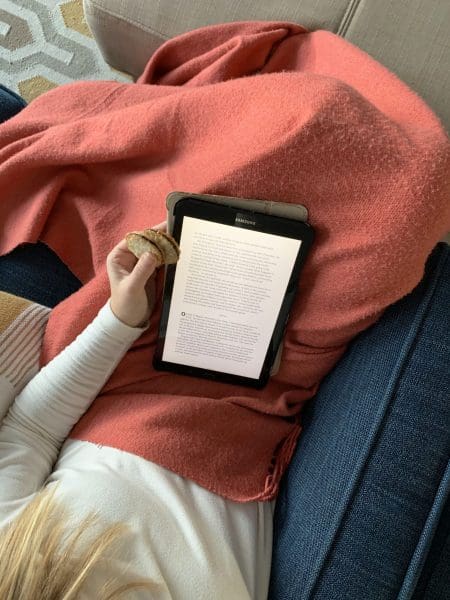 Too often, I feel the need to justify my actions. I make dinner because we need to eat and fold laundry because we need clean clothes where we can find them and write an essay because I have a deadline. I read this book because it’s due back at the library and bake muffins to teach my kids about cooking and walk around the park because it’s good for my body to move and eat a snack so my blood sugar doesn’t dip to the level of hangry. I feel as though my actions need a purpose, a reason: See? Look at what I am doing and why I am doing it!

It’s difficult for me to do something “just” because. If it’s not productive or required, it feels all too easy for me to write off.

But I’ve been thinking about that “because I want you to” comment off-and-on for the past couple of years. I think there’s a reason it’s stuck with me, without even having to refer to the note on my phone. I think he’s onto something.

My youngest just turned four and likes to be rocked at bedtime in the rocking chair in his room. We read books before he slides off my lap and across the room to turn the light off and the sound machine on. He snuggles in, I sing a song (current request: “All is Found” from Frozen 2), and we say a prayer. Then, we just rock. It only lasts a couple of minutes, this small remnant of his babyhood. But his eyes grow a little bit heavy as we sit in the dark, before I carry him over to his bed and tuck him in. Rocking is one thing I do for him, just because he wants me to.

I used to resist. The days are still long and being trapped in a chair when he could theoretically put himself to sleep, after a day I’ve already spent 12 hours with this same tiny human, seemed like a trap.

“No,” he would say, when I made a move to put him in bed immediately after our prayers, “Rock.” It took me a few times to realize he didn’t mean he wanted to be rocked completely to sleep. Or even for five minutes. Only a minute or two added to our routine to close out the day. Just because.

I don’t feel the need to justify this – the rocking of my four-year-old. It’s only recently I’ve begun to stop needing to justify things for myself.

I started knitting. Just barely. I’ve knit a few rows of a somewhat knobby scarf and that’s about it. I’ve wanted to learn for a few years now, but it seemed silly. Why on Earth did I need to knit? I already have more than enough to do: to cook, to launder, to read, to clean, to write, to be responsible for.

Still, my fingers itched to learn. 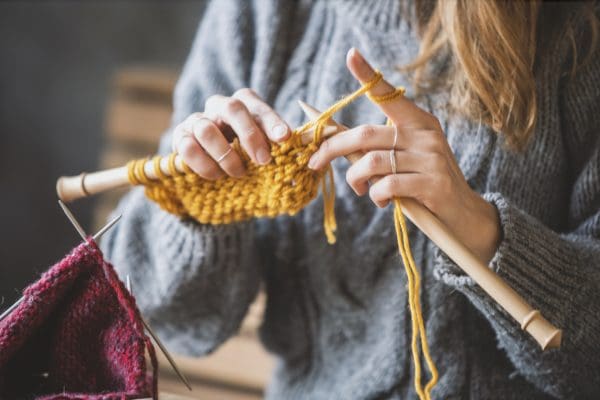 There’s a knitting group at my church. “I’ll teach you,” one of the women said to me. “You don’t even need to bring anything. I have yarn and needles and everything you need.”

So we sat, one Sunday during coffee hour, on an old plush couch side-by-side and she showed me the first basic stitch. I grabbed on quickly. There was something about the rhythm and the way it consumed my attention. I’m still an awkward knitter. I have to remind myself about what goes where and what comes next. I’ve started watching YouTube videos. I taught myself how to “cast on” to begin a project and refreshed my memory of what she showed me that Sunday morning.

I look forward to it now – grabbing even just ten minutes here and there to sit and wrestle with the yarn, to knit a row or two only to pull it all out and begin again. But I’m doing it just because. Just because I want to. And that’s more than reason enough.

So now I’m curious… What do you do just because you want to? 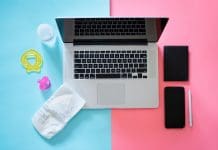 Working Mom In All Things 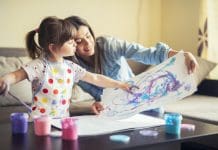 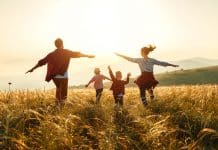 Working Mom In All Things

Aimee Norasingh - March 30, 2020 0
I’ve always worked outside of the home and I’ve never really thought of doing anything else. My husband is self-employed and has always wanted...

Peculiar Blessings During this Time