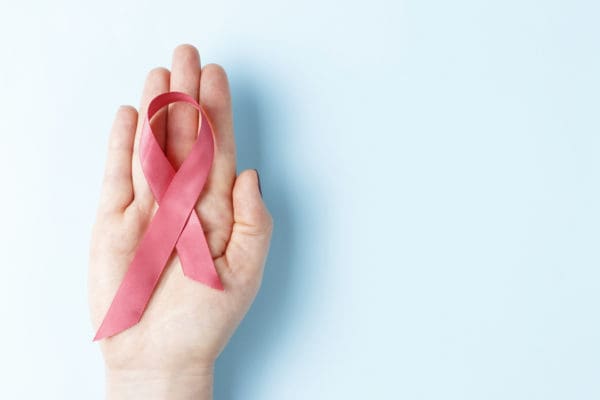 I scheduled my first mammogram for two days after my 40th birthday.  I figured the sooner I got it on the calendar the less I would have to worry about it.  I wasn’t necessarily scared of the procedure aside from it being something I had not experienced before.  I was mostly terrified of someday having breast cancer like a growing number of women in my family have – including my Mom, an Aunt, and a cousin.

I have an irrational yet real fear of needles and get nervous about medical procedures.  I have almost passed out multiple times when having blood drawn or getting a flu shot, so I now ask if I can sit or lay down during the process.  Many wonder how I birthed two children.  One of the worst parts of childbirth, in my opinion, was the enormous needle jabbed into my arm, otherwise known as an IV.  I couldn’t even look at it!  I consider nursing to be a noble, selfless, and caring profession – one I was never able to consider as a career for myself due to a minor detail (needles)!  Thank you to all the nurses, phlebotomists, and doctors who have not made me feel like a big baby for this fear!

I showed up for the mammogram appointment and everything was going fine.  I was apprehensive but generally felt okay.  Then, one breast down, mid-mammogram, I managed to get out, “I think I’m going to pass out,” just before waking up on the floor with my head resting in the mammogram tech’s lap and a nurse who was called for backup asking me if I was okay.  I was okay, and so was the breast that had been compressed in the machine when I passed out, thanks to the quick acting mammogram tech who caught me as I started to fall.  I finished the procedure with the backup nurse standing behind me “just in case.”  There was no pain (or needles!) involved in the mammogram and I had eaten a hearty breakfast that day, it was simply my overwhelming fear that caused me to pass out.

The mammogram tech informed me I would be hearing the results of the mammogram within a few days and that sometimes additional testing is needed but it doesn’t necessarily mean that anything is wrong.

A few days later I heard from the office that there was an area of concern in one breast and that a diagnostic mammogram, and possibly an ultrasound, would be needed.  This was my first mammogram so there was no baseline image to compare to and dense breast tissue in younger women can look suspicious.

For someone who has perfected worrying into an art form and has an innate fear of breast cancer due to family history, there was only one obvious option – take to Google and plan for the worst case scenario!

Why had they gotten me in for an appointment so quickly for the second mammogram (the next day)?  I was thankful this was less time for me to worry but concerned about what the quickness may indicate.

It was probably nothing, but didn’t they always say that until it was something?

A double mastectomy?  Yes, I could be ready!  I’d had 40 years with these breasts, sported a bikini one time back in the 90s, was able to breastfeed two children, and felt like they kind of got in the way when I ran anyway.  Please, take them!

Anything to avoid going to the place in my mind too painful to comprehend – the thought of going through what my Mom had gone through and the ultimate worst case – the possibility of my two daughters growing up without me.

My Mom was first diagnosed with stage 2 breast cancer at age 52.  I remember exactly where I was.  I was in college at the time finishing up my senior year and studying for the CPA (certified public accountant) exam.  College was several hours from home, and when I called her to ask how she was, she struggled to maintain her positive attitude and conceal the side effects of chemo and radiation.  I felt guilty that I was far away and tried to avoid thinking of the worst that could happen to her.

She was diagnosed again, with stage 4 metastatic breast cancer that had spread to her bones, at age 65.  I remember where I was this time as well.  I had just started a new job.  I was sitting at my desk fearing the words “stage 4”, “spread”, “again.”  This time I lived states away from her and felt like she had dodged a bullet once but could she do it again?  Next came radiation burns on her skin, years of oral chemo treatment, nausea and no appetite, depression, medication induced type II diabetes, and many other side effects.

Thankfully my Mom at nearly age 70 is a two time breast cancer survivor!  While she is one of the lucky ones who survived this disease not once, but twice, the laundry list of procedures, fear, pain, side effects, waiting, follow up tests, bad news, good news, and the lingering never-ending fear that remission can end at any time continues for her.

At my second mammogram appointment, I waited in a gown, open to the front, in a small waiting room with a handful of other women and heard soft music playing.  The other women were much older than me, and as I looked around, I sensed in their faces lives well-lived, struggles, happy times, and the same sense of worry I held as I waited for my name to be called, regardless of our age differences.

I soon received the very relieving news that the area of concern was simply dense tissue and I could resume a yearly mammogram as normal.  I was also able to sit down for this mammogram, so I didn’t pass out.

For each text I get from my Mom about every six months saying, “It’s clear,” after a cancer scan, there is someone receiving the opposite news.

For all the other women sitting in the waiting room the day of my second mammogram, many were probably not as fortunate as I was to get good news.

For the sake of our moms, daughters, grandmas, sisters, friends – we owe it to ourselves and to each other to get the mammograms, do the breast self-exams, reduce the preventable risks, and stay in tune with any changes in our bodies.  Breast cancer may someday impact you, a family member, or a friend if it hasn’t already.  If you’re overdue for a checkup or mammogram, take advantage of Breast Cancer Awareness Month and make an appointment today!  Just try not to pass out during the procedure. 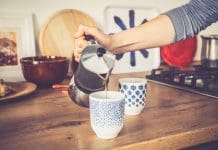 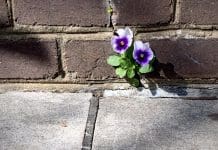 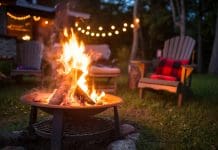